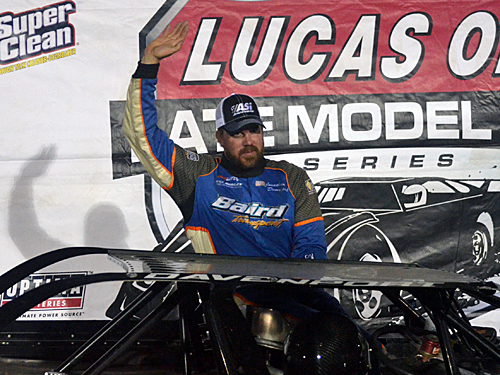 Jonathan Davenport waves to the crowd after winning the Silver Dollar Nationals 80-lapper. 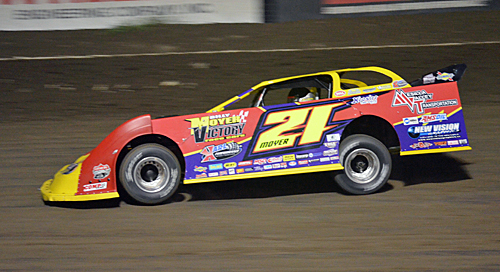 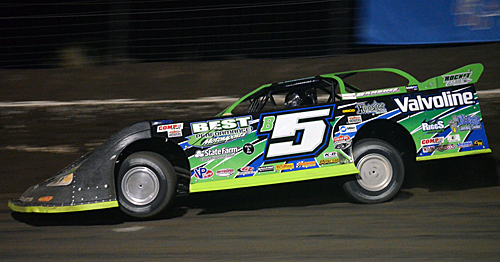 Brandon Sheppard had a impressive run in the main event, starting 25th and finishing third. 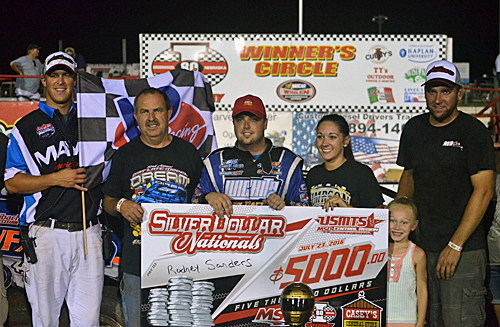 Rodney Sanders continued his dominance at I-80 Speedway with his seventh consecutive USMTS feature win. 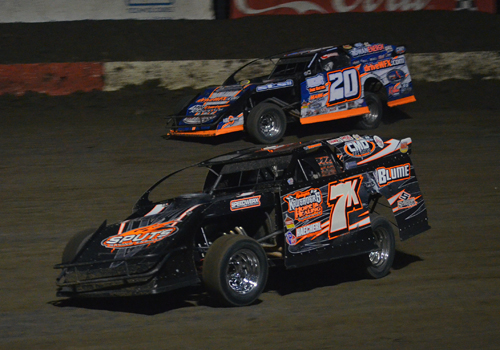 This was as close as Jason Krohn #7KK would get to taking the top spot from Rodney Sanders #20. 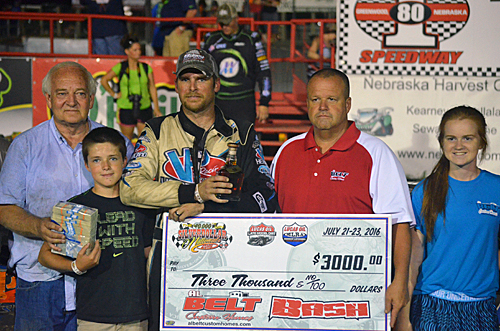 Brantlee Gotschall accepts his $3,000 check from Al Belt (right) after winning the 'Belt Bash' for non-qualifiers at the Silver Dollar Nationals. 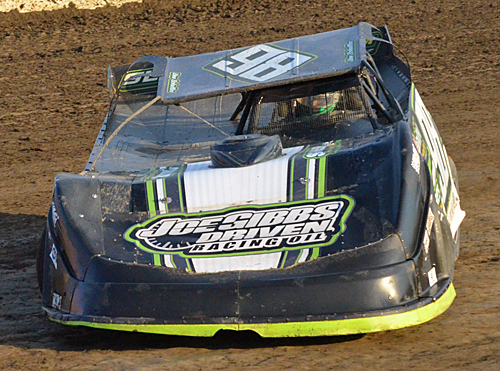 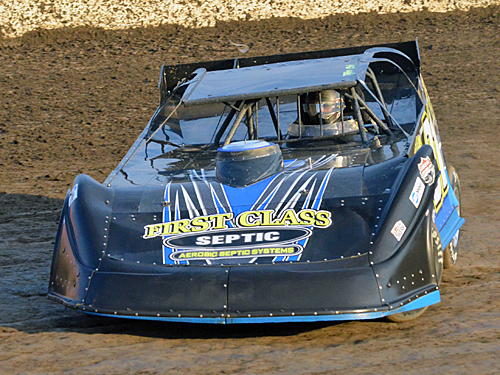 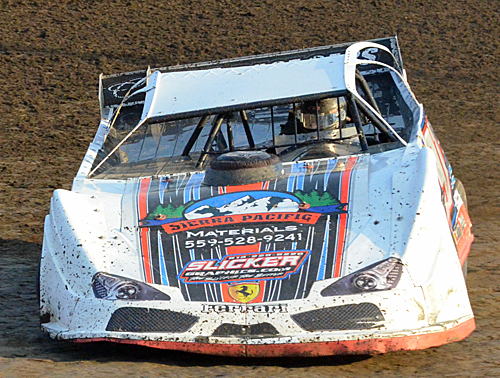 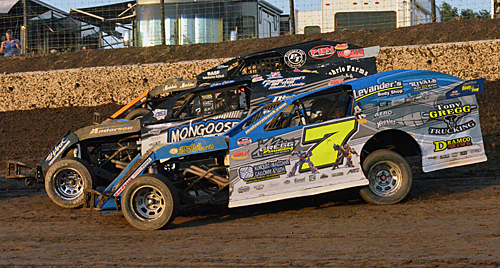 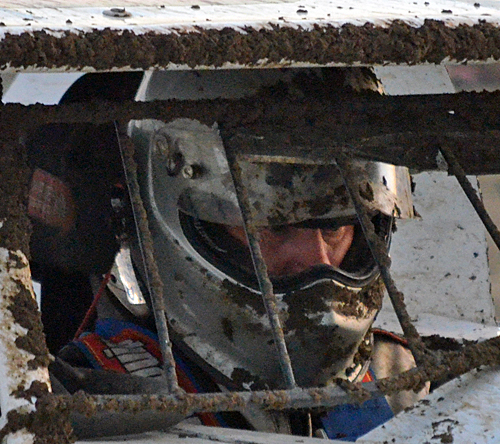 Derrick Hicks is a picture of concentration before his B-main. 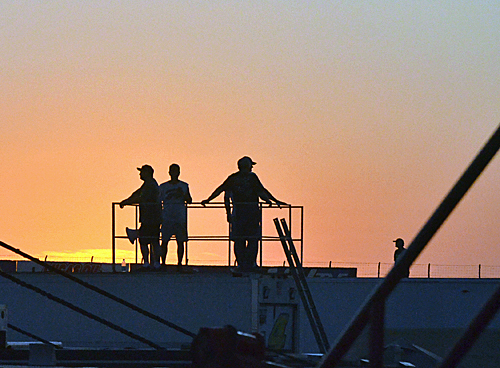 Watching the action atop the haulers. 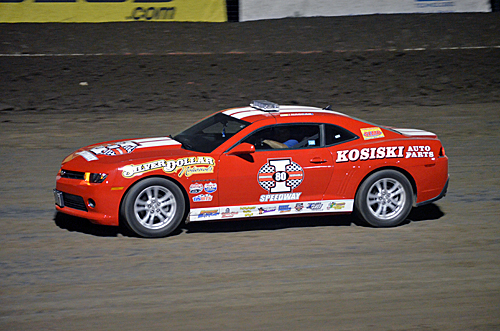 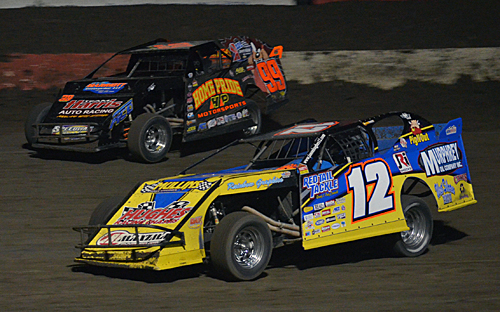 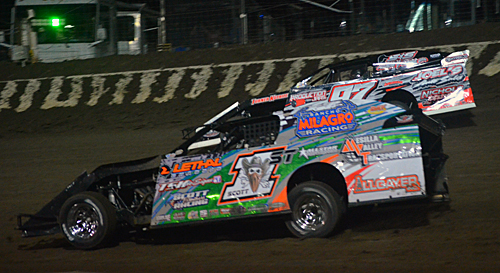