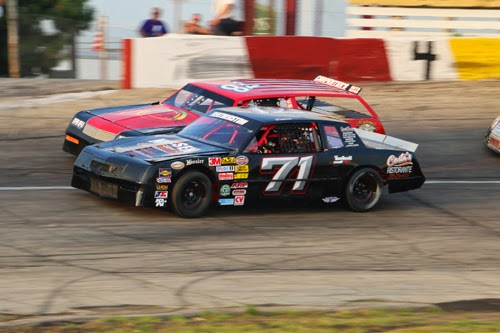 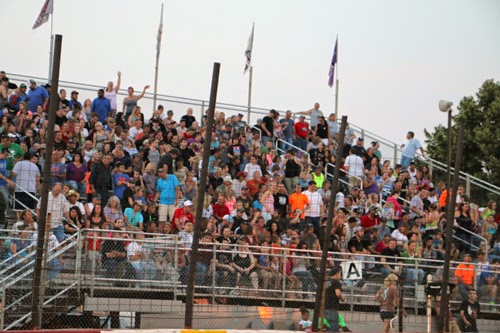 A capacity crowd was on hand to witness the very popular World Famous Figure 8 Trailer Race. 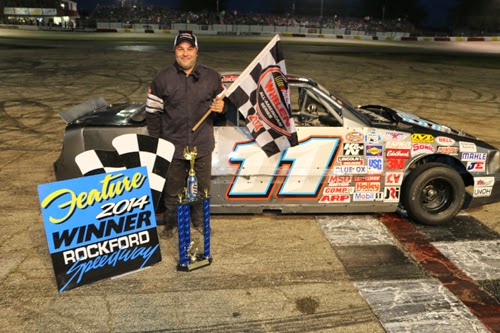 Nick Cina, Jr,#11  Belvidere, IL pulled out of storage his back up car and nursed it to a feature win in the American Short Tracker main event.  This car is sick, said Cina.  She coughed, sputtered, and blubbered her way to a win. 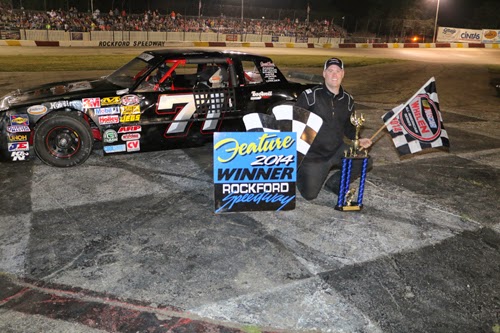 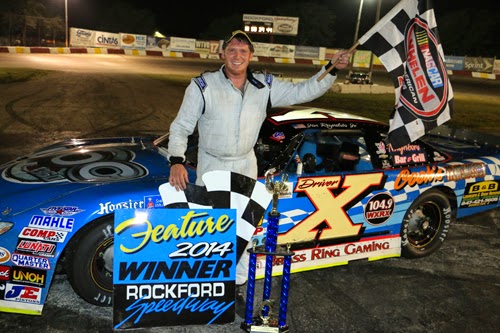 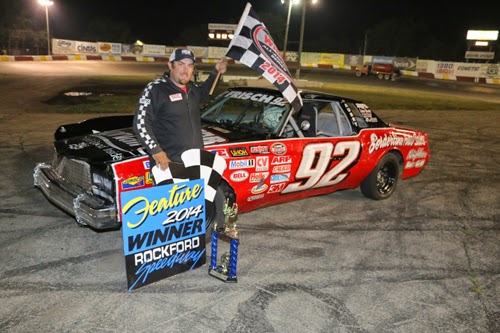 Bobby Frisch, # 92 Beloit, Il drove to victory in the NASCAR RoadRunner 20 Lap feature.  Frisch said, "that was the hardest I have ever run to win, but it was fun". 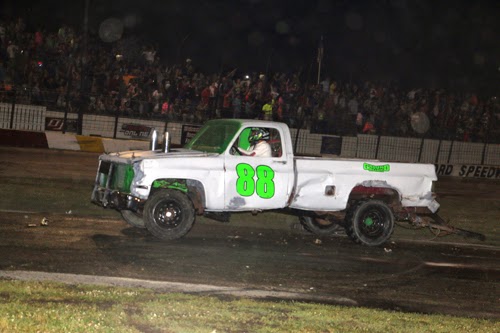 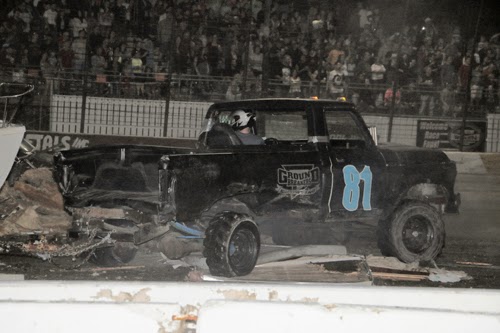 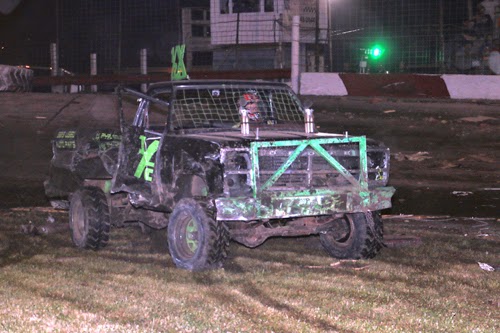 Action from the Figure 8 Trailer race saw these competitors crashing and bashing their way attempting to win. 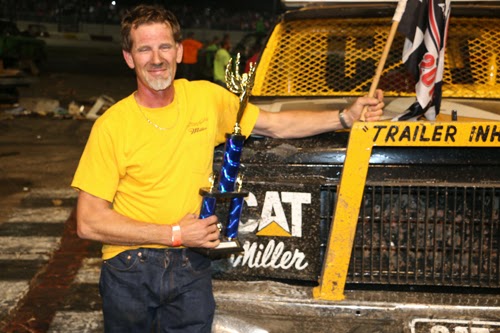