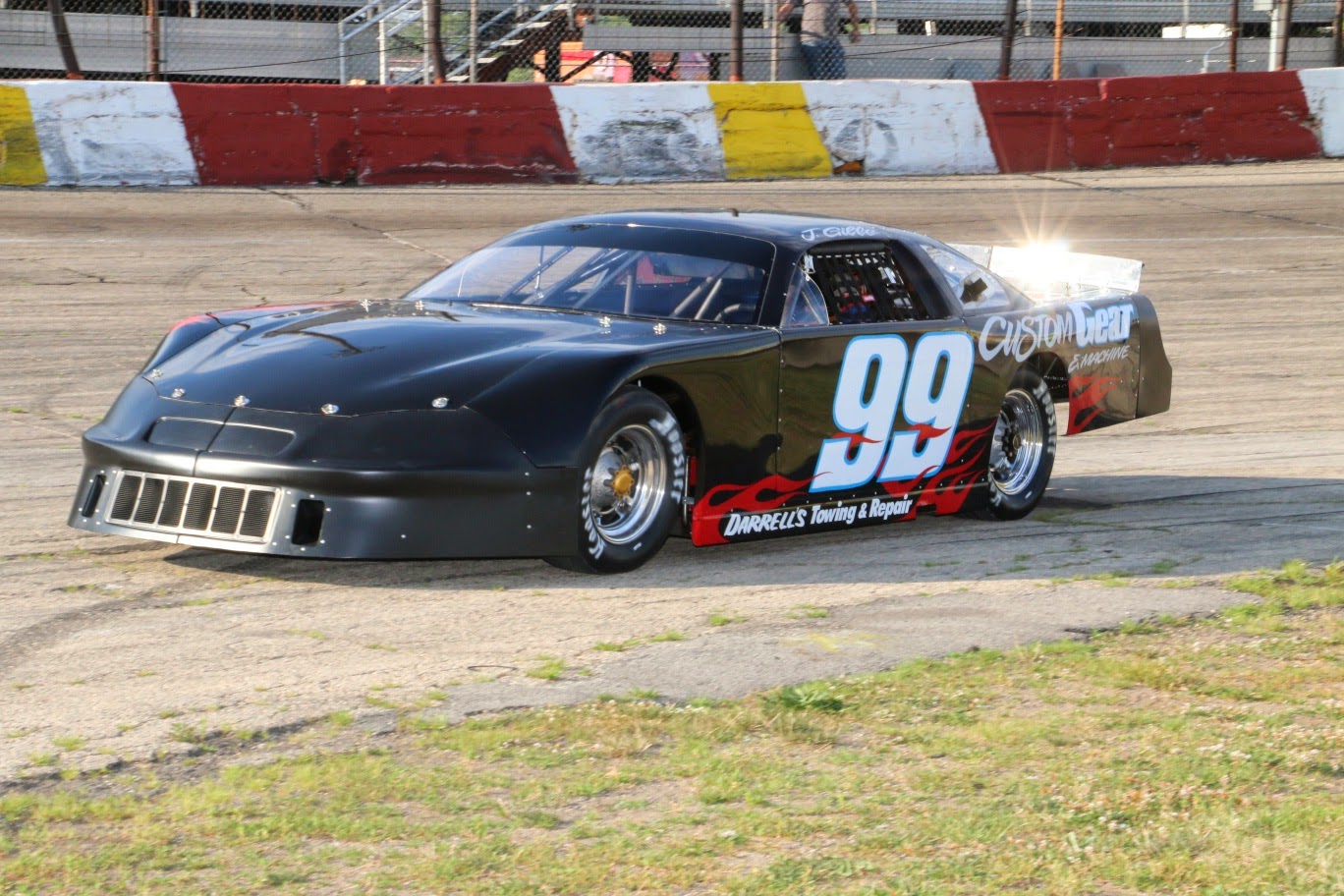 Jerry Gille #99 Roscoe, IL returns to the Rockford Speedway after a weeks absence to repair a heavy damage race car..  Jerry was very competitive throughout the evening. 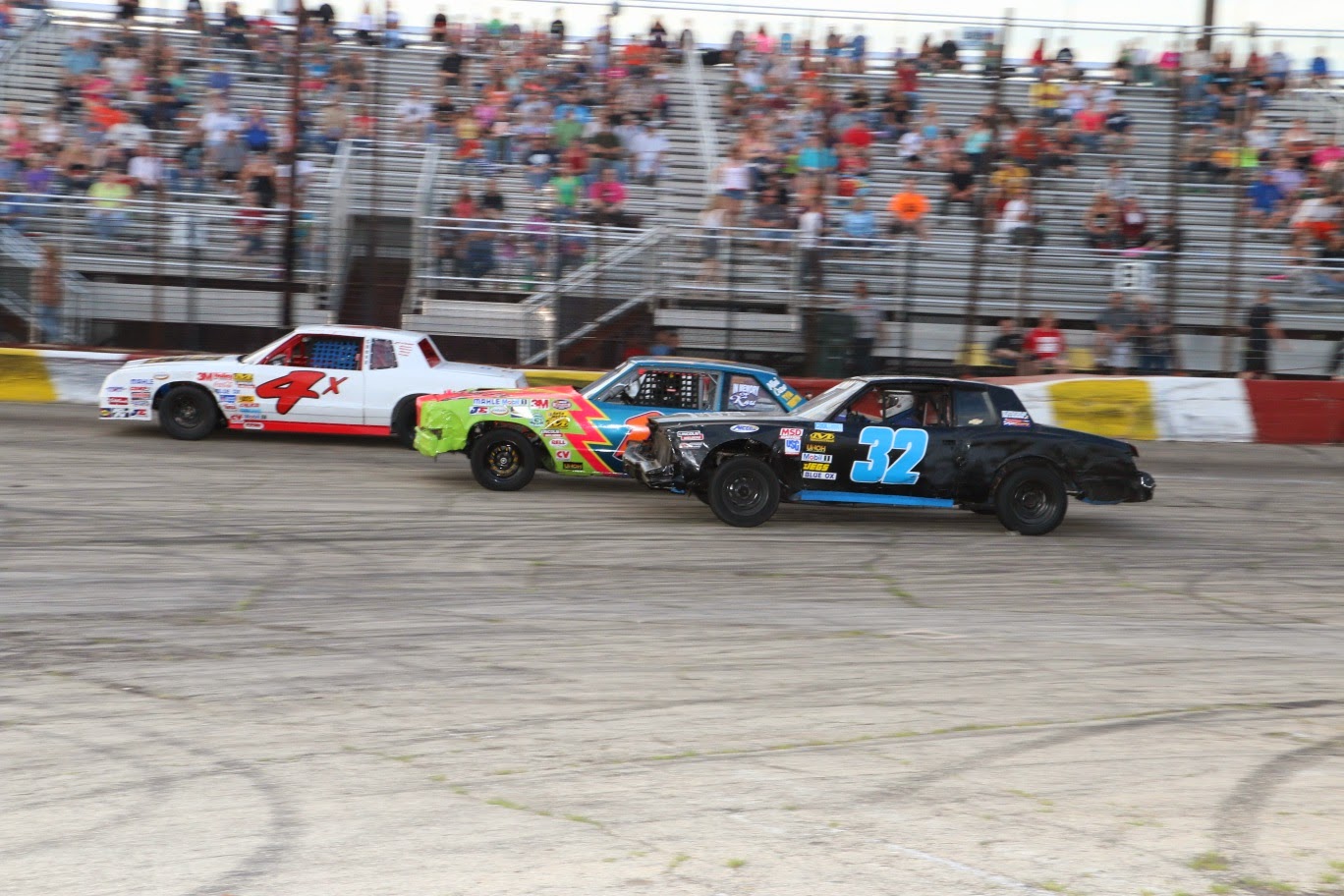 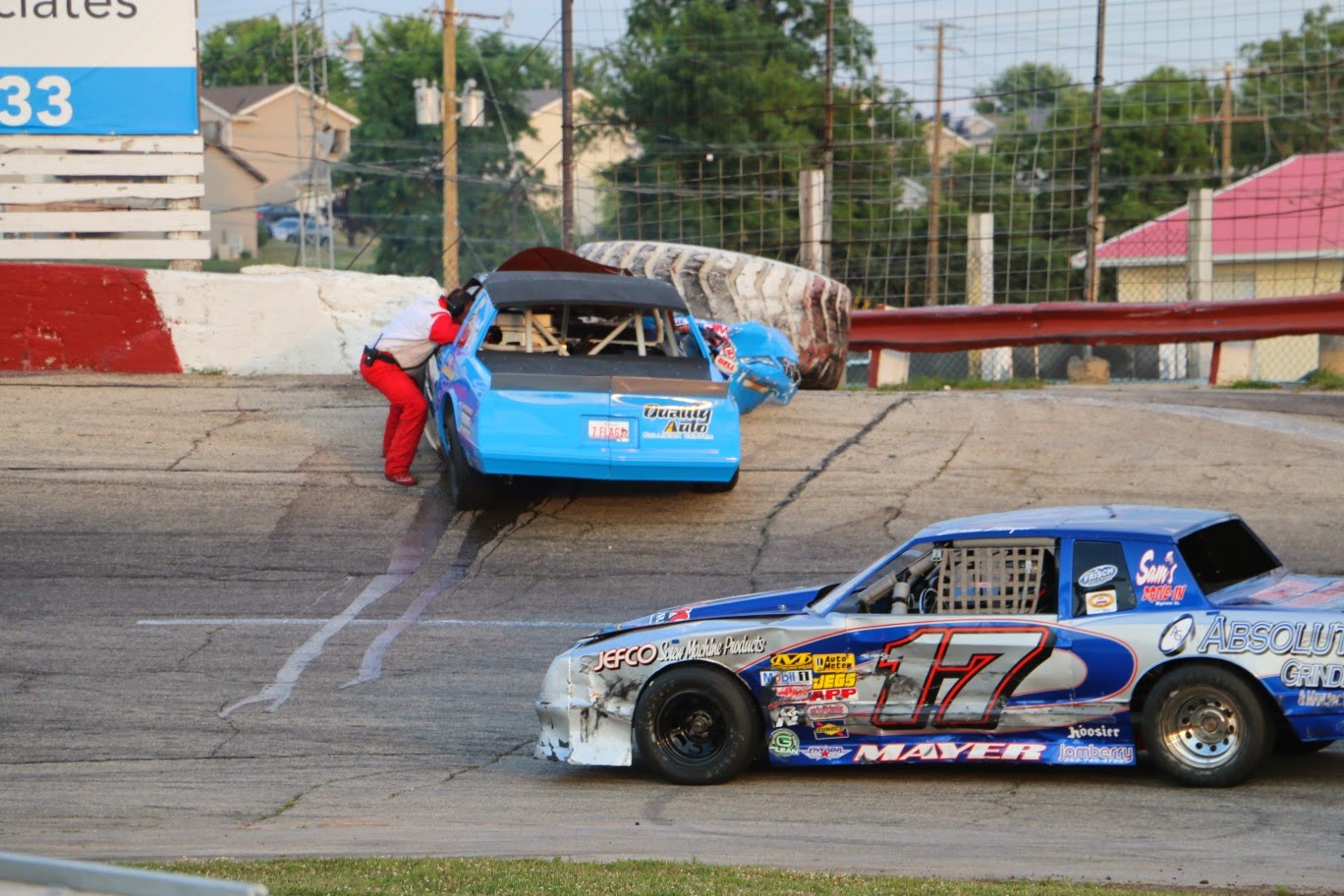 Rookie sportsmen driver Kodee Busekros Loves Park, IL # Q98.5 found his first night of the season a little rough going as he found his way into the turn three point.  He was not injured. 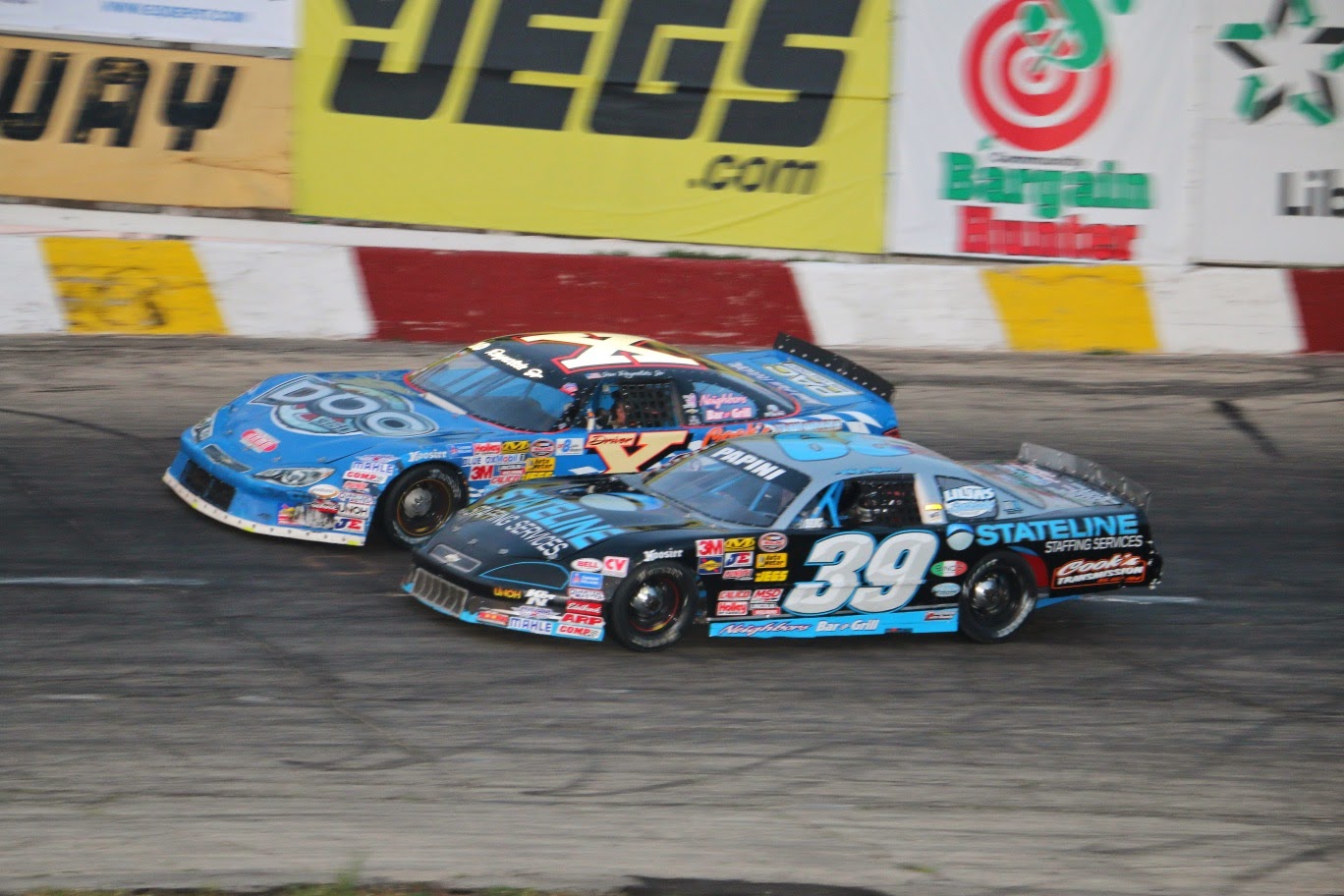 Alex Papini and Jon Reynolds Jr. race one another through turns 3 and 4.  Papini went on to win the main event of the evening. 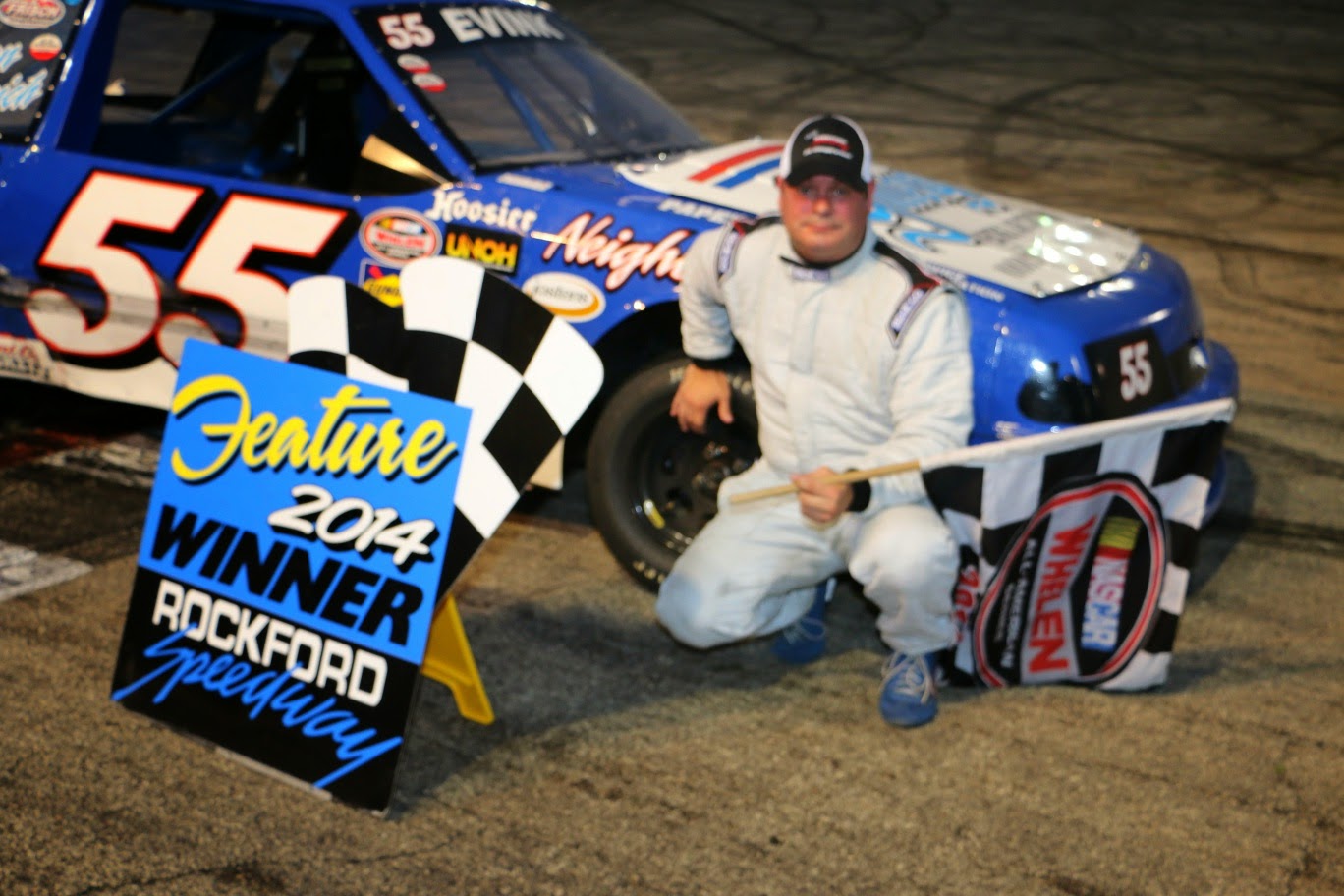 Kelly Evink, # 55 Machesney Park, IL raced away from the field to claim yet another feature win for the 2014 season. 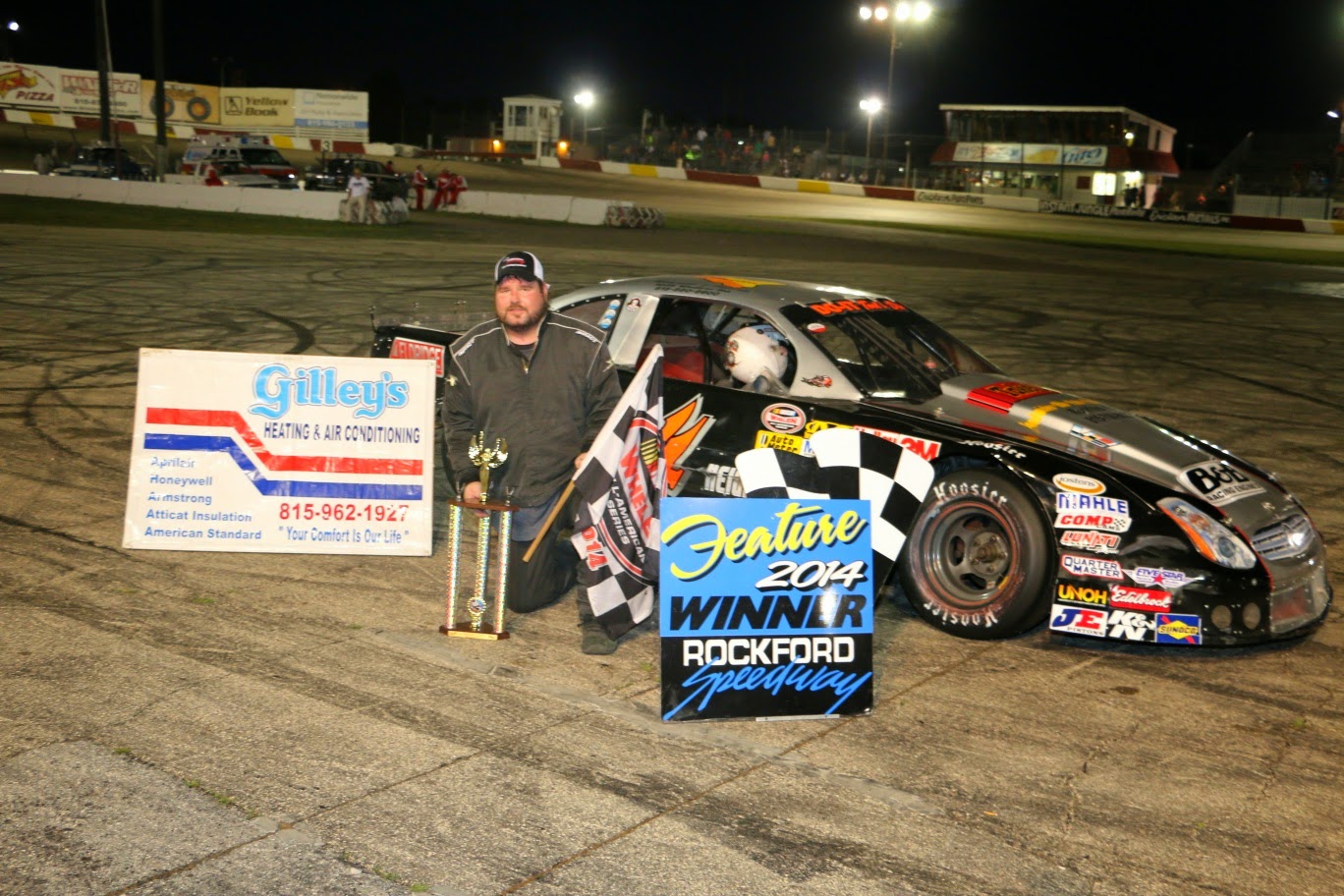 Daryl Gerke, # 64 Whitelaw, Wis; came from mid pack to pick up the feature win for the NASCAR Sportsmen. 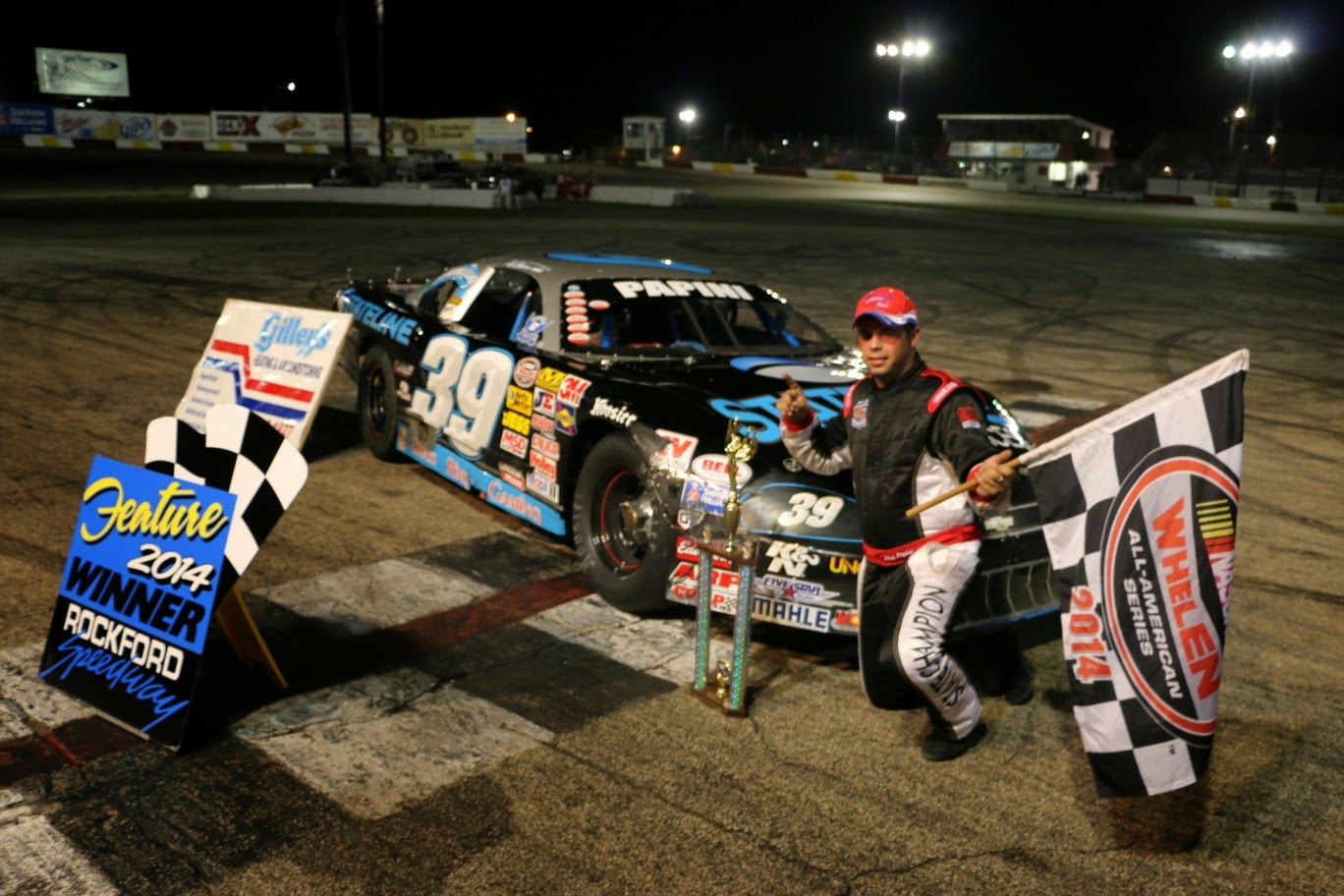