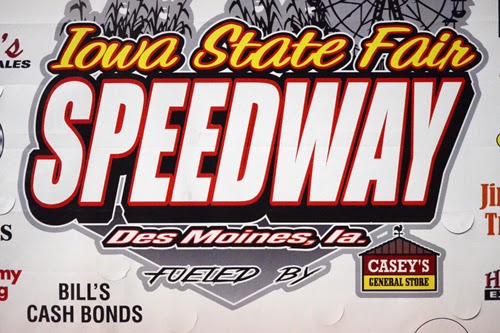 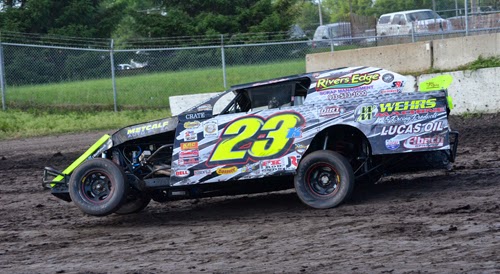 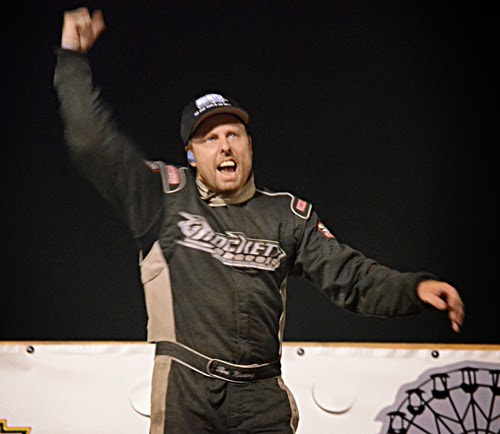 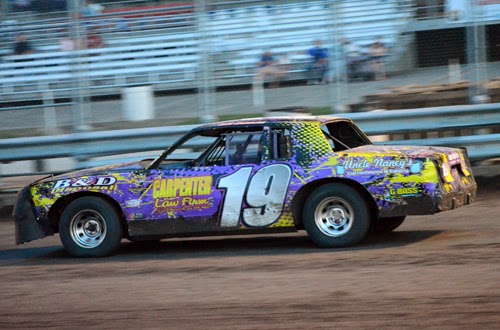 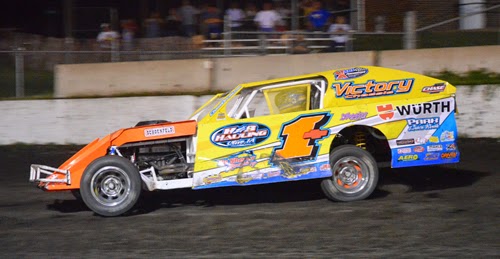 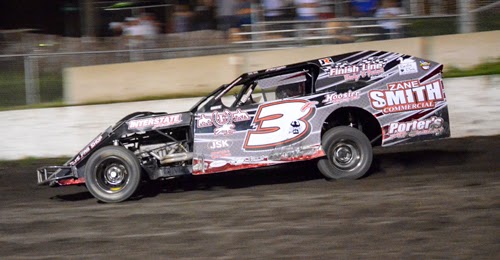 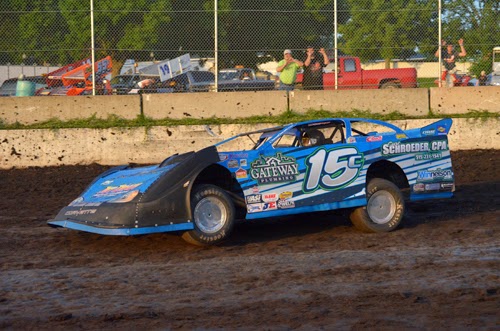 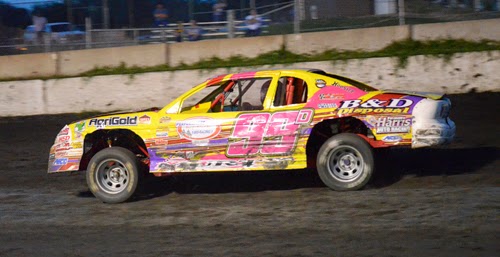 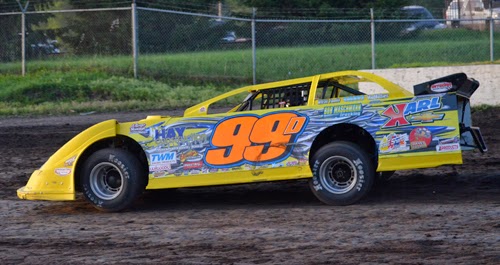 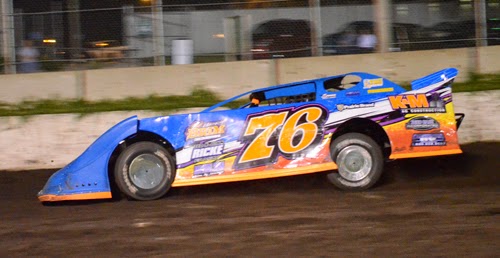 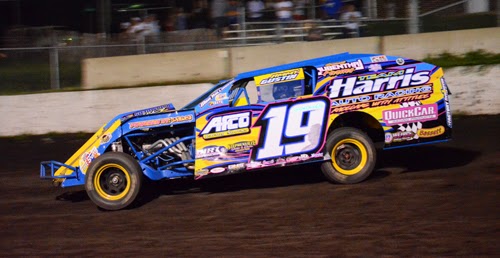 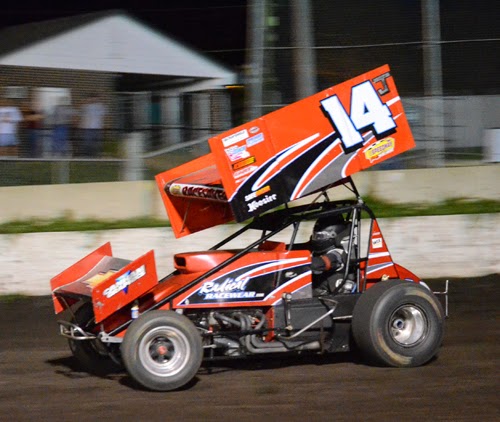 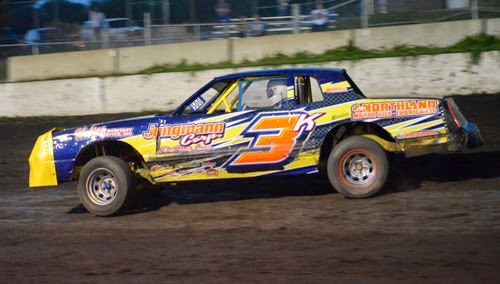 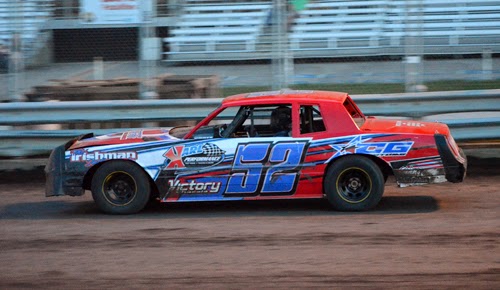 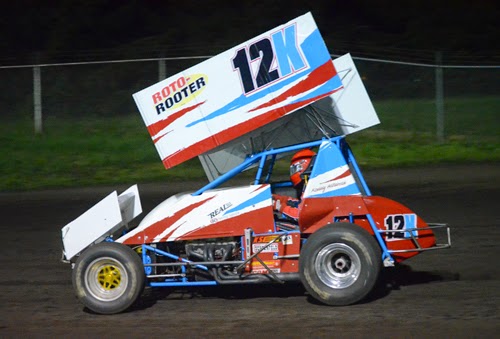 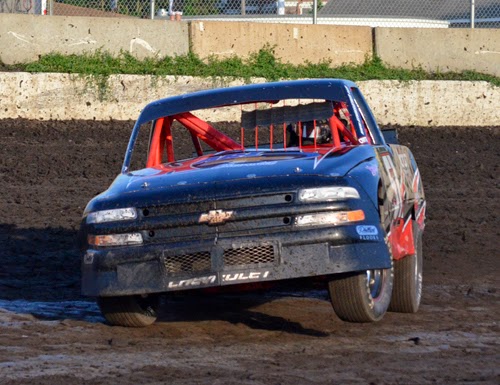 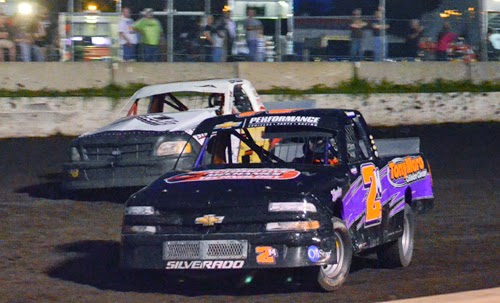 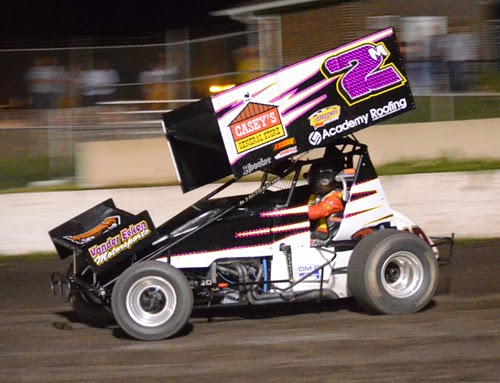 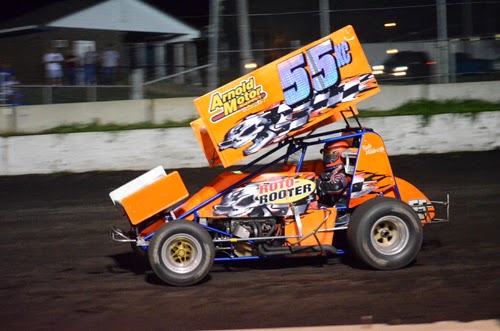 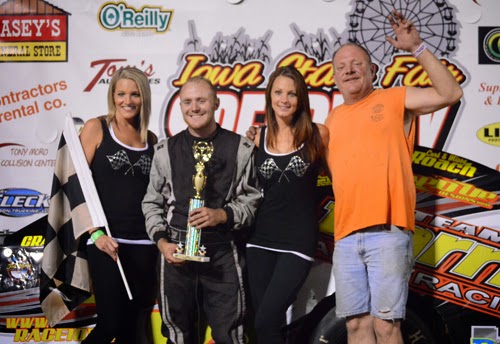 Matt Webb poses in victory lane after winning the IMCA SportMod feature on the last lap. 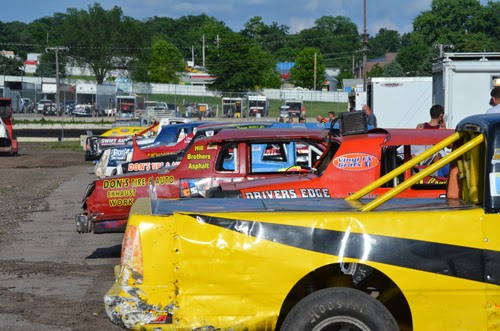 Race cars lined up in the infield pit area ready to race. 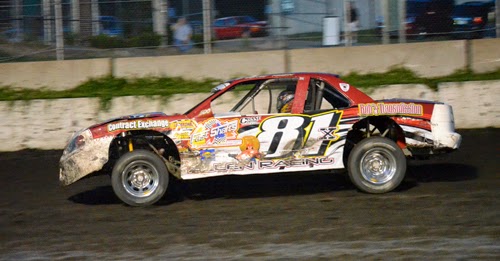 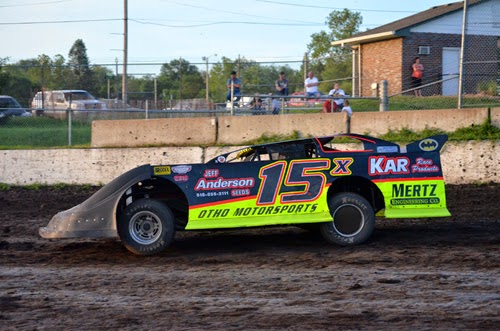 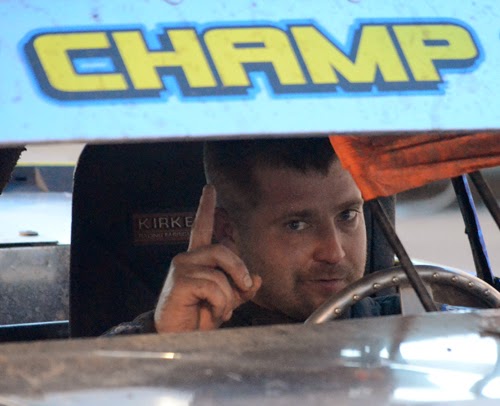 Shannon Anderson showed who was #1 with a dominating performance in the IMCA Hobby Stock main event. 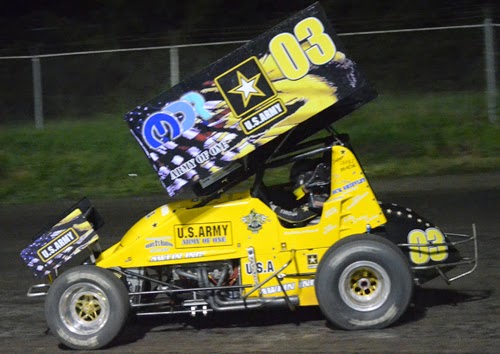 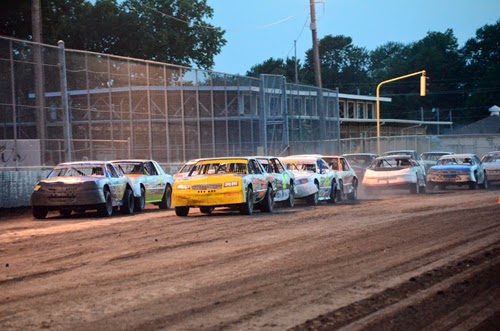 The IMCA Stock Cars roar down the front straightaway as the take the green flag. 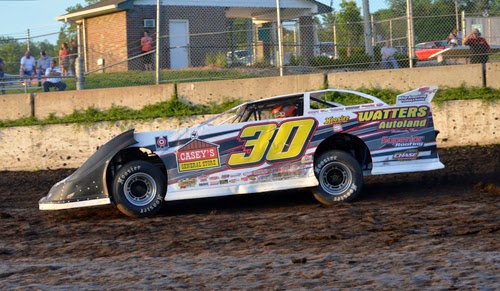 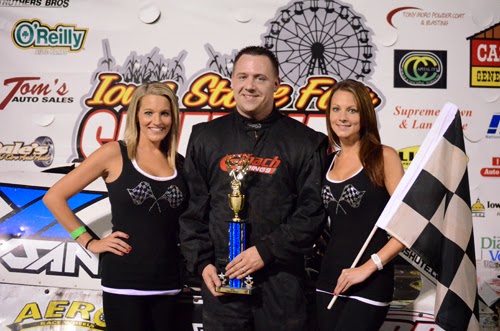 Todd Shute ran away from the rest of the field in the IMCA Modified feature. 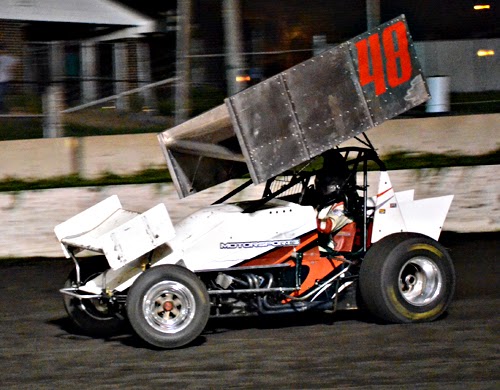