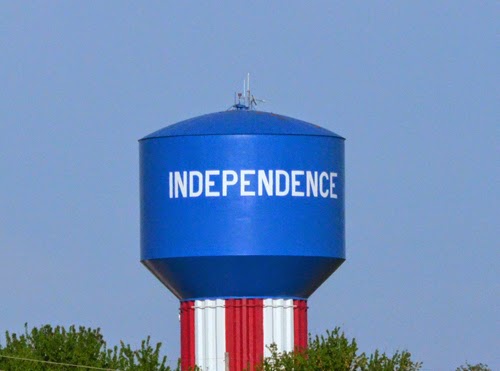 Independence, IA - It has been September 2012 since I wrote a column. In 2013, with a new job and a new love interest,  I attended only a handful of races and even when I did make an appearance, taking the time to write about my experiences was far from my mind. Even taking the time to post photos seemed like too much work.

As I arrived at Independence Motor Speedway this past Saturday, my intentions were to take some photos, upload them to the computer and post a few on this website. But after leaving the track that evening, a wave of inspiration came over me. I wanted to write...

Independence has created sort of a driver appreciation this season with the "Saturday Showcase", which offers a increased purse for one of the divisions that competes on a weekly basis, and offering the winner some additional cabbage to add to his or hers coffer.

The IMCA stock cars were the recipient of this promotion, with $500 going to the victor. That kind of money will bring drivers from near and far and sure enough, a driver who hadn't visited Indy in quite awhile, showed up and took the cash away from locals. 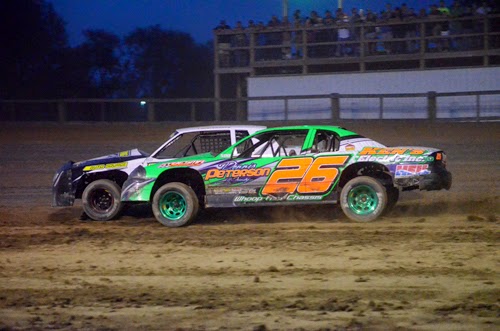 Brian Irvine (26) powers to the inside of Jarod Weepie on his way to winning the IMCA stock car main event. - Kyle Ealy Photo

Brian Irvine of Oelwein, IA, who has been one of the more successful stock car pilots in the area for a few years now, made a rare appearance to the 3/8-mile oval and put on a driving clinic to take home the winner's share of the increased payout. According to IMS announcer, statistician and all-round good guy Ryan Clark, it was Irvine's first appearance there in quite awhile and his first win there since May of 2010.

Irvine started in the fifth row, quickly (yet smoothly) worked his way through a talented field and then secured the lead before the halfway point of the feature. While Irvine was running to the bank, you could of thrown a blanket over the rest of the field, the kind of close-knit racing that makes this division my absolute favorite.

The IMCA hobby stock main event proved to be the race of the night with a near-photo finish. Shawn Kuennen of Hazelton, IA, and Benji Irvine of Stanley, IA, put on a hell of a show, swapping the top spot numerous times and keeping the crowd on the edge of their seats. Kuennen would nip Irvine at the wire for his first win of his career. 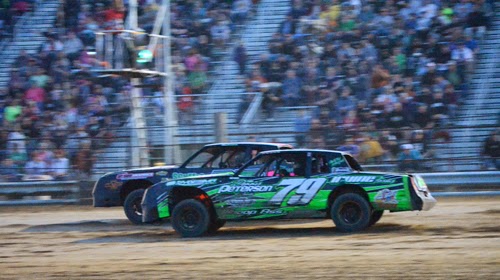 It was literally a photo finish as Shawn Kuennen (outside) beat Benji Irvine to the checkers by a few feet in the IMCA hobby stock feature. - Kyle Ealy Photo

After winning the "Modified Madness" special at Davenport on Friday night, Scott Hogan of Vinton, Iowa, held off a talented field of IMCA modifieds on Saturday night at Indy. One of the nicer guys in the sport, Hogan battled a couple of hotshoes in Troy Cordes and J.D. Auringer, taking the lead as the white flag waved and holding on to score his second win of the weekend. 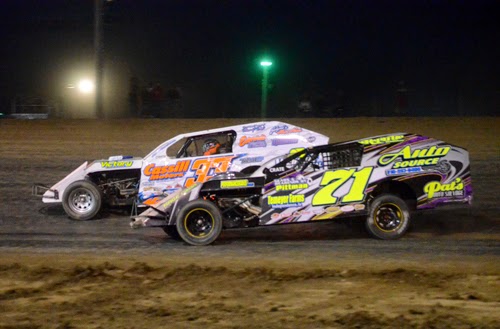 The track stayed in fantastic shape all night with competitive racing in all five divisions. Co-promoters Darin Burco and Todd Summers should be commended on having the surface race-ready and keeping it that way throughout the evening. Each of the five divisions were stacked with an abundance of talent with above average car counts. With the beautiful weather, the grandstands were filled and the crowd was vocal all night.

All in all, another great night of racing at the track that never disappoints.