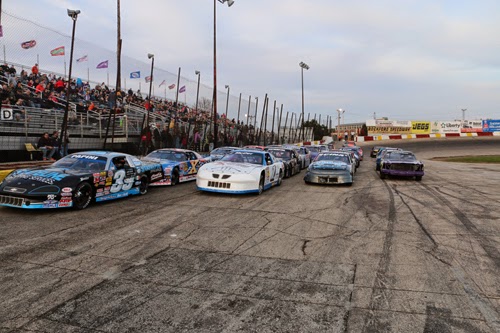 Drivers await the command to start their engines to kick off the racing program for the night.  Pictured are the six fastest qualifiers in each division. 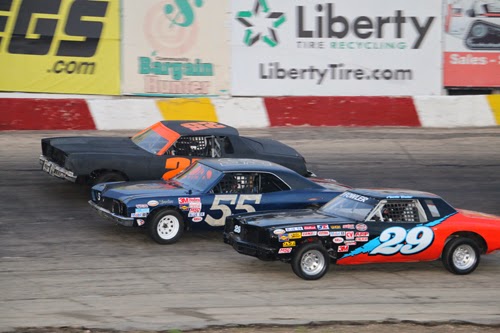 Three wide could be seen often in the RoadRunner division as #29 Austin Fowler, Loves Park, IL works his way under his fellow competitors. 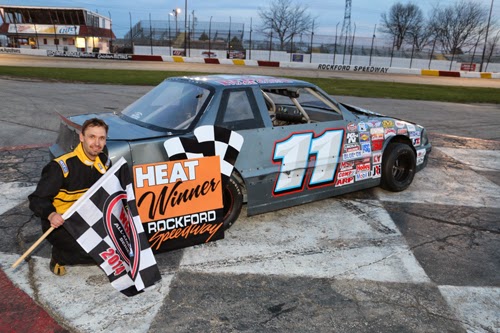 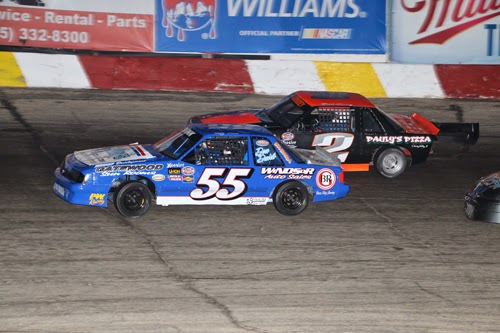 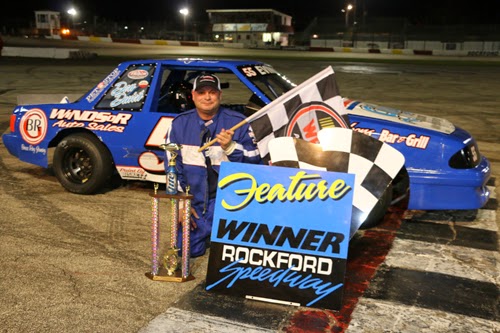 After a six-year layoff from racing Kelly Evink # 55 Machesney Park, IL didn't skip a beat as he raced back to the finish line to make claim of the first feature in the American Short Tracker division for 2014. 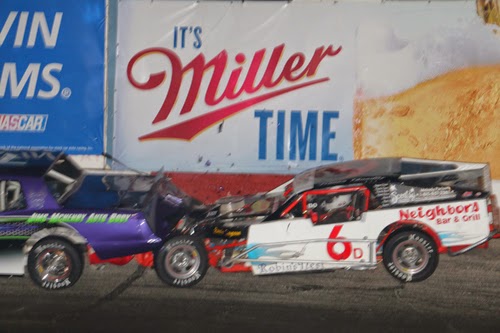 Young 15-year-old Deanna Chandler, Machesney Park, IL came to a hard stop during her feature race as she made contact with the # 78 Rob Goodman, McHenry, IL. 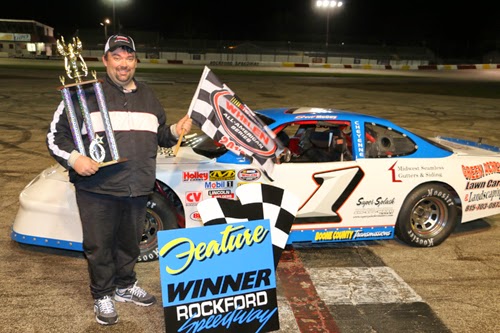 No stranger to victory lane is Brett McCoy, Belvidere, IL as he drove an outstanding race to win the NASCAR 25 lap Sportsman feature. 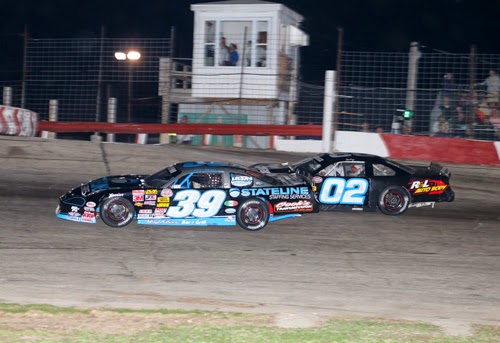 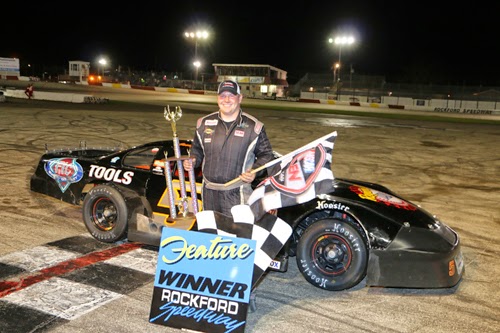 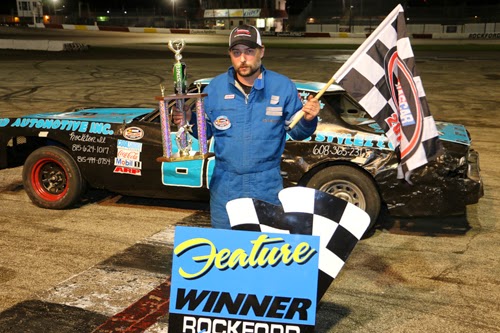 Dennis Smith Jr. # 62 South Beloit, IL made it three wins for the night claiming a trophy dash, heat race and the main event of the night for his RoadRunner division.