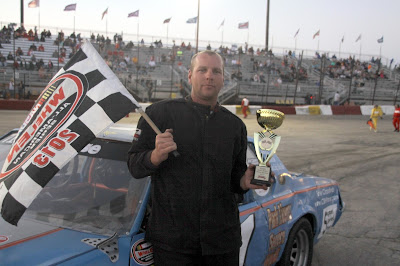 Adding another trophy to his collection is Jason Van Hise, #71 Loves Park, Illinois as he claims victory in the Sam's Drive-In RoadRunner Challenge. 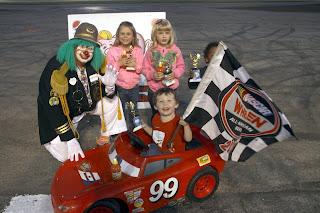 Time for the kids to take to the track as they were not clowning around when it was time for them to race in the Hogwash Kids Mini Grand Prix feature. Those smiles are worth a thousands words. 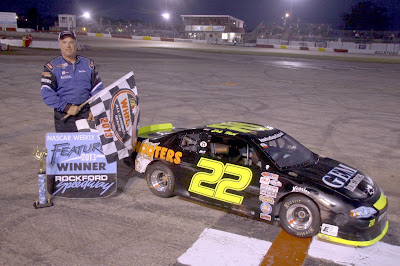 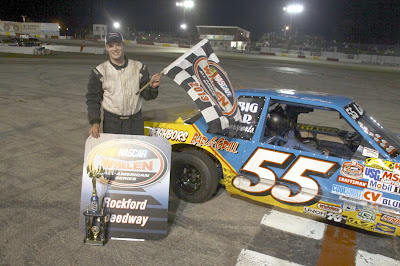 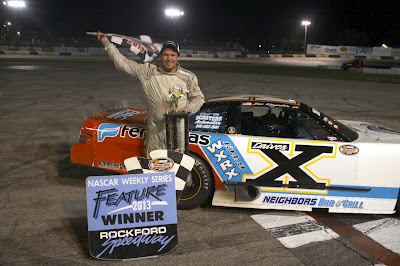 After a long week of searching for the problems that have plagued him for some time Jon Reynolds, Jr. "Driver X"  found his hard work would pay off as he returns to victory lane for the Stanley Steemer Late Models in his 30-lap feature. 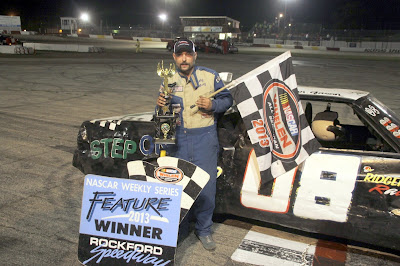