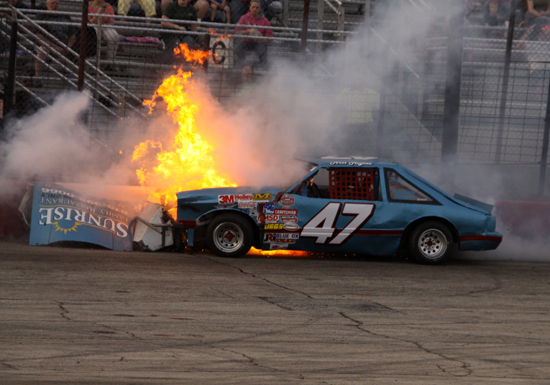 Art Higbee, Rockford, IL race engine erupts in flames after making heavy contact with the wall.  Art was able to walk away under his own power. 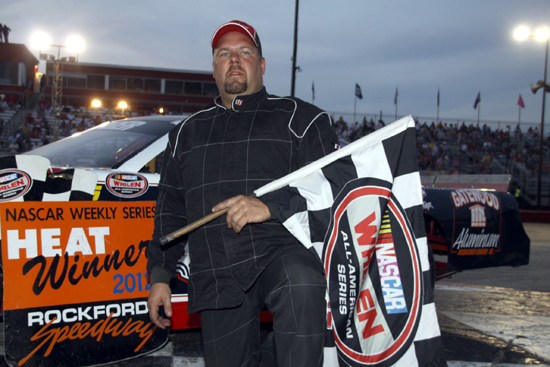 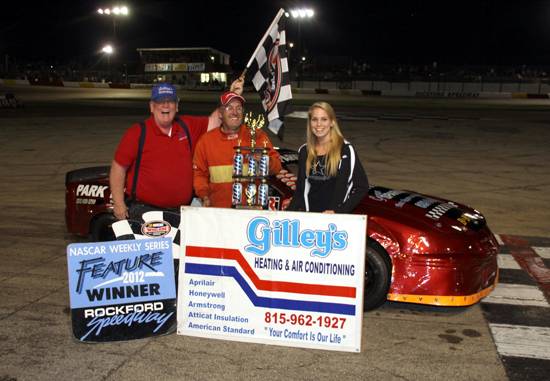 George Sparkman, Loves Park, IL is all smile as he poses with Ron Gilley (L) after posting his feature win in the Miller Lite American Short Trackers division.  Ron Gilley is the sponsors for the Gilley's Cool 5 Series. 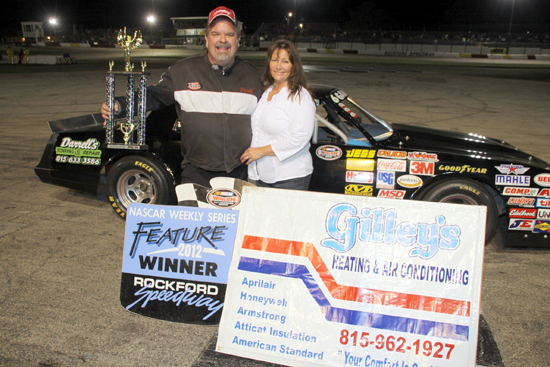 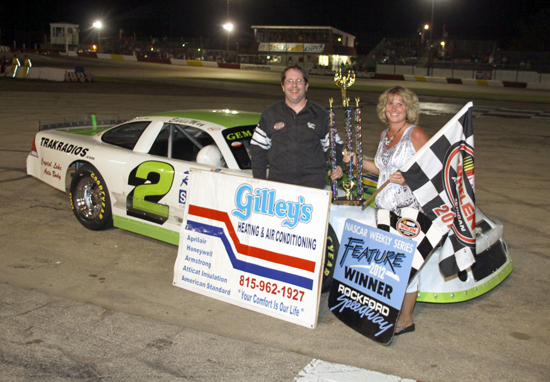 Eddie May, Crystal Lake, IL wins his main event for the month of May as he poses with a representative from NASON'S Landscaping who sponsored the racing events for the night. 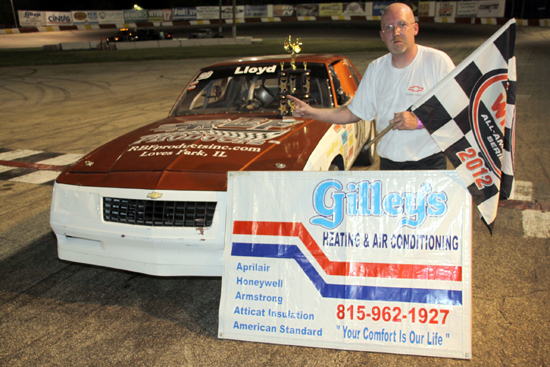 Anthony Lloyd,  took home the honors for the ROCKSTAR RoadRunner in his main event for Round #1 in the Gilley's Cool 5 Series.