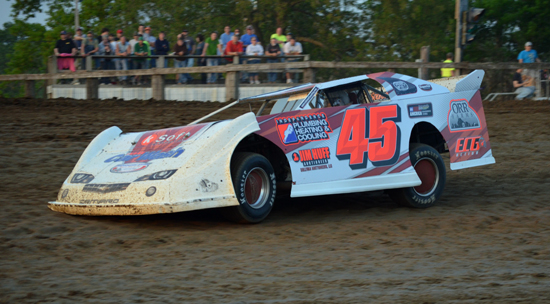 (May 5) – It couldn’t have been scripted any better; Curt Martin wins the season opener at Independence Motor Speedway on .

So what, you say?

Okay and your point is?

Oooh, a chill just ran down my spine.

I had just researched this information the day before, but until Martin passed Tyler Bruening with 7 laps to go in the 25-lap feature, it hadn’t come to mind all evening. As Martin made the pass, roared down the front stretch, and glided through turns one and two, a beautiful full moon just over turn two caught my eye. Yep this was too good to be true…

Martin survived a couple of late race cautions and hung to win, his 14th career season opening victory. As he exited his car, he pumped his fists and raised his arms in the air like a prize fighter. He too, knew what was special about this day and this win. 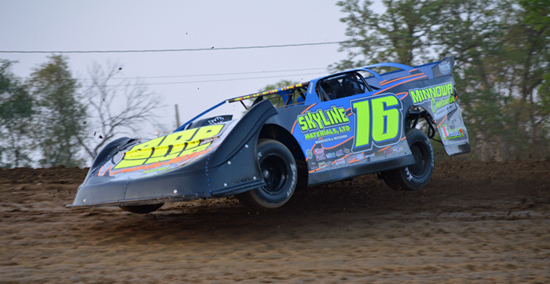 It capped off what was a great start to the season at my home away from home, Independence Motor Speedway.

Darin Burco and Todd Summers took over the promotional reins at Indy this season, and their first priority was re-surfacing the track. They added several tons of clay to the 3/8-mile track, which it had so desperately needed the past couple of years.

Upon my arrival Saturday, I wandered towards the track to check out the new surface and I was not alone. As most of the drivers pulled into the pit area and parked their trailers and rigs, I noticed that a good majority of them were quick to check out the new clay and see what they were going to be racing on.  I overheard a few expressing fears that the track would be too rough, but those fears were put to rest as it provided a very racy surface, that provided some great action all evening long. I doubt you heard too many negative comments afterwards from drivers and the race fans in attendance were thrilled. 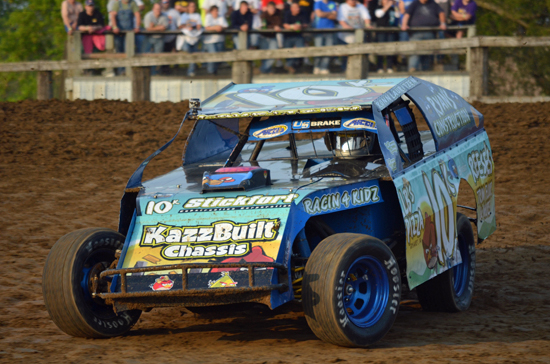 All five divisions had healthy car counts for the season opener with 20 plus cars competing in their respective features. 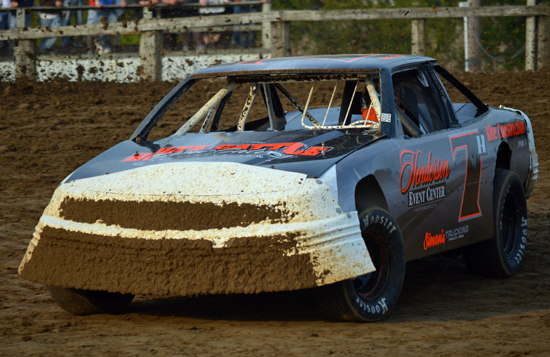 The Stock Cars showed why it’s the best division in IMCA, as four or five drivers were in position to win the 18-lapper. You could have thrown a blanket over them at times. Phil Holtz (who had one of the better looking cars there in my opinion) held off some worthy competitors to win in a thriller. I mentioned to track photographer Scott Tjabring on how many beautiful looking IMCA Stock Cars were there this evening. Enjoy them good looks while they last fellows, they won’t look so pretty by June or July.

The IMCA SportMod feature had great potential in the beginning as Austin Kaplan and Tyler Droste, both regular visitors to victory lane, shared the front row. As soon as the green flag dropped, they ran one-two, with Kaplan out front and Droste looking to pass. As they encountered lap traffic, they both made their way through with little trouble until Kaplan connected with a slower car and Droste, right on Kaplan’s bumper, banged into him. was able to keep his ride under control, but Droste spun and lost his spot. With Droste out of the picture, the fat lady sang and Kaplan took the win. 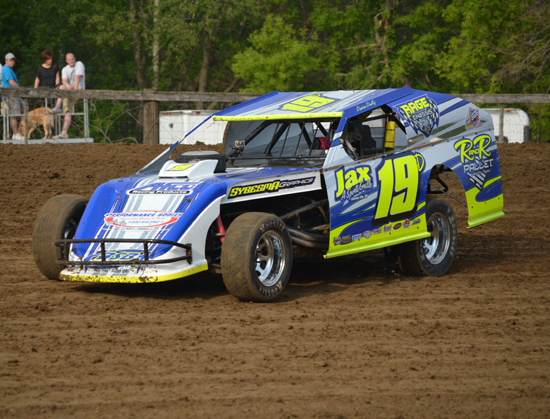 While the SportMod feature ran fairly smooth, the IMCA Modified boys had their share of problems. Guys were having trouble finding the brake pedal (it’s located in the middle on most models) and numerous spinouts and wrecks ensued. Darin Duffy (who also had a great looking car), who usually puts on a flawless performance when at , was even bitten by the bug. As Duffy was positioning himself to go for the kill, he looped his ride in three and four. Stuck in the middle of the turn, with no place to go, the inevitable happened. Most drivers got around, but Shawn Ryan plowed right over Duffy, putting both drivers out of the race.

Mark Schulte, who led all but one lap, took the win ahead of Jerry King, who was on Schulte’s tail for the balance of the race, but couldn’t get around. Schulte has to be one of the tallest Modified drivers around. I’m six-foot when I don’t slouch, and Mark towers over me. 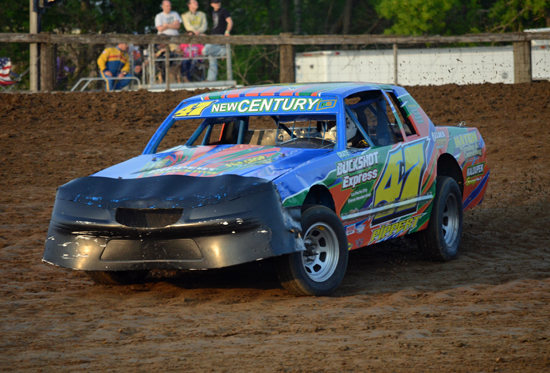 Scottie Pippert has been virtually untouchable in the IMCA Hobby Stock ranks, racking up wins at several tracks early in the season. However, Nathan Ballard proved that he is beatable at times and put on a driving clinic in holding off Pippert to score the opening night victory. Pippert tried every line that was available, but Ballard held steady throughout.

It was a great opening night for IMS; the surface actually got racier as the night went, and the result was fantastic racing in all divisions. 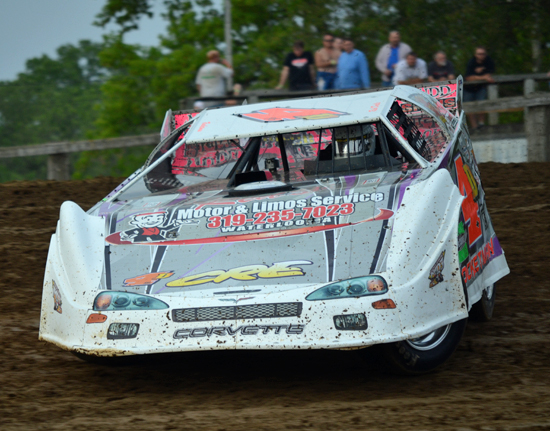 Rick Dralle bears down thru the corners - Kyle Ealy Photo

Darin Burco and Todd Summers should be very proud of the crew they’ve assembled. Everyone puttheir best foot forward and did what it takes to put on a smooth running program. During wrecks, they were “Johnny on the Spot” with wreckers, push trucks and emergency personnel. They got the carnage cleaned up efficiently and got back to racing. That’s how it should be…

Thanks for picking us up…