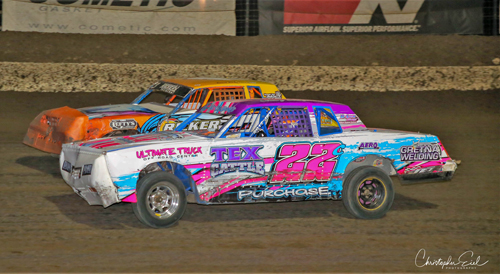 Cheyenne Purchase (22C) and Brent Ricker (3) go neck and neck down  the back stretch. 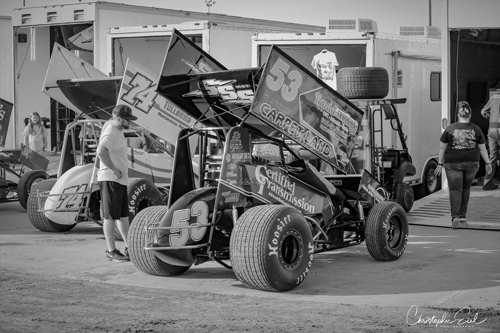 Dover's car in the pits prior to qualifying heat. 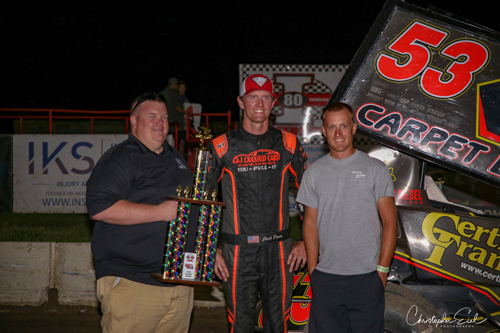 Jack  Dover in the Winner's Circle. 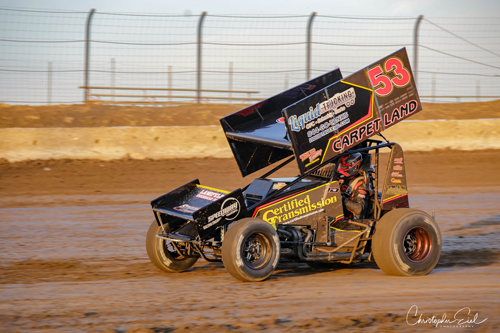 Jack Dover won both his heat and the 360 Sprint feature race. 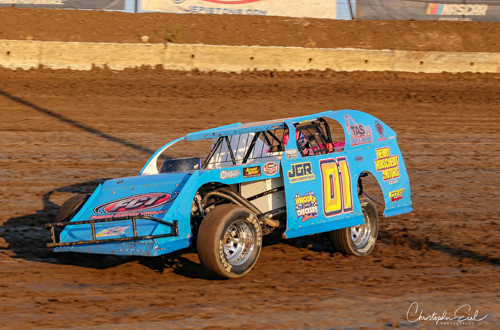 Jacob Hobscheidt took 2nd in this heat and won the Modified  feature. 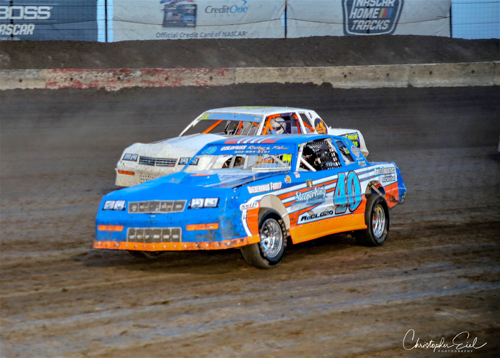 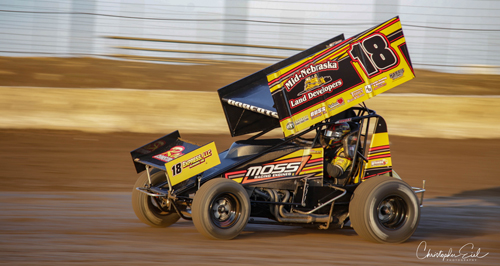 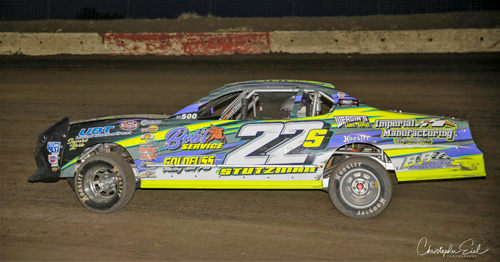 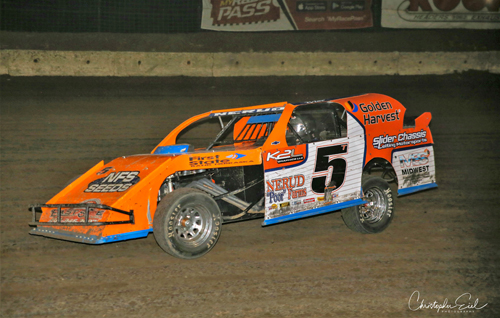