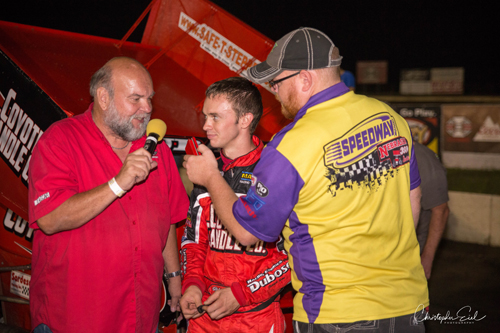 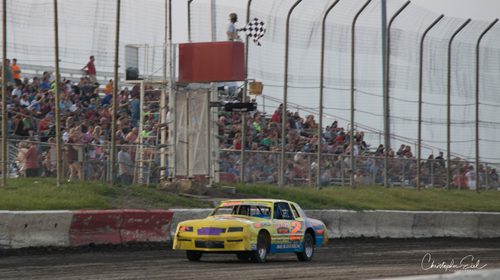 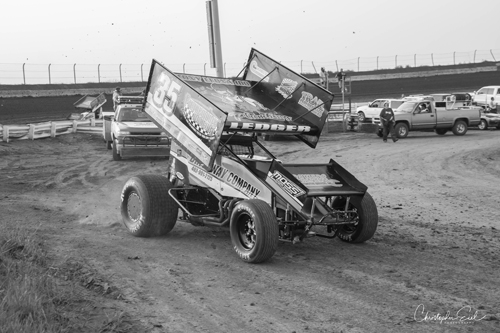 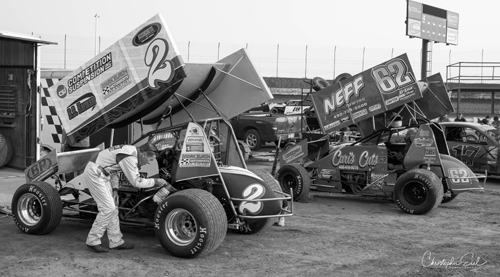 Don Droud Jr. and Tim Fricke in the pits. 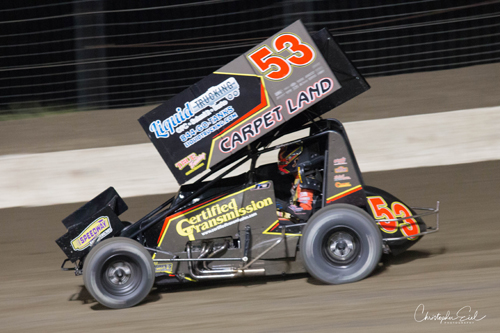 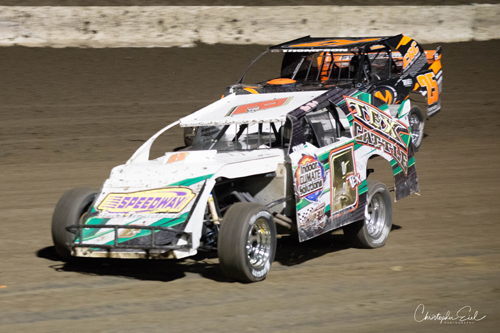 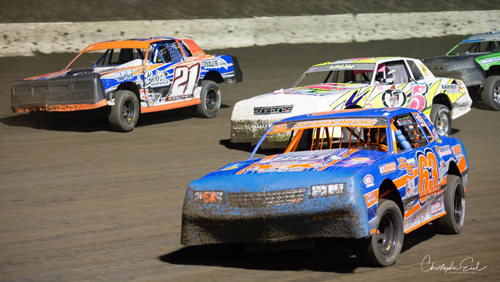 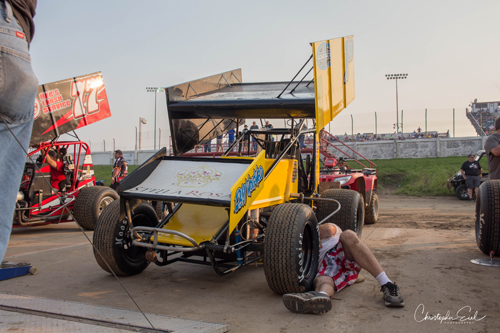 Clint Benson's sprinter gets some adjustments. 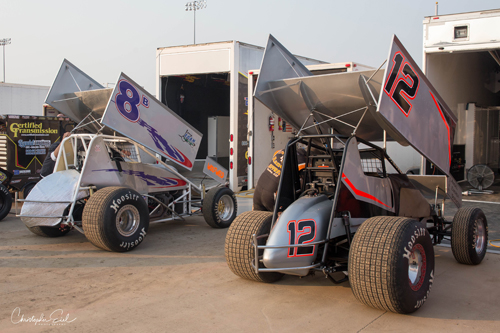 The sprint cars of Bobby Becker and Tyler Drueke.

Ryan Leavitt is up in smoke... 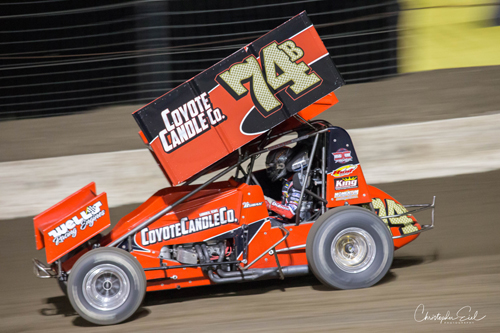 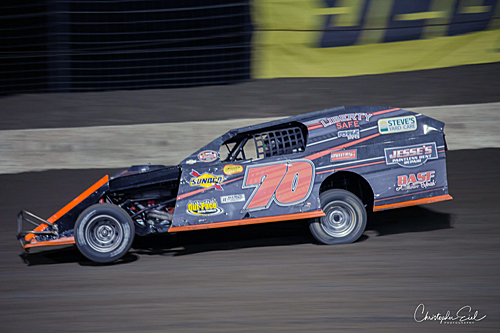 Jesse Dennis of Corning, IA, was the A-Modified feature winner.