I went (at the invitation of Kelli Knop) to the annual Auto Push Ball Tournament in Malvern, Iowa.  This event has been held (usually yearly) by the Knop family and friends and is attended by hundreds of folks from the local area (west central Iowa). The cars are Ford Model A's, which were originally manufactured between 1929 - 1931. (now parts are hard to get, and many have to be machined). The cars are temperamental, and some break down during the contest. The protective metal cages were originally made of metal parts from wagons!
The game is like soccer: two teams (The Yellow Jackets and the Red Devils) vie to score the most goals in an 8-minute period game. Each team drives 4 cars. The game is divided into two 4-period contests. The women drive first; then the men. The team with the most goals wins (of course). The cars are owned by several families .... many of the drivers are 2nd and 3rd generation pilots. 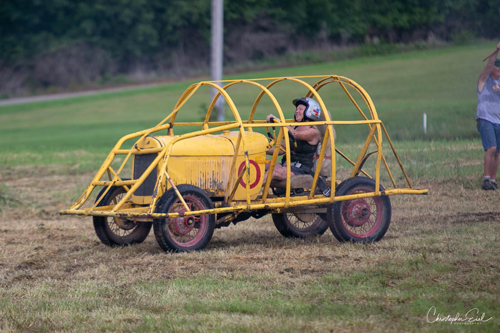 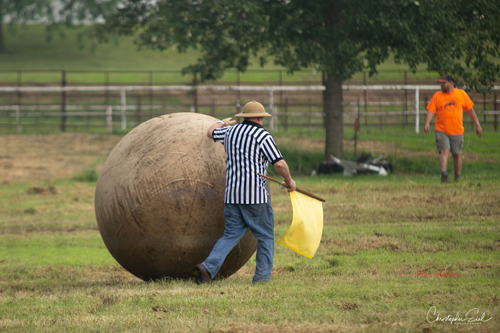 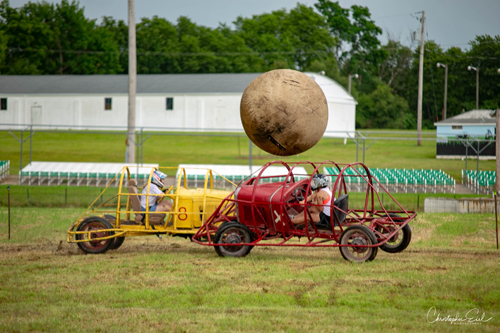 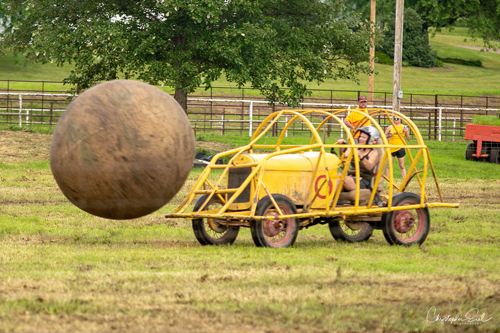 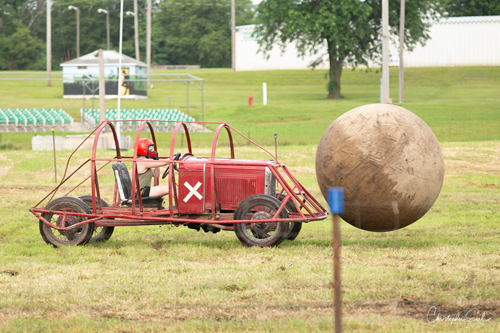 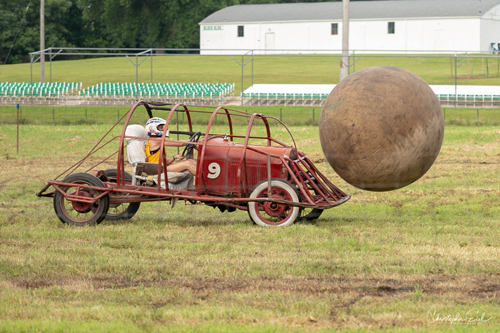 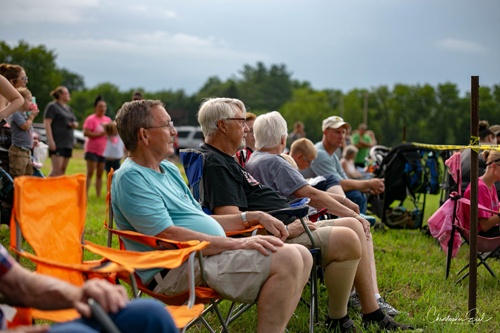 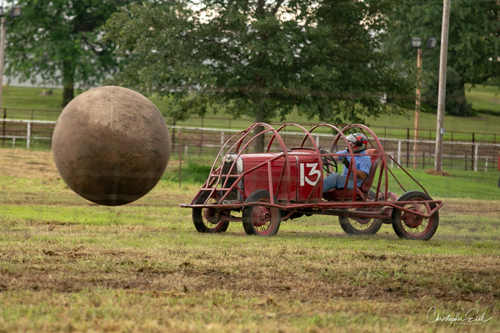 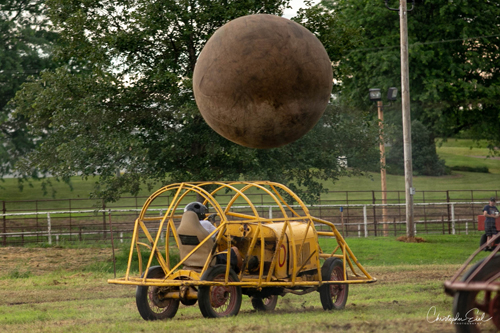 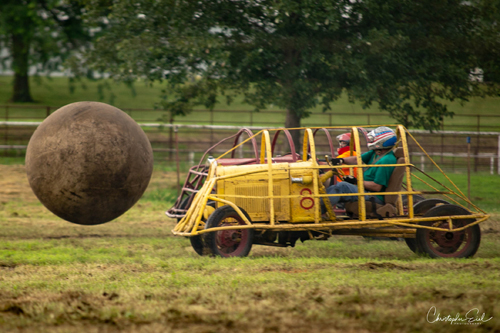 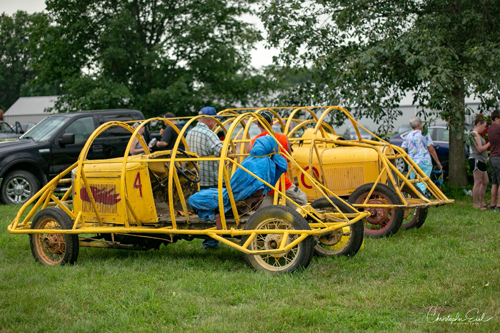