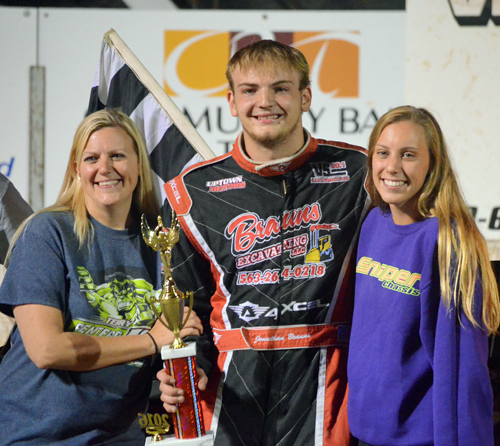 Jonathan Brauns is joined by family in victory lane after winning the IMCA Late Model feature. 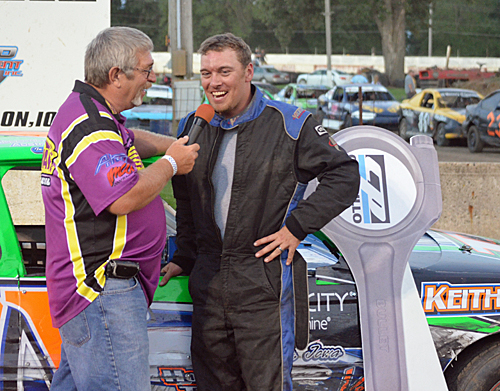 David Brandies had it on cruise control in winning the IMCA Stock Car main event. 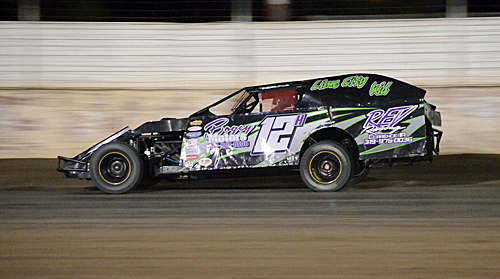 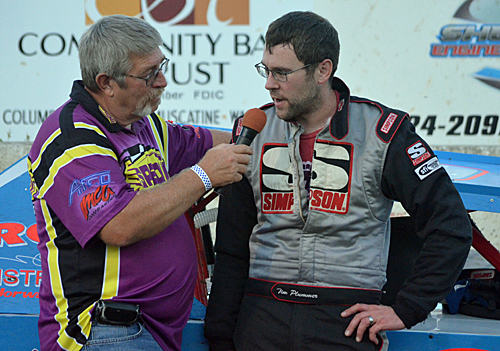 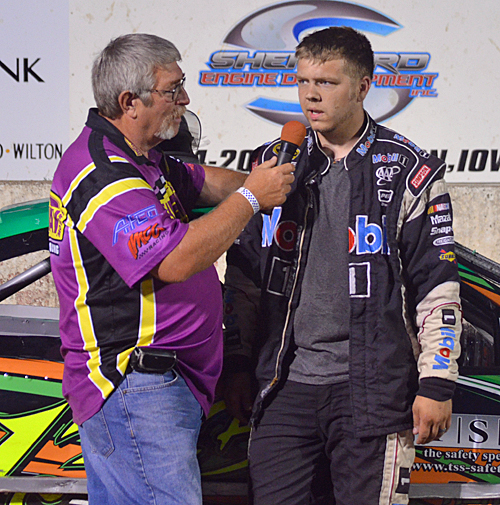 ...and tells announcer Jerry Mackey about it afterwards. 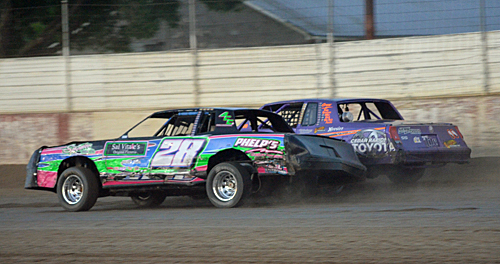 Greg Gill #28 and Johnny Spaw (outside) had moments of aggression during the IMCA Stock Car feature... 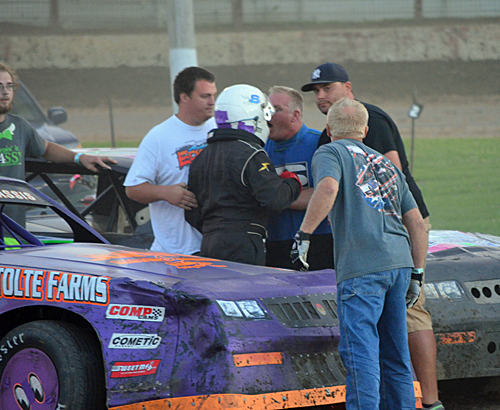 ...after a post-race altercation, Spaw and Gill's crew have a few words. 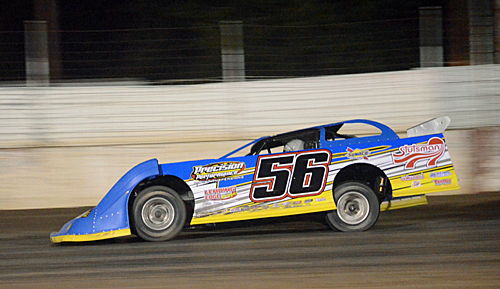 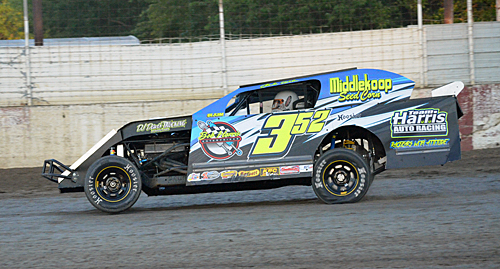 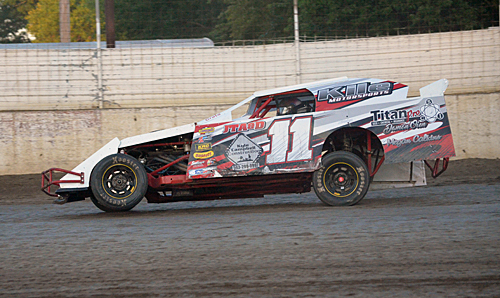 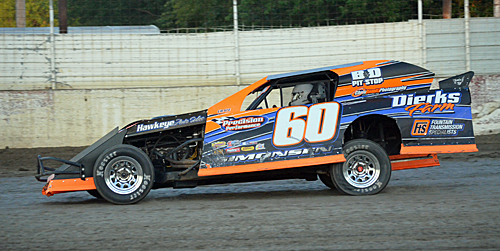 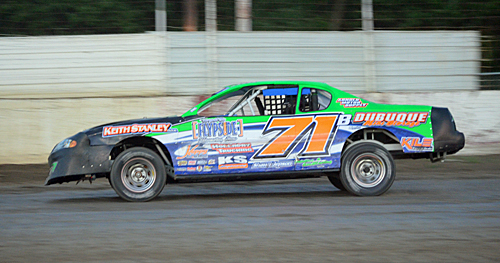 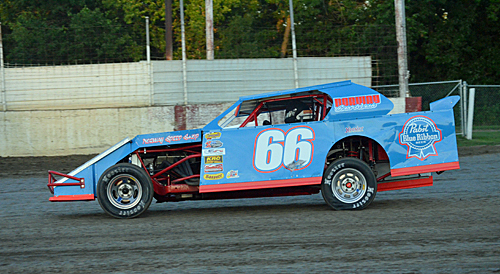 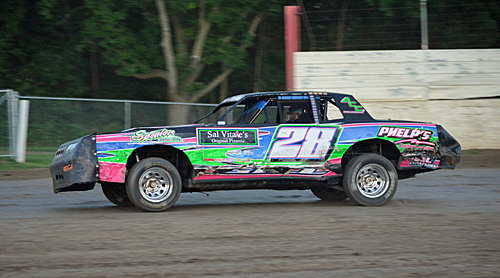 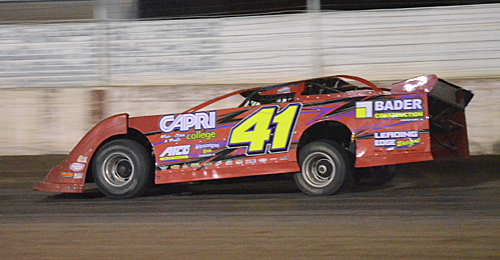 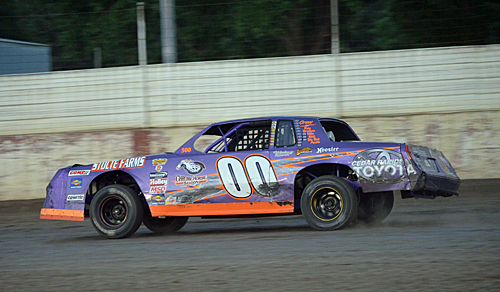 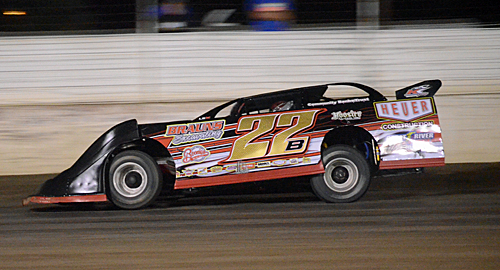 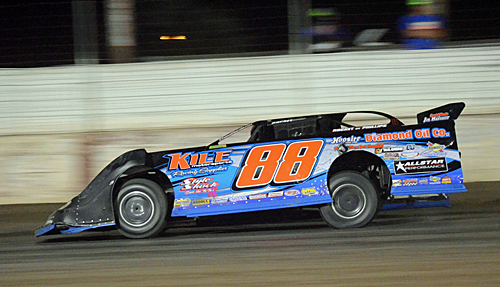 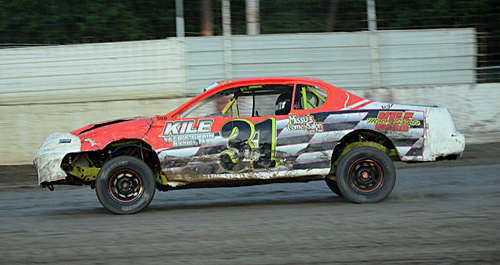 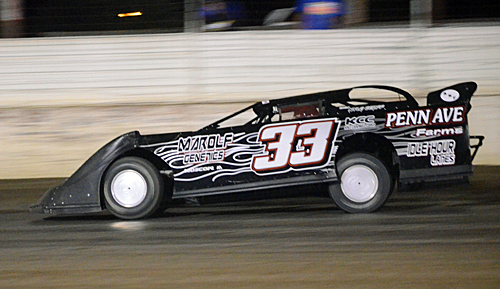 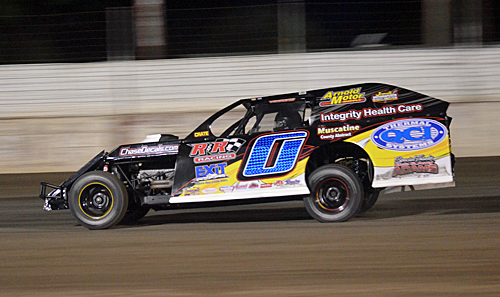 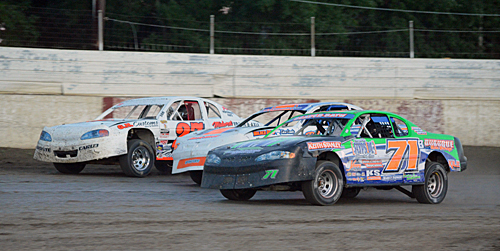 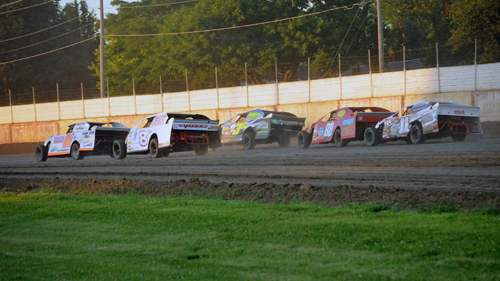 IMCA SportMods roar down the backstretch 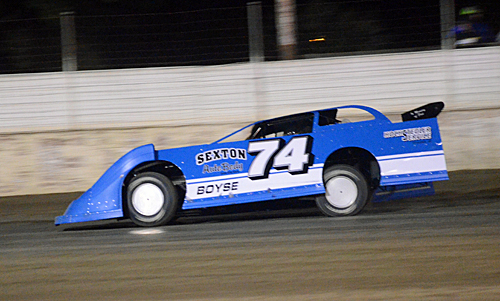 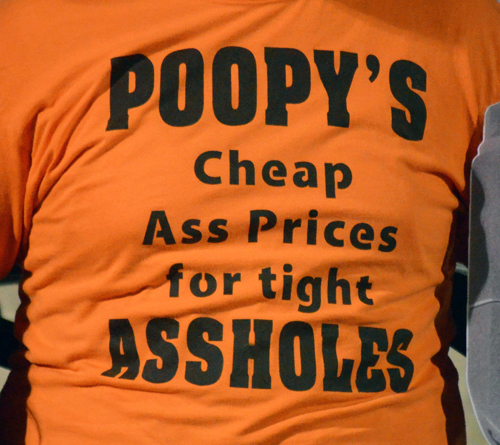