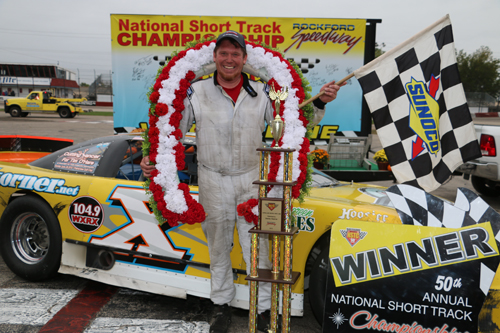 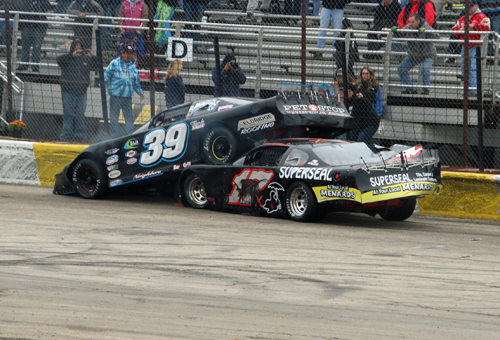 Alex Papini #39 drover over the top of Brian Johnson #17 during Sunday afternoon's 200-lapper. Both drivers were uninjured. 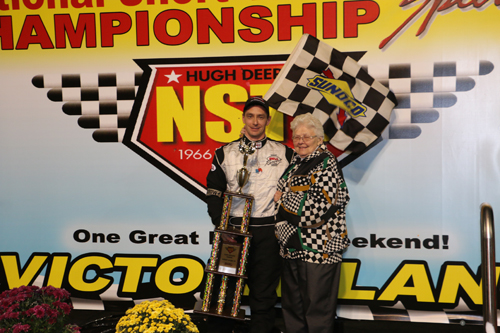 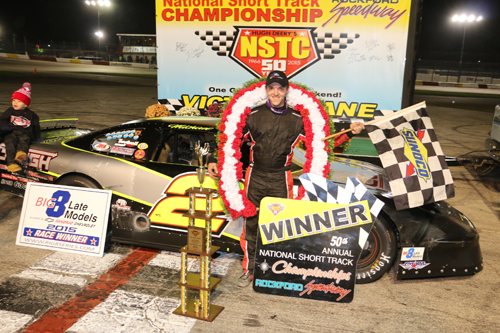 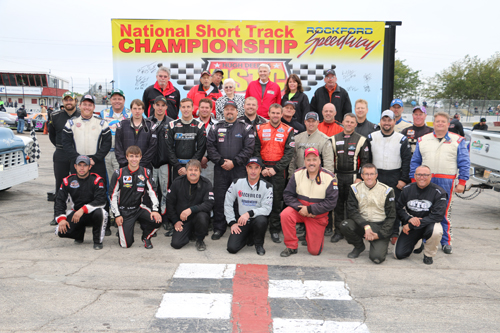 The starting field for the 200-lapper takes a moment to pose for the cameras. 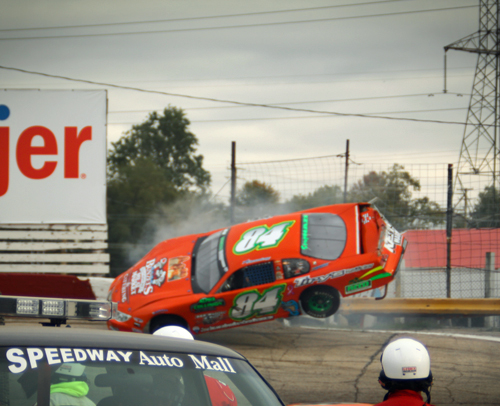