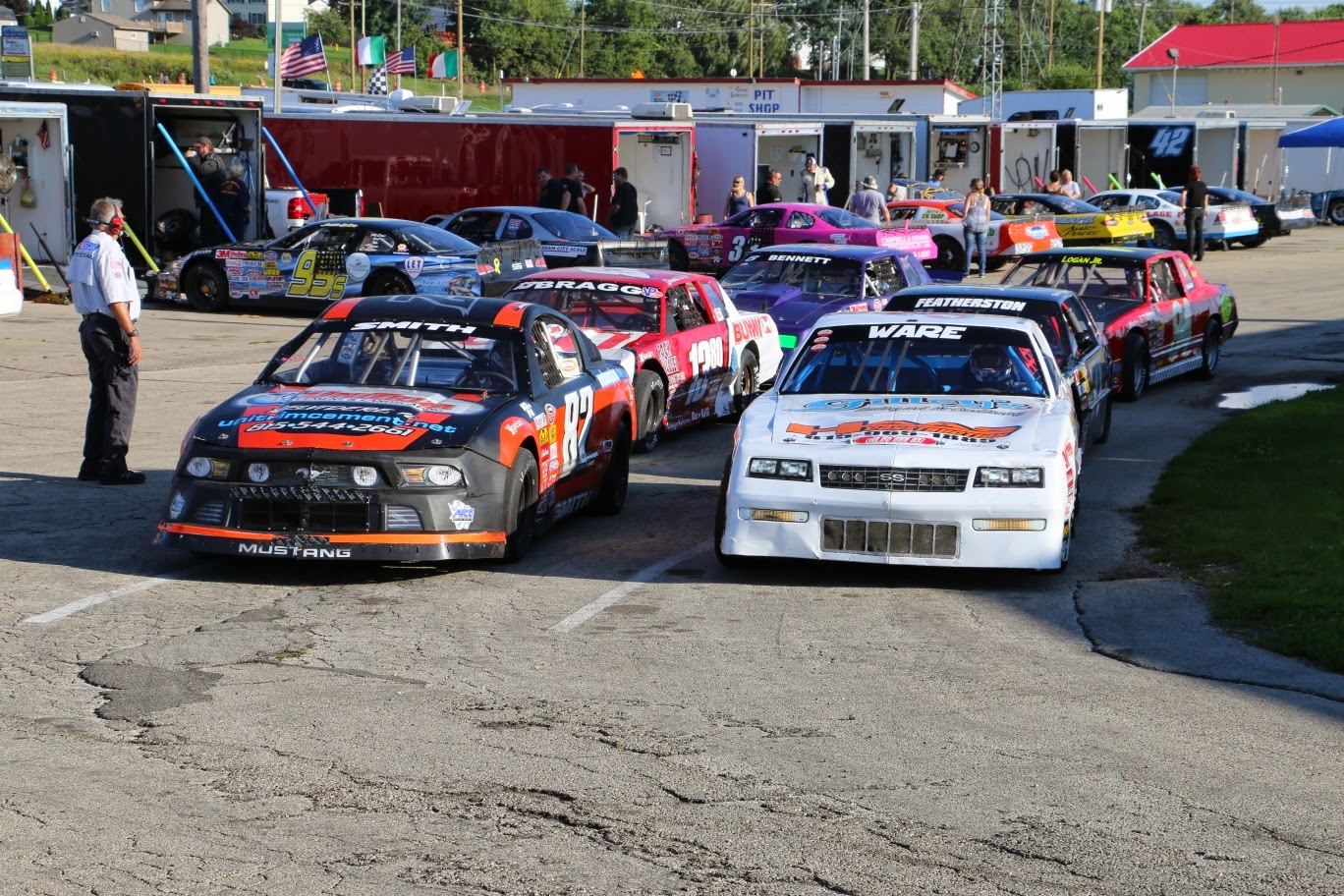 NASCAR Sportsman entries line up in pit area prior to their hot lap session. 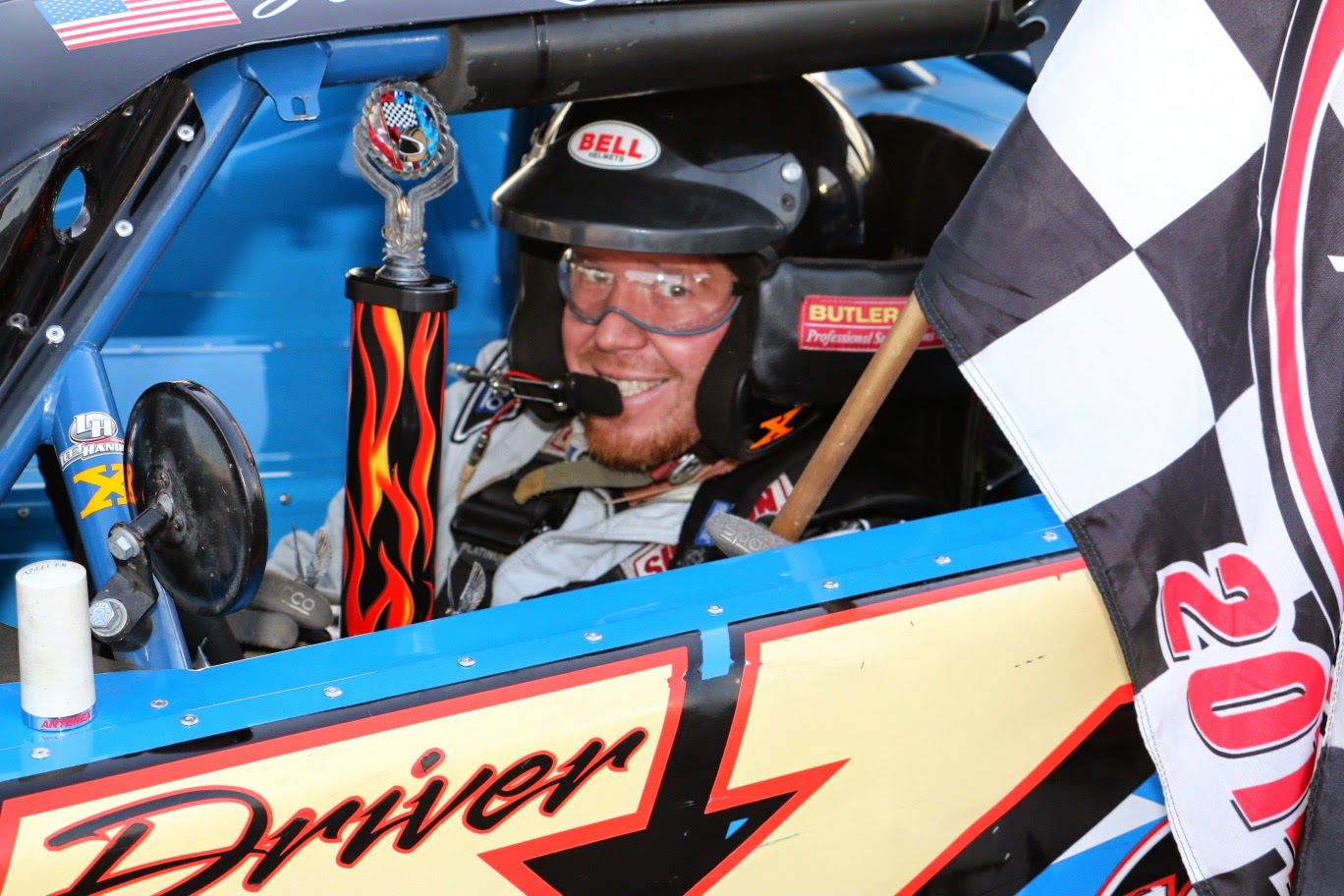 With a smile as wide as it can be Jon Reynolds (Driver X) Rockford, IL hold the winners Trophy Dash trophy after winning the Trophy Dash for the NASCAR Late Models. 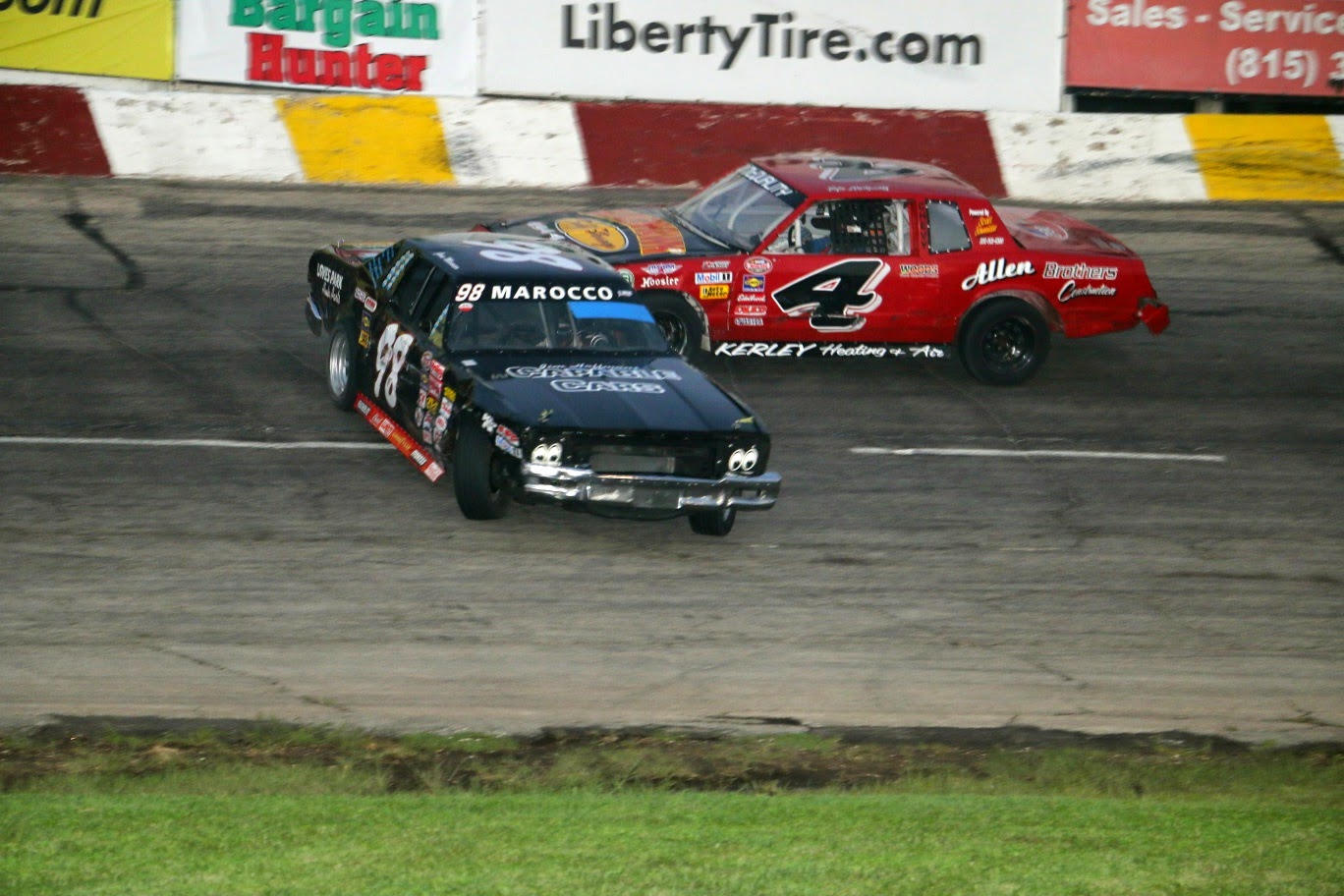 Gene Marocco # 98 goes for a wild ride as the # 4 of Kyle McQuality gets into the back of Marocco which causes him to spin out of the race. 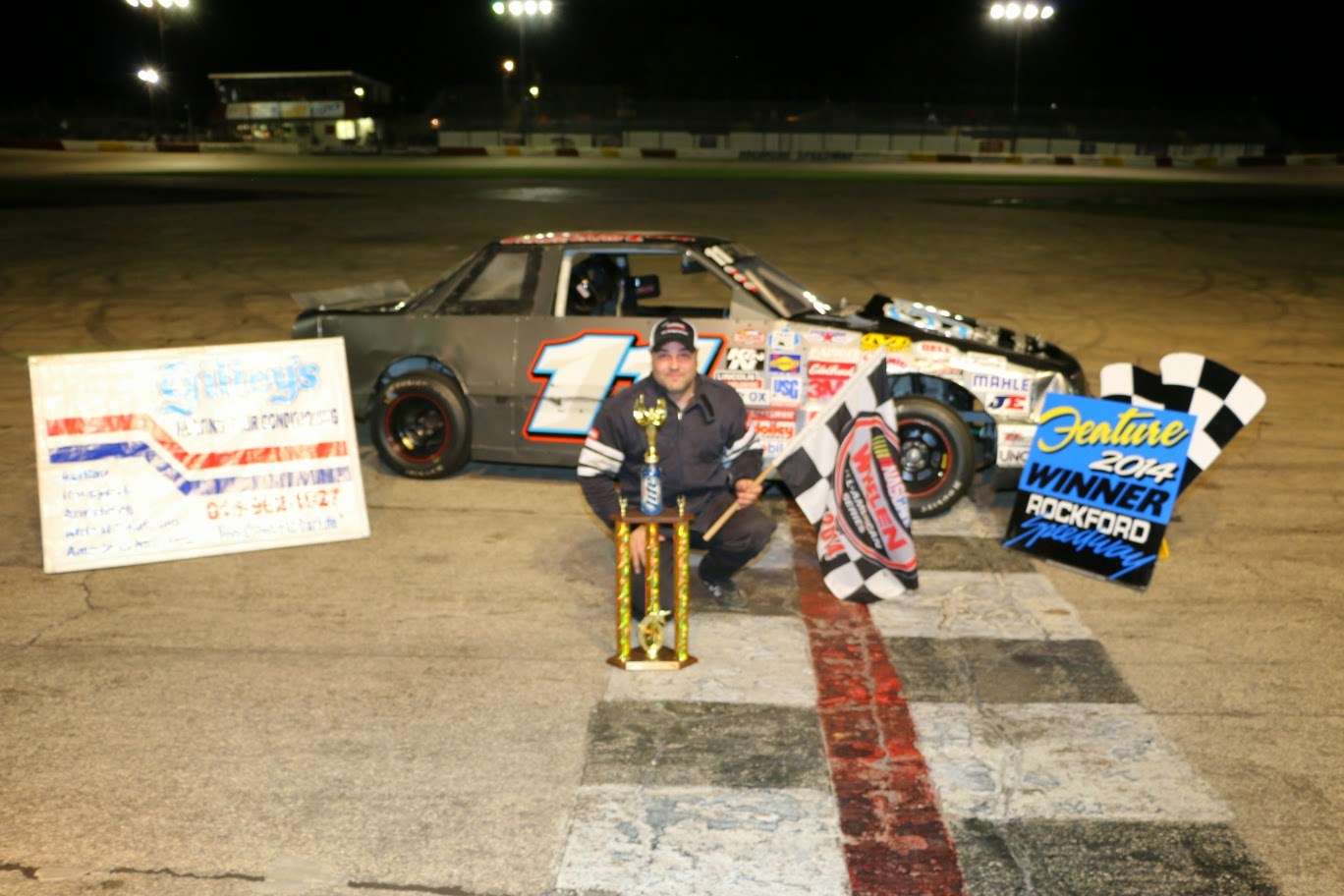 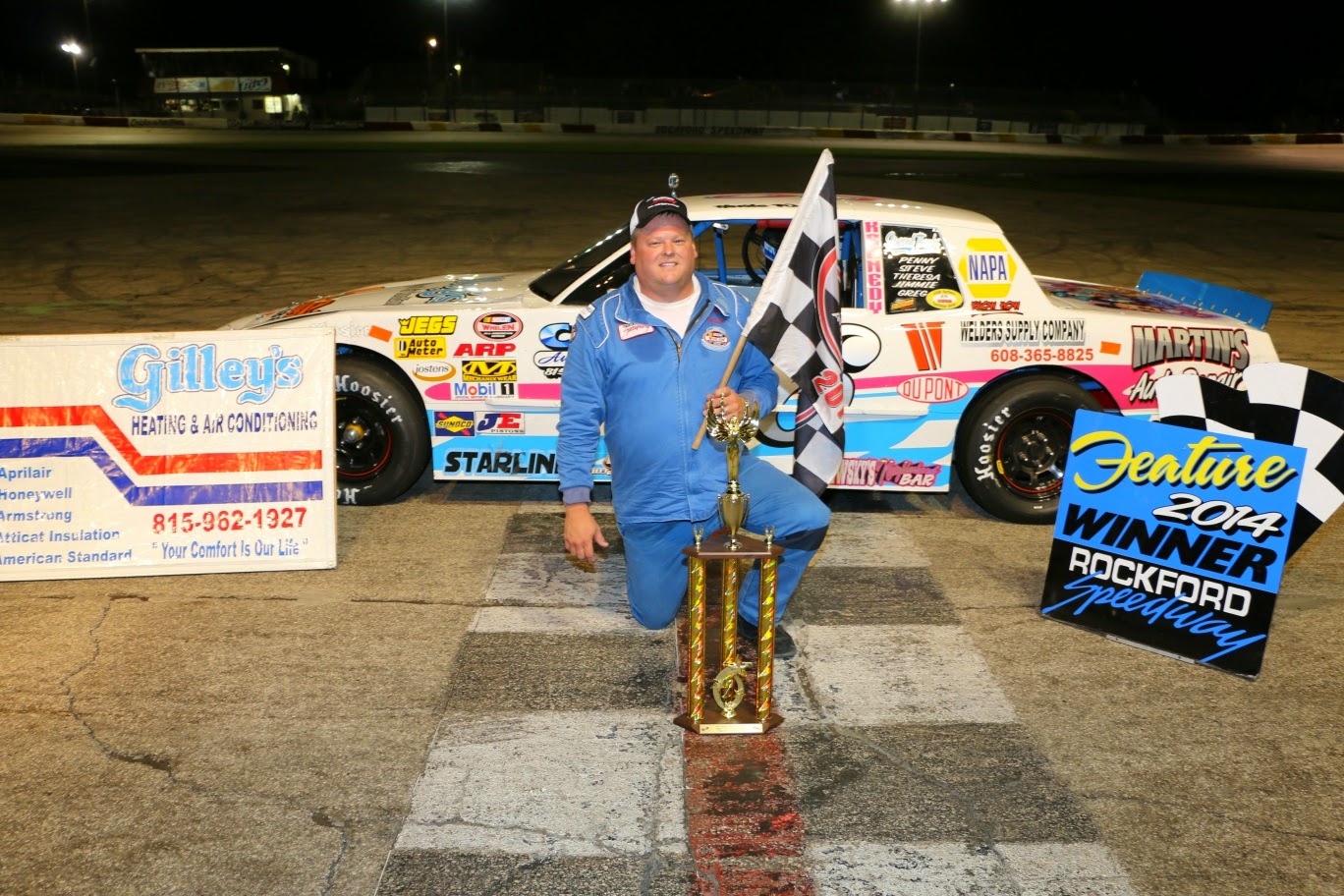 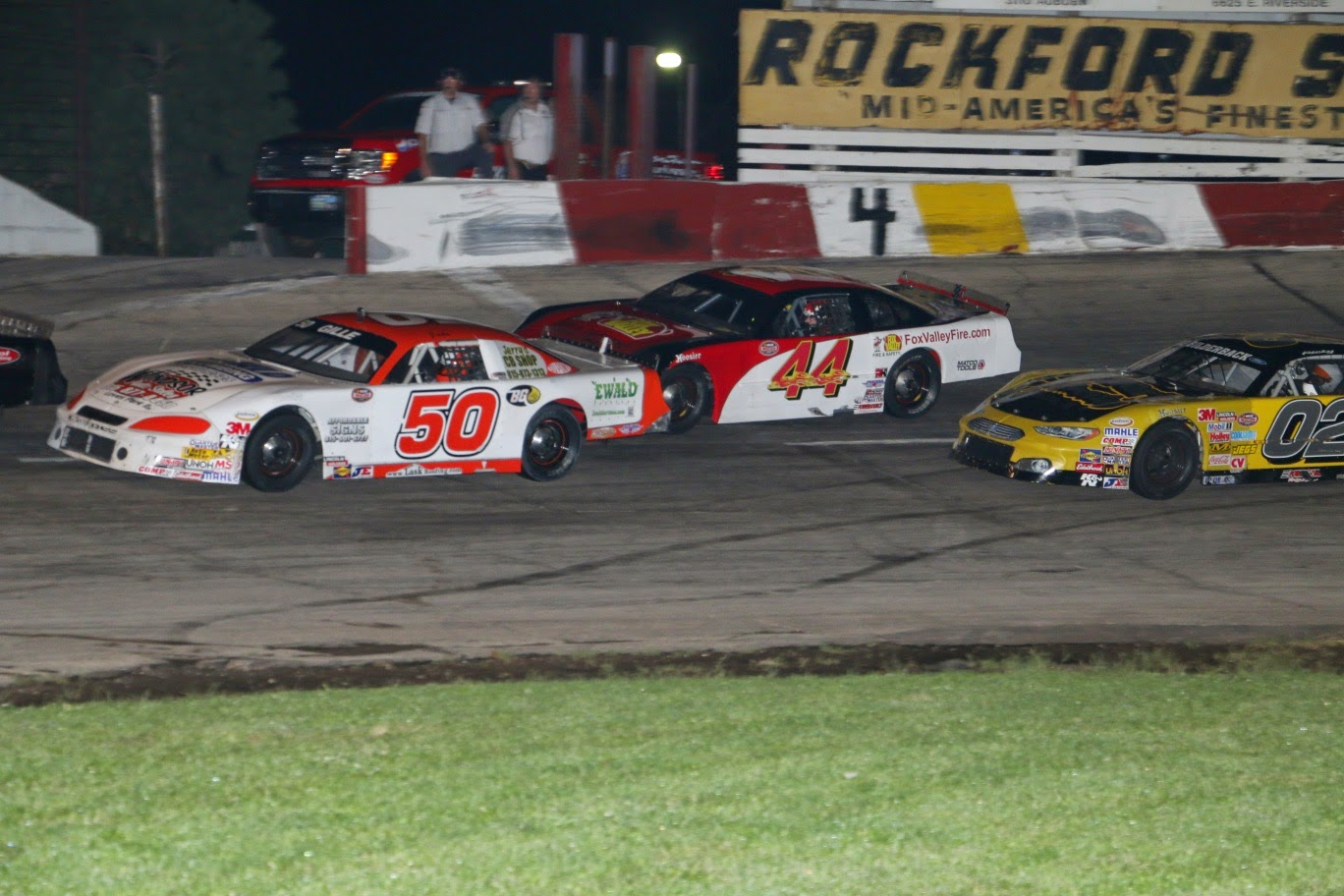 Jake Gille # 50 Machesney Park, IL races to the front of the field as the # 44 Mitchell Garfield and the # 92 of Ricky Bilderback give chase during the NASCAR Late Model feature. 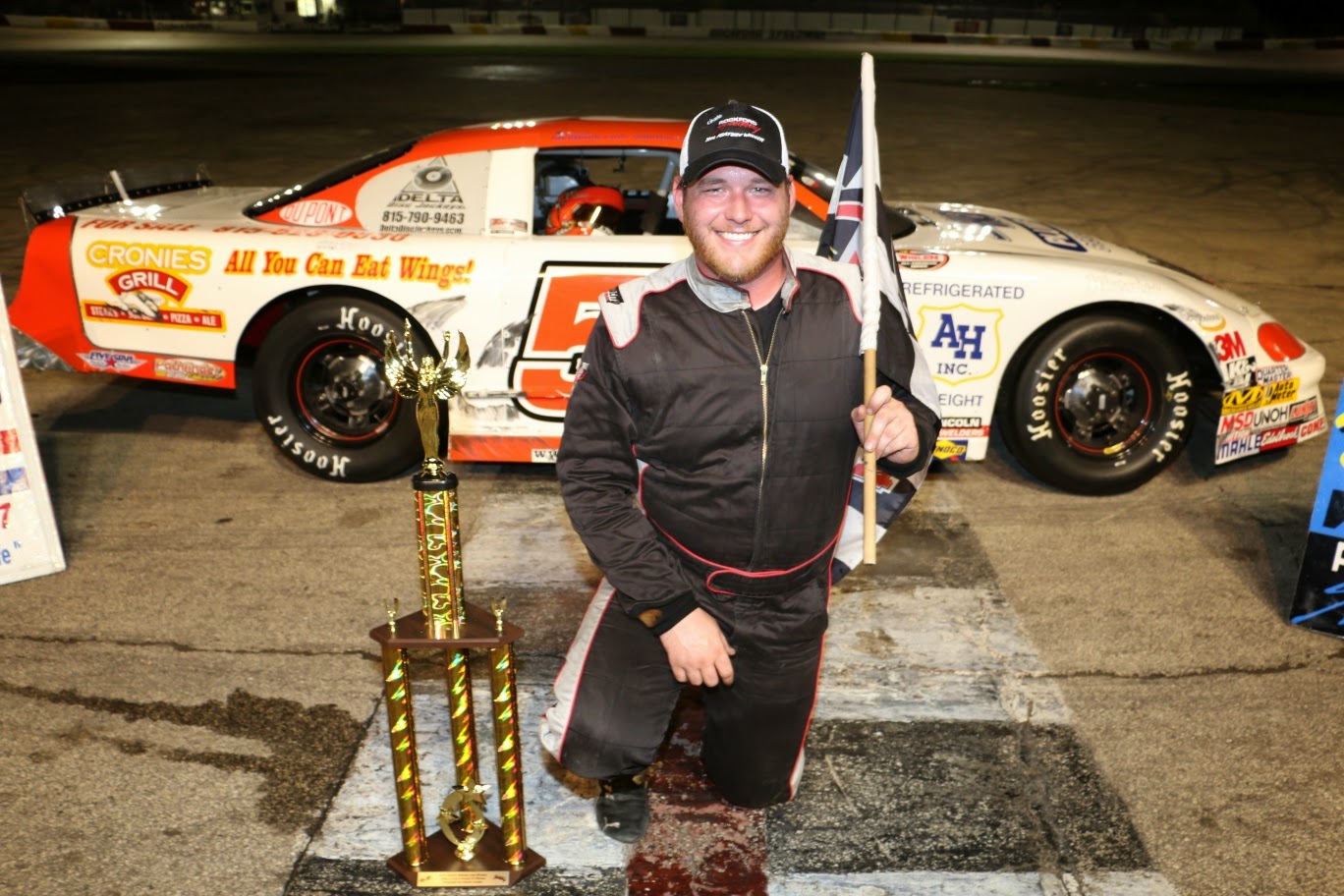 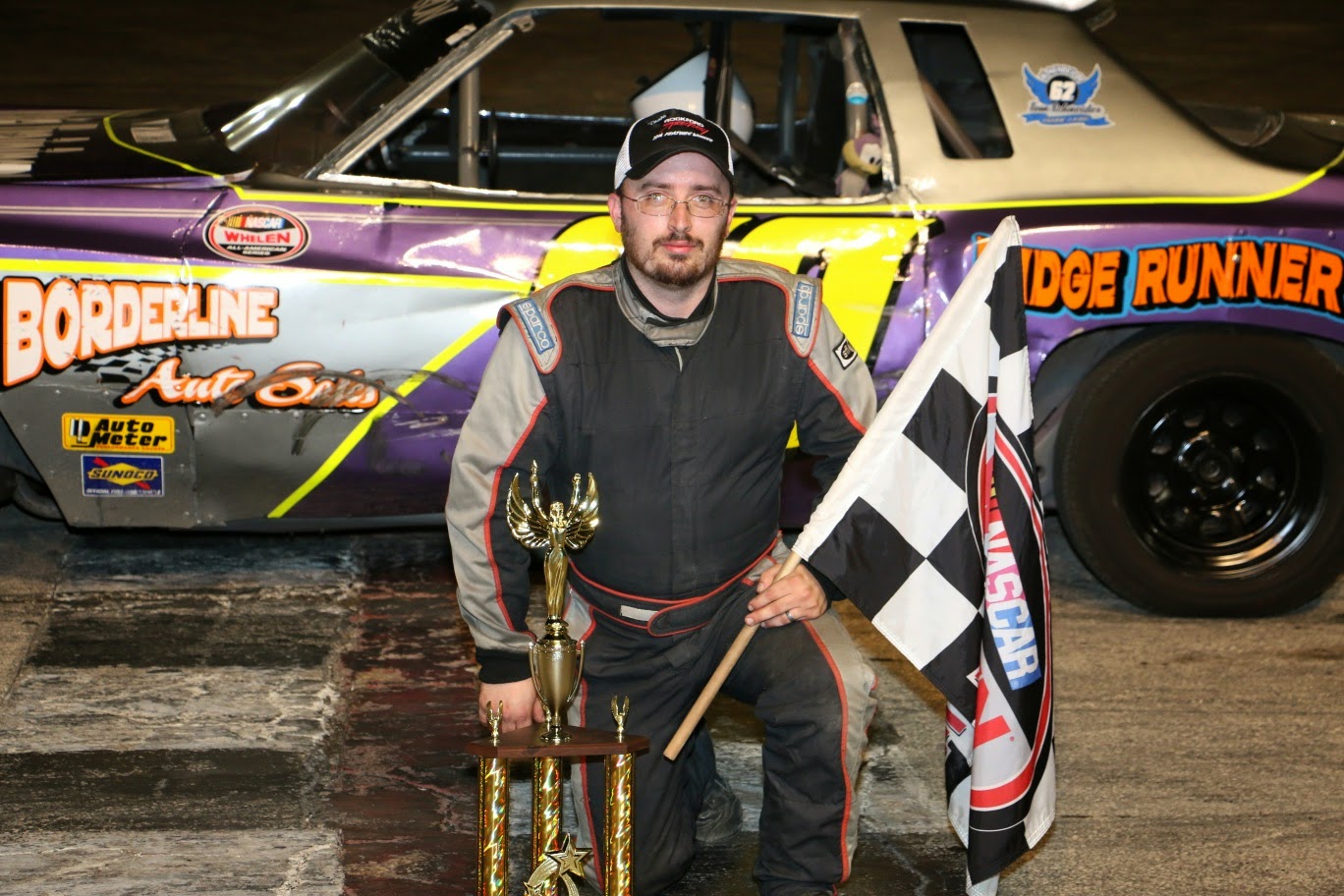 Terrance Robinson, # 99 Beloit, Wis poses with the winners trophy in victory lane for the NASCAR RoadRunners.