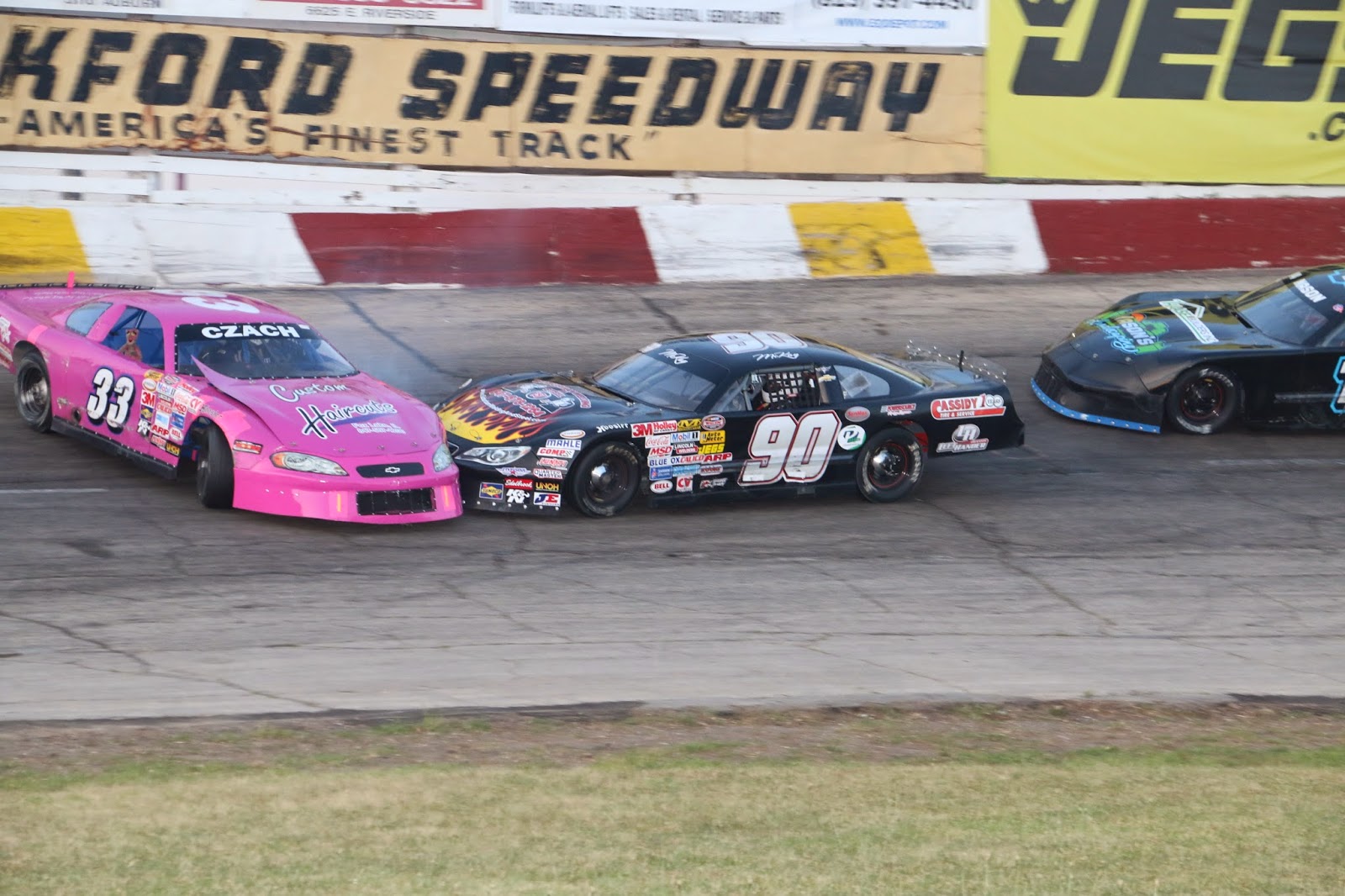 Dana Czach # 33, Wauconda, IL spins out in front of the field as the # 90 Chris McKay Streamwood, IL makes contact with Czach.  Both cars were able to continue racing. 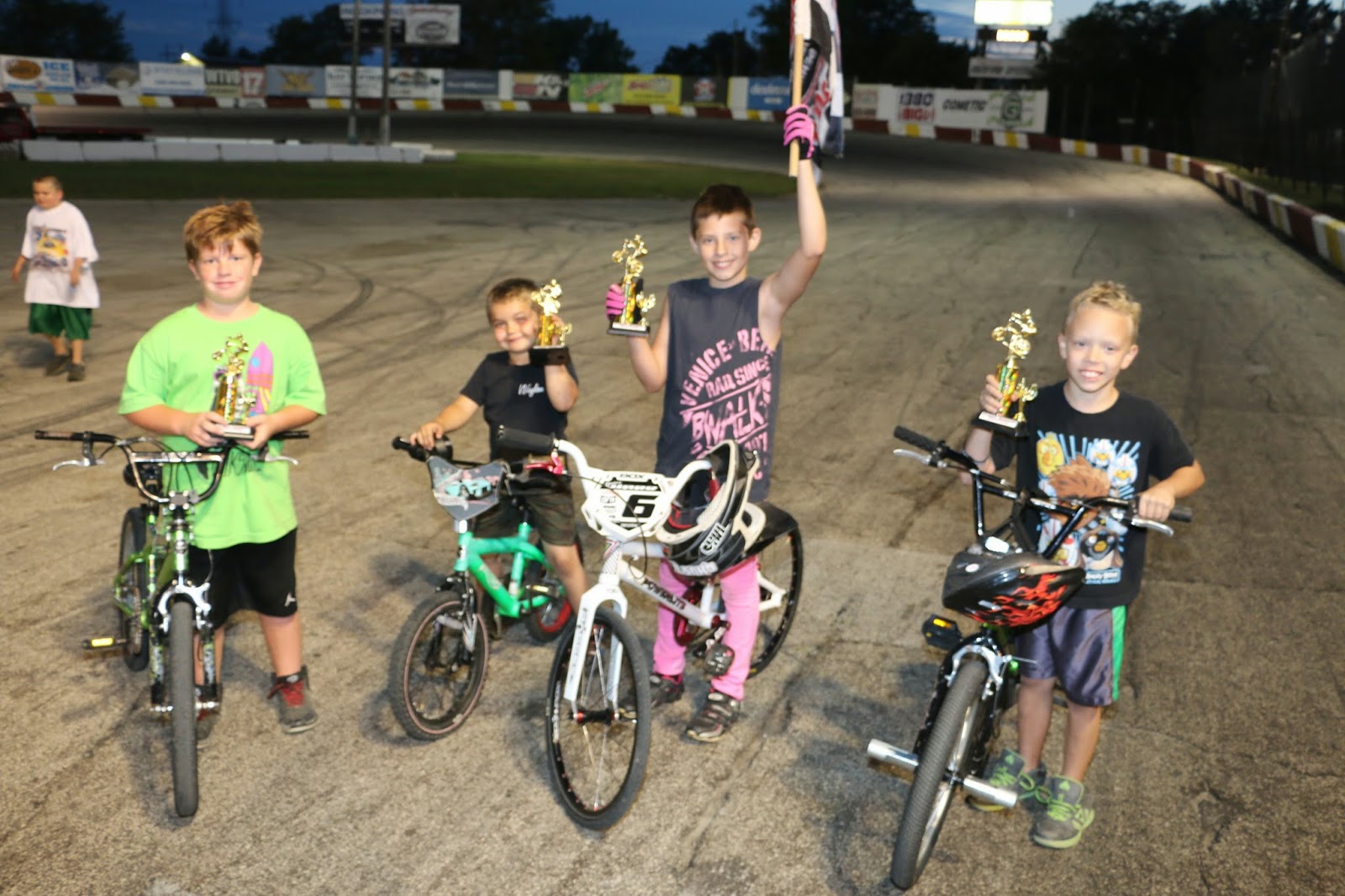 Kids of all ages took to the track for their annual Kids Bike Races, with the winners taking home a trophy for their winning efforts. 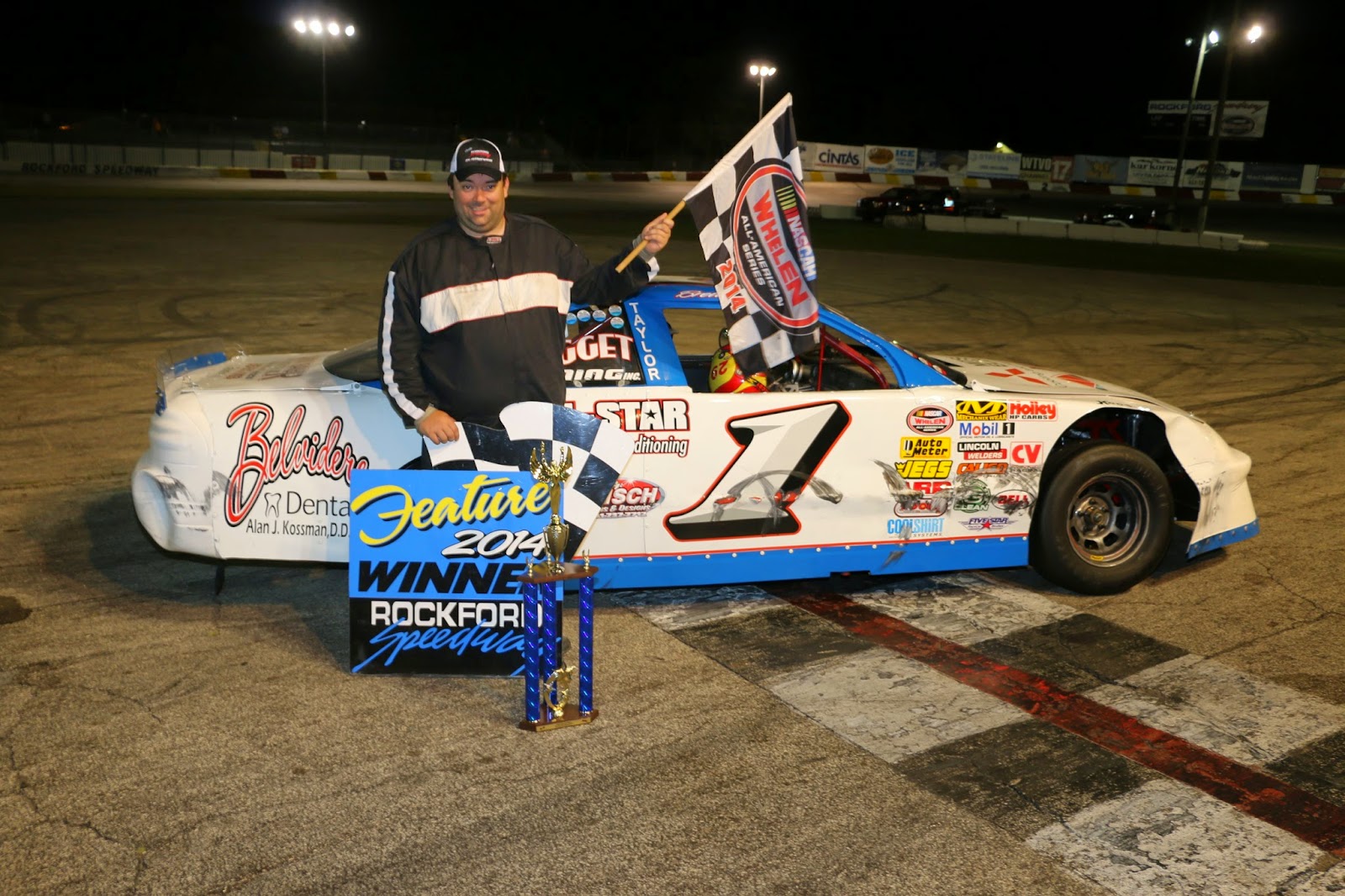 Brett McCoy, # 1 Belvidere, IL out races the field in his hotly contended feature race for the NASCAR sportsman. 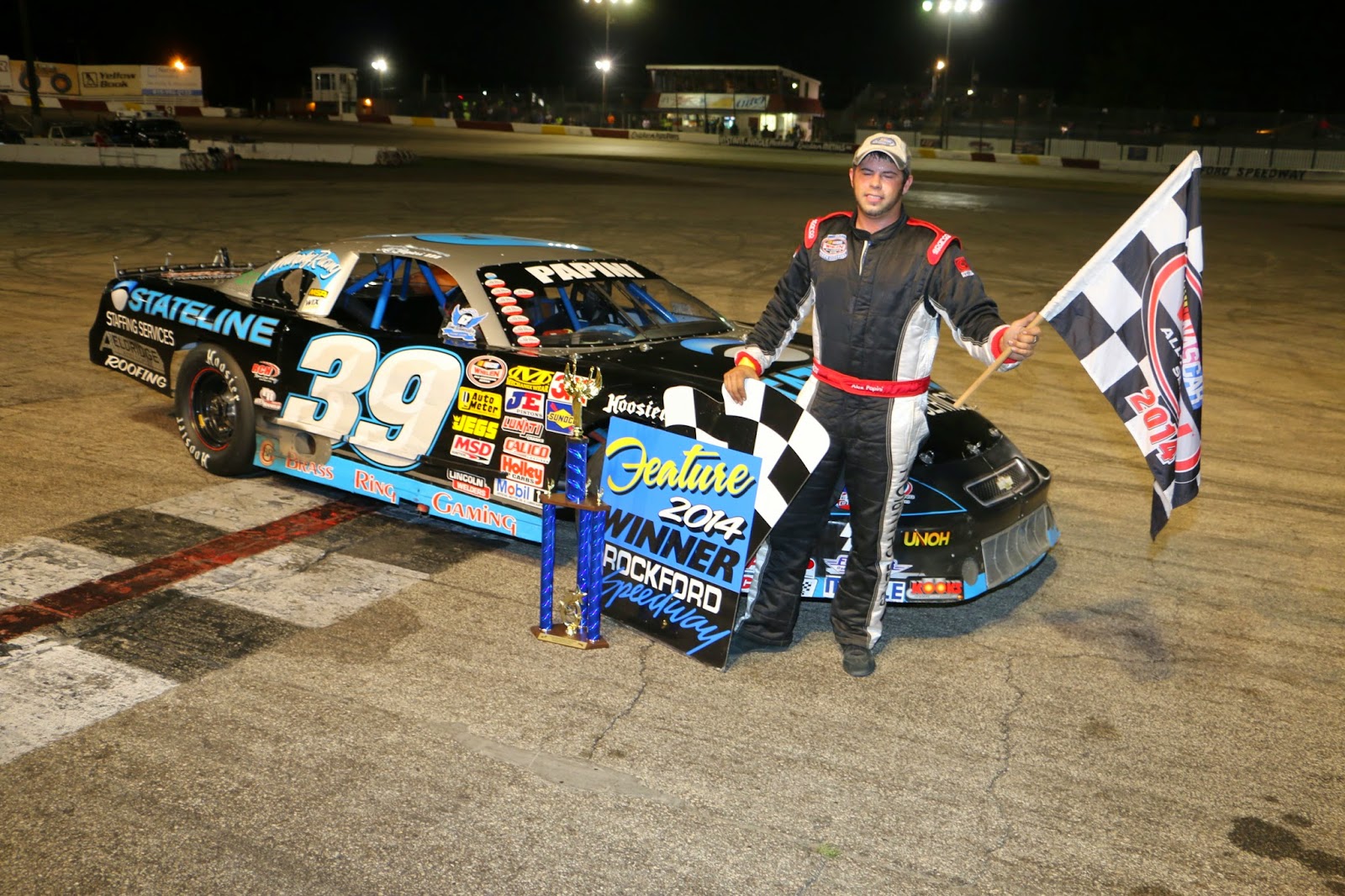 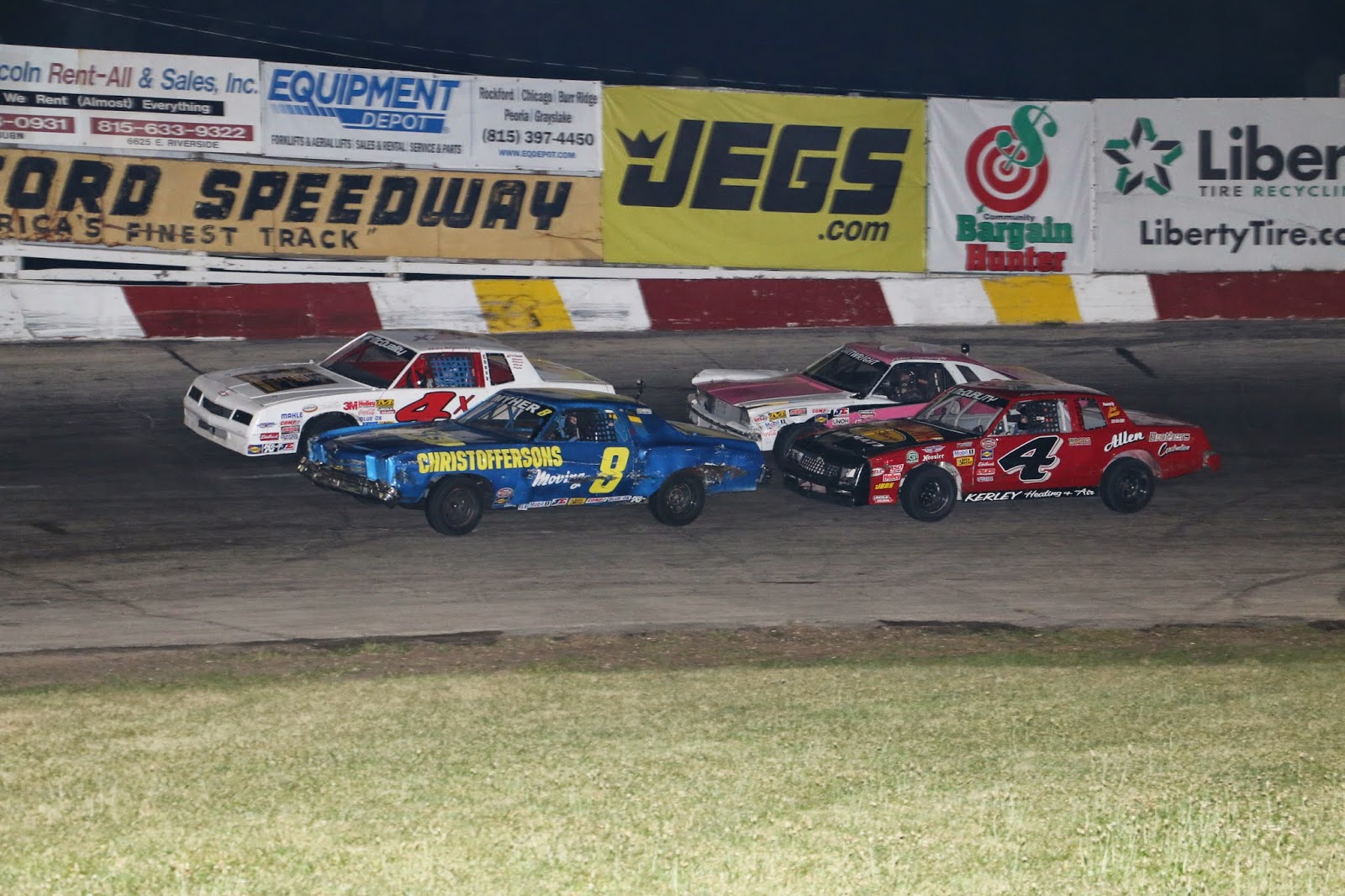 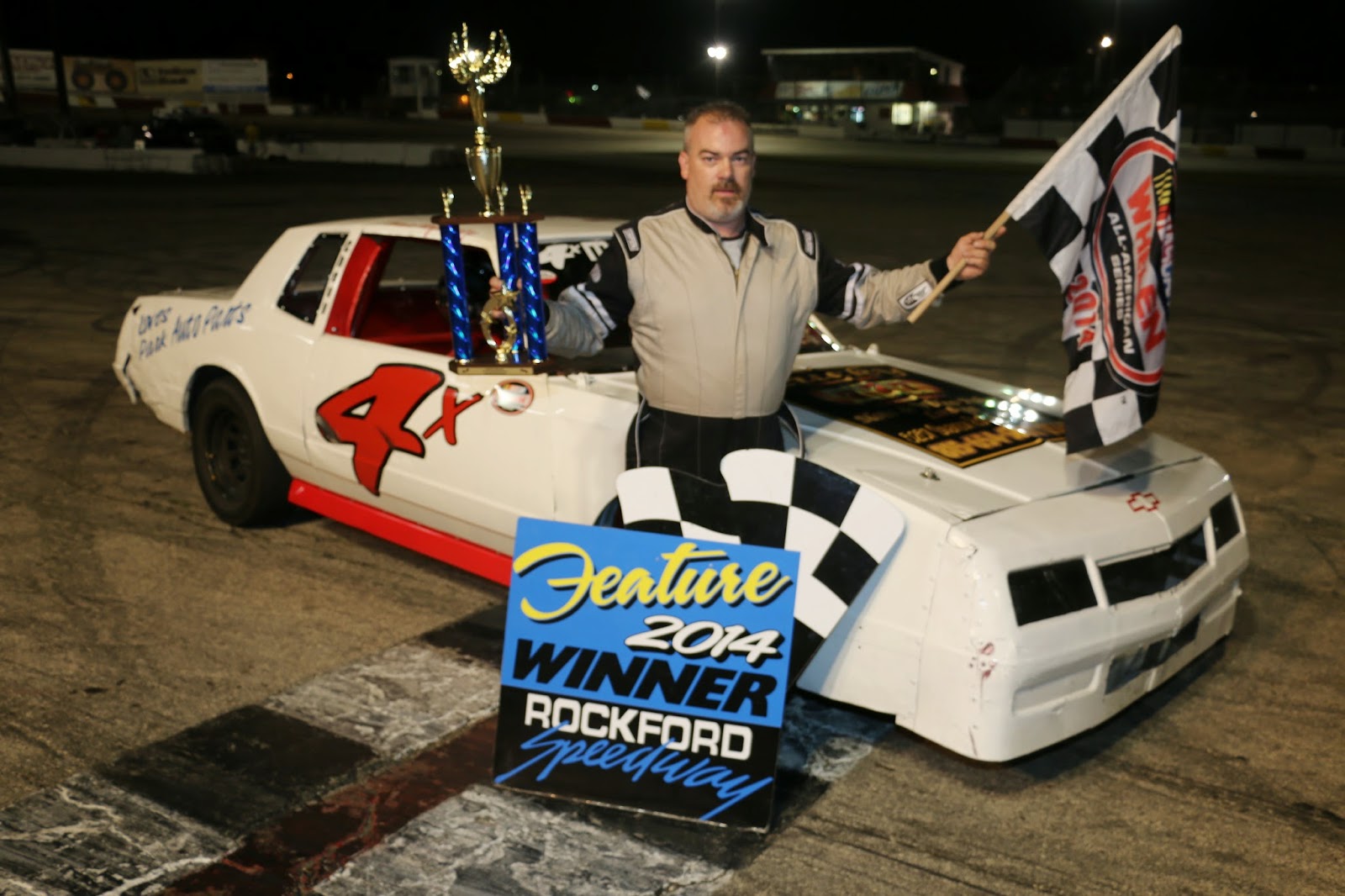 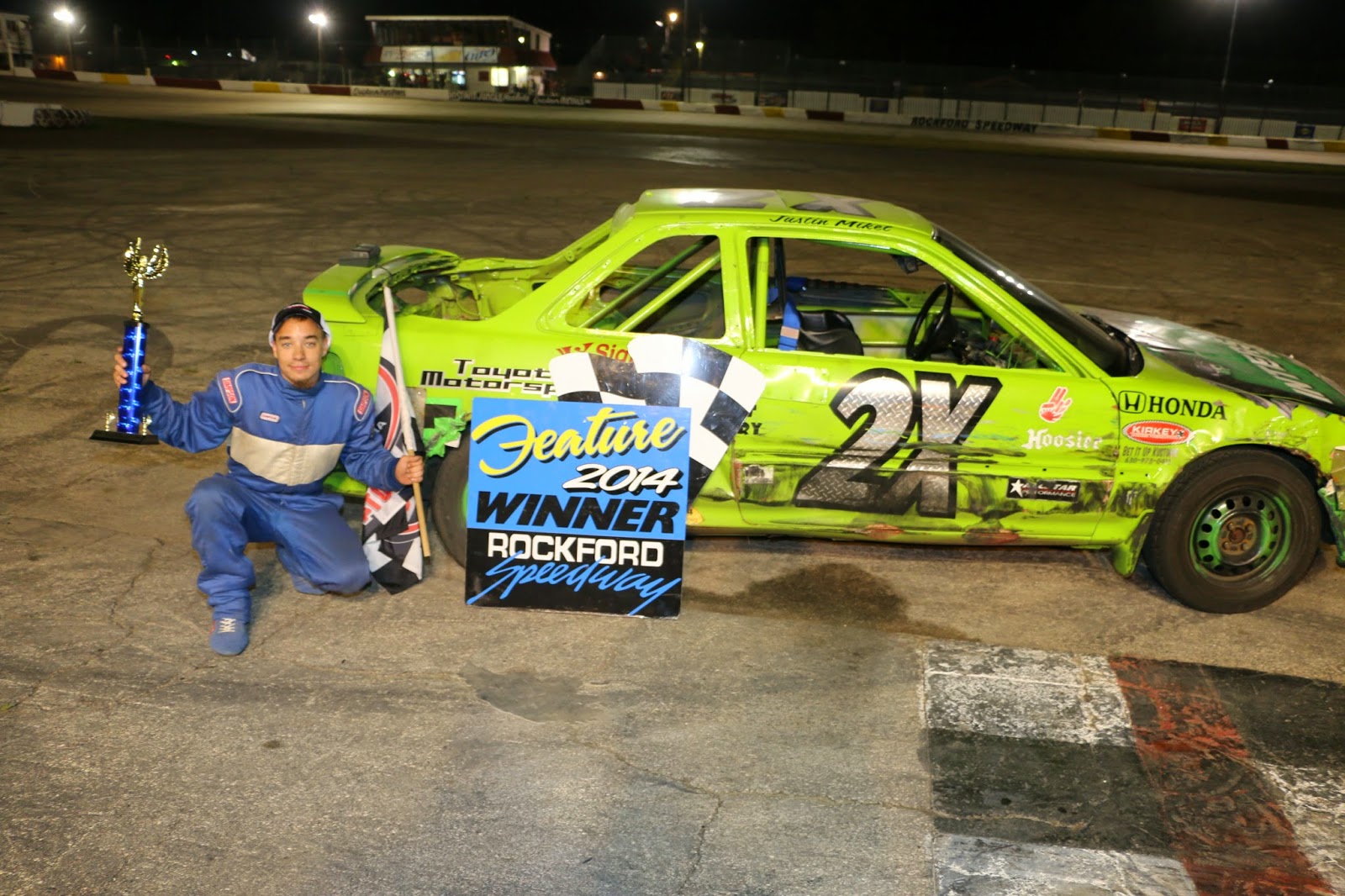