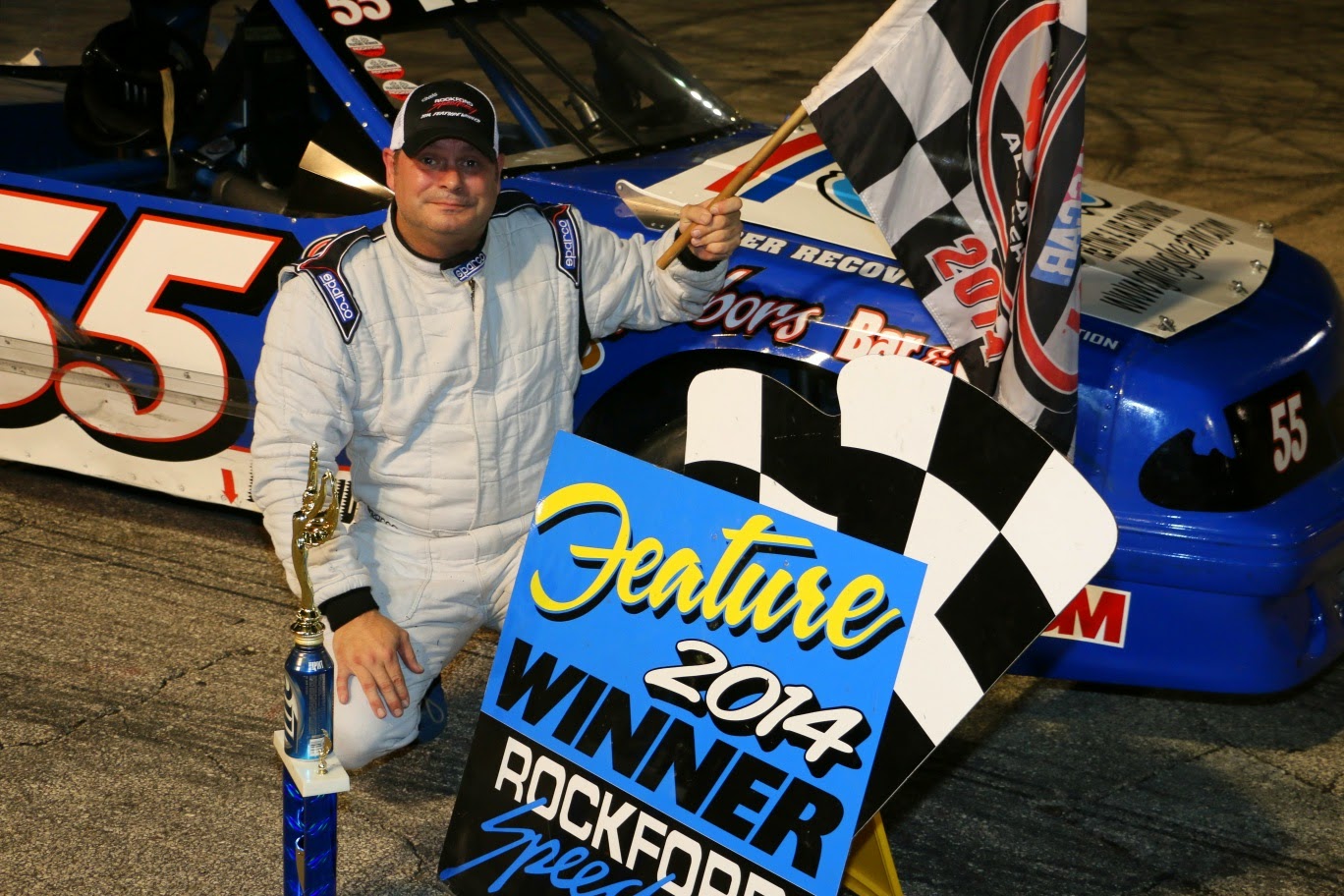 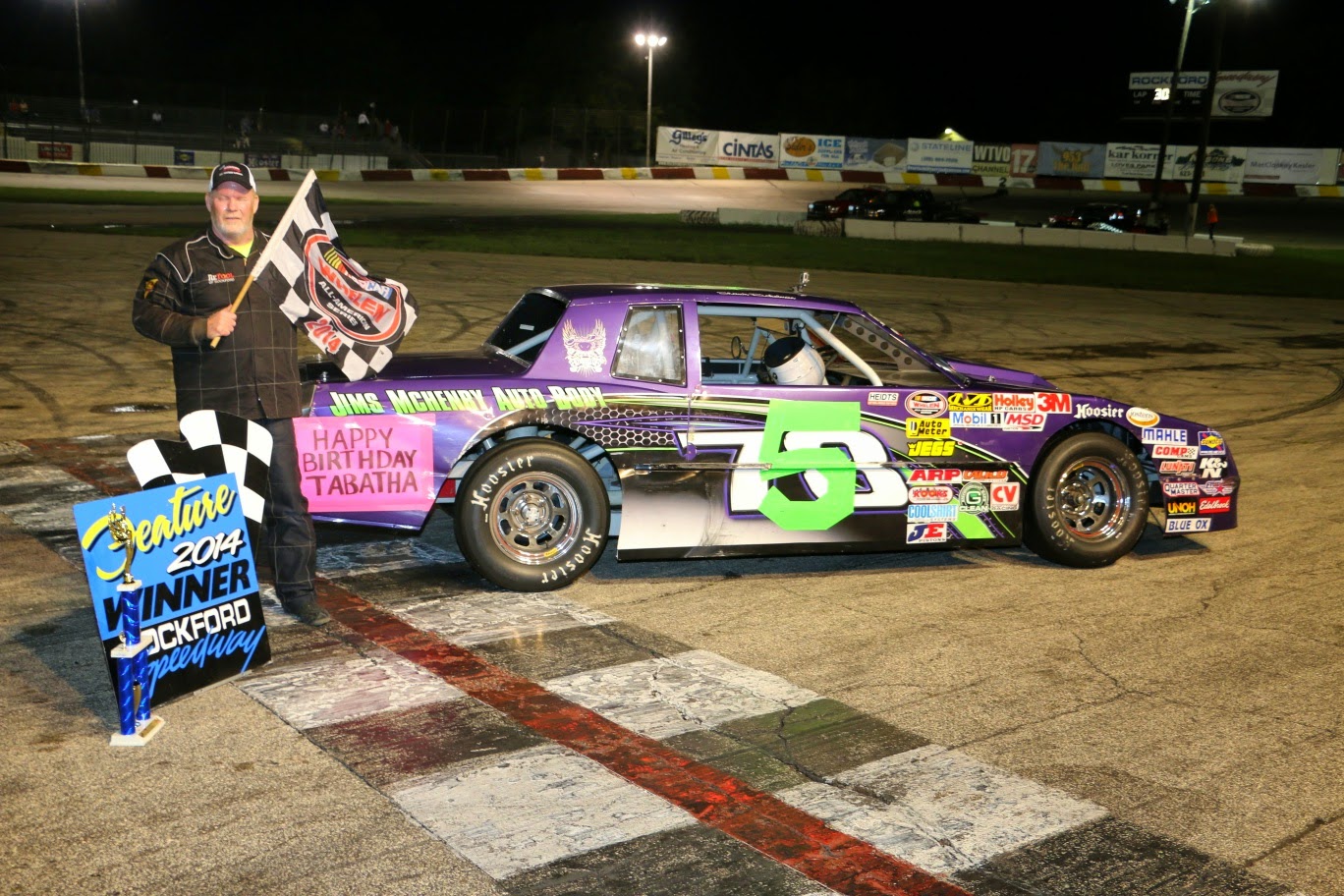 Three-time Bargain Hunter Sportsman champion Doug Bennett returned to the drivers seat for only the second time this season and promptly found himself in a place he is very familiar with, feature race victory lane. 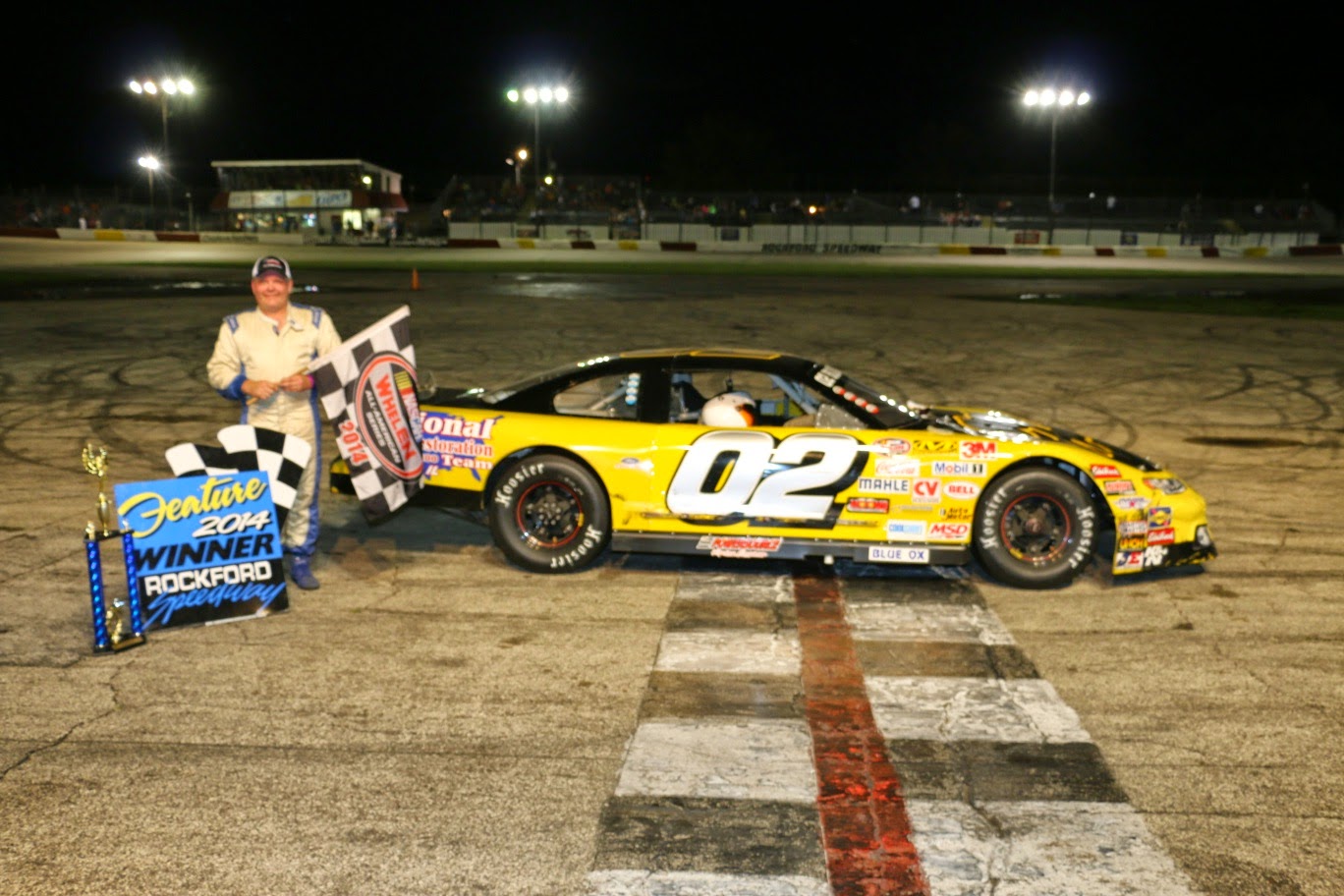 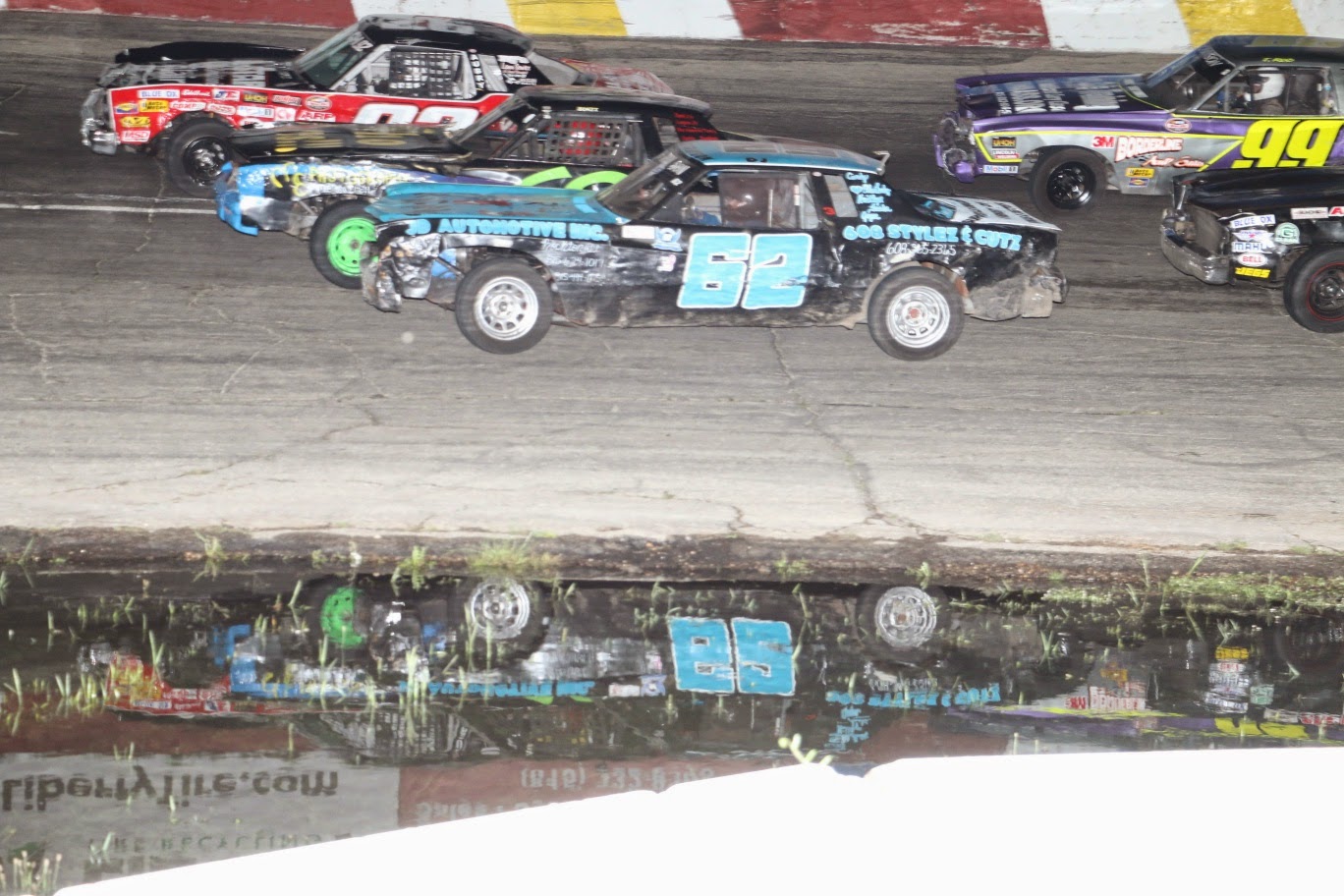 D.J.Smith Jr, # 62, Beloit, Wis  races to the front by taking on a water hazard on the inside  and the field on the outside. 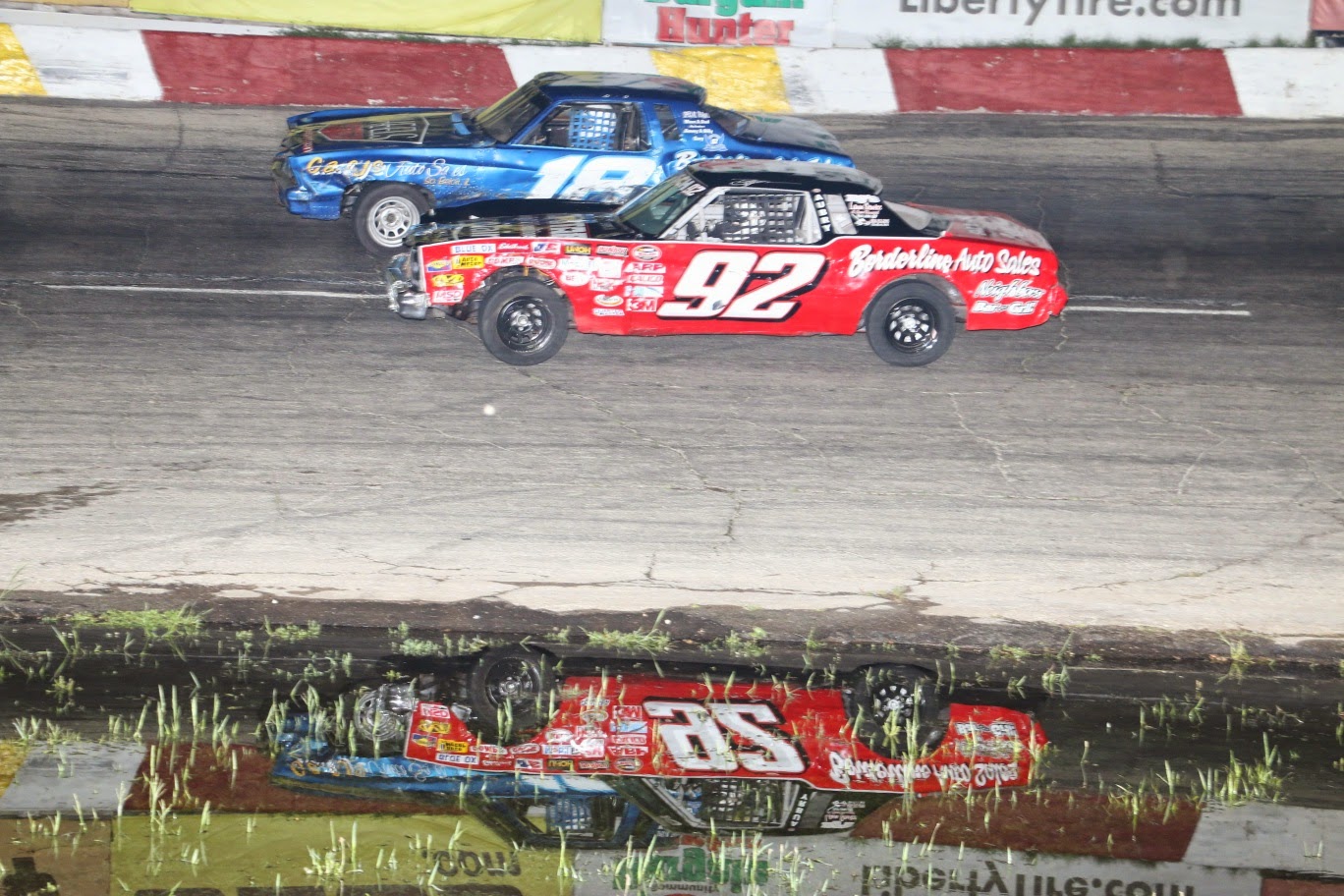 Bobby Frisch # 92 Beloit, Wis, makes his move on the inside for the lead in the RoadRunner main event. 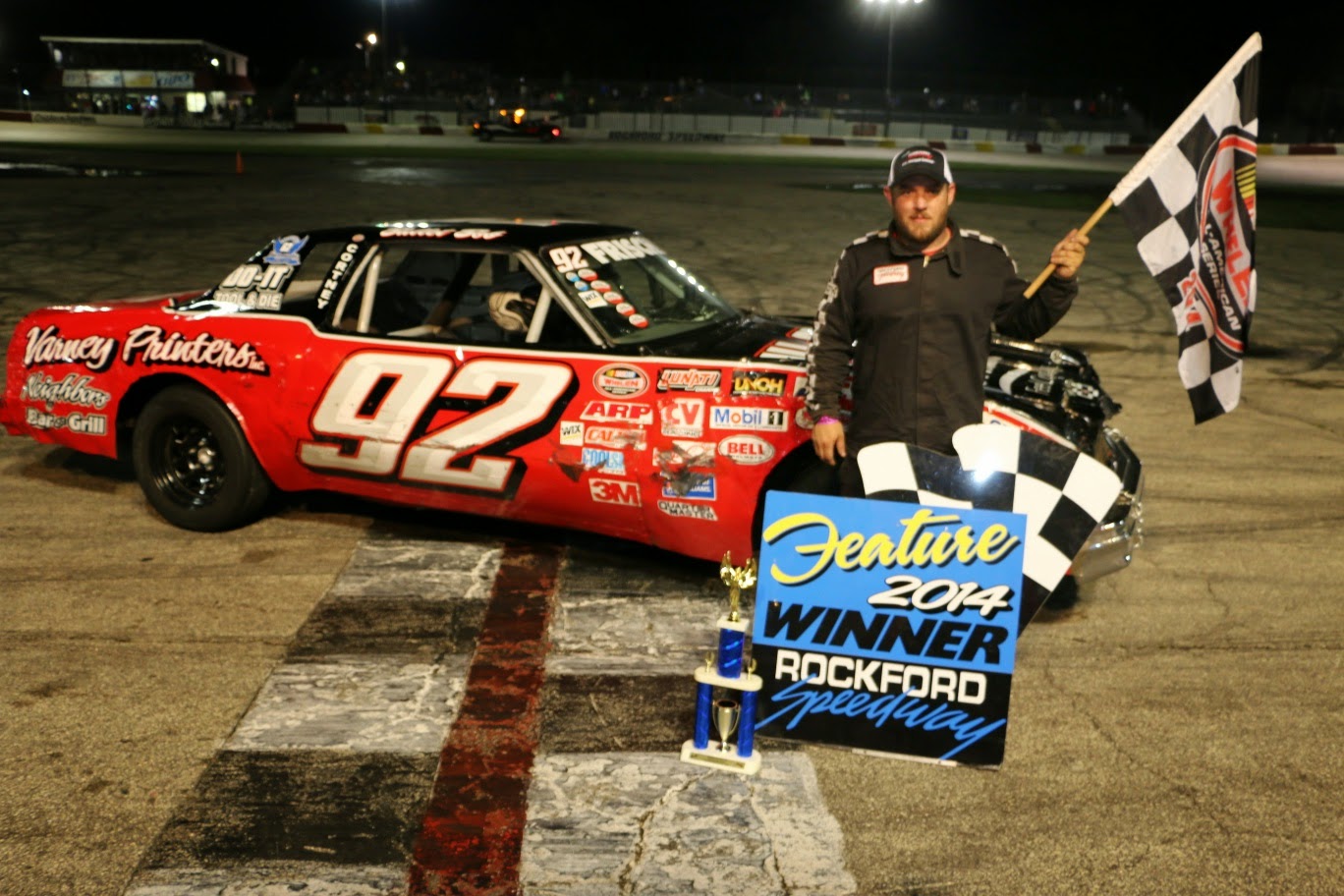 'Bullet’ Bobby Frisch # 92 Beloit, Wis, may soon have his mail delivered to victory lane at Rockford Speedway, as it seems he spends much of his time there after winning the RoadRunner feature race. 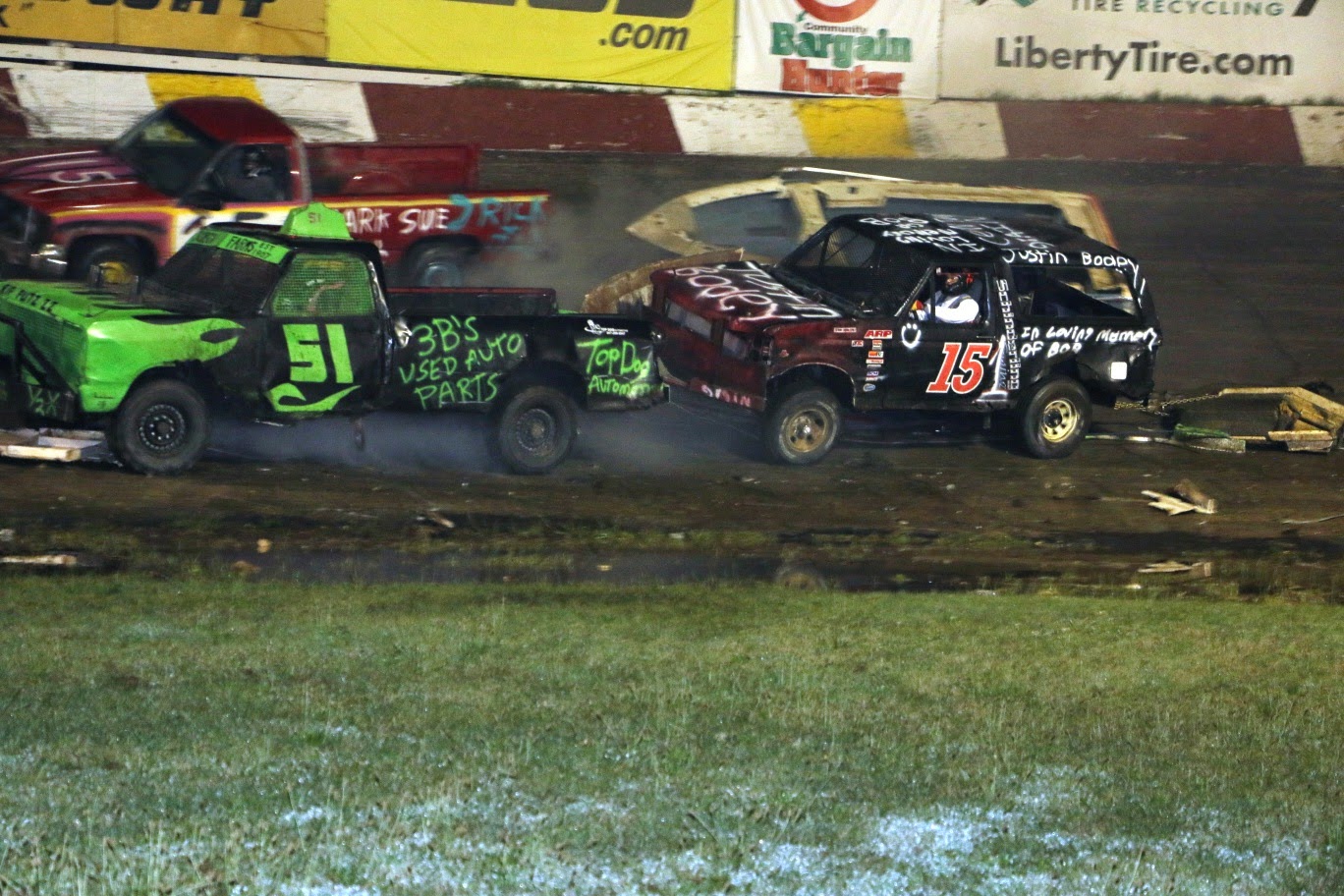 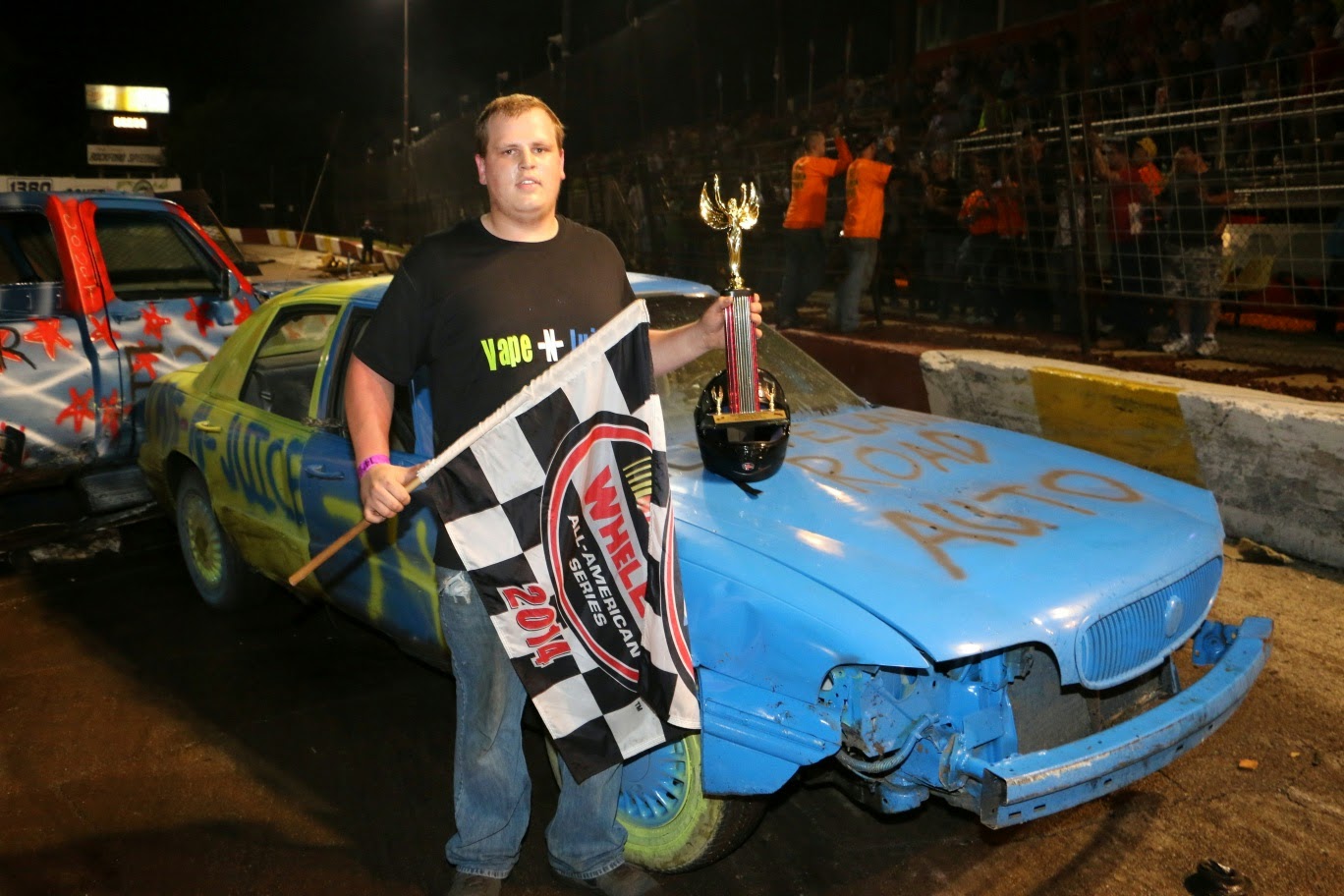 Justin Lindsay topped Lance Fontain and 22 other competitors in the final event of the night, “Nick’s Beatin & Bangin Boat Race.