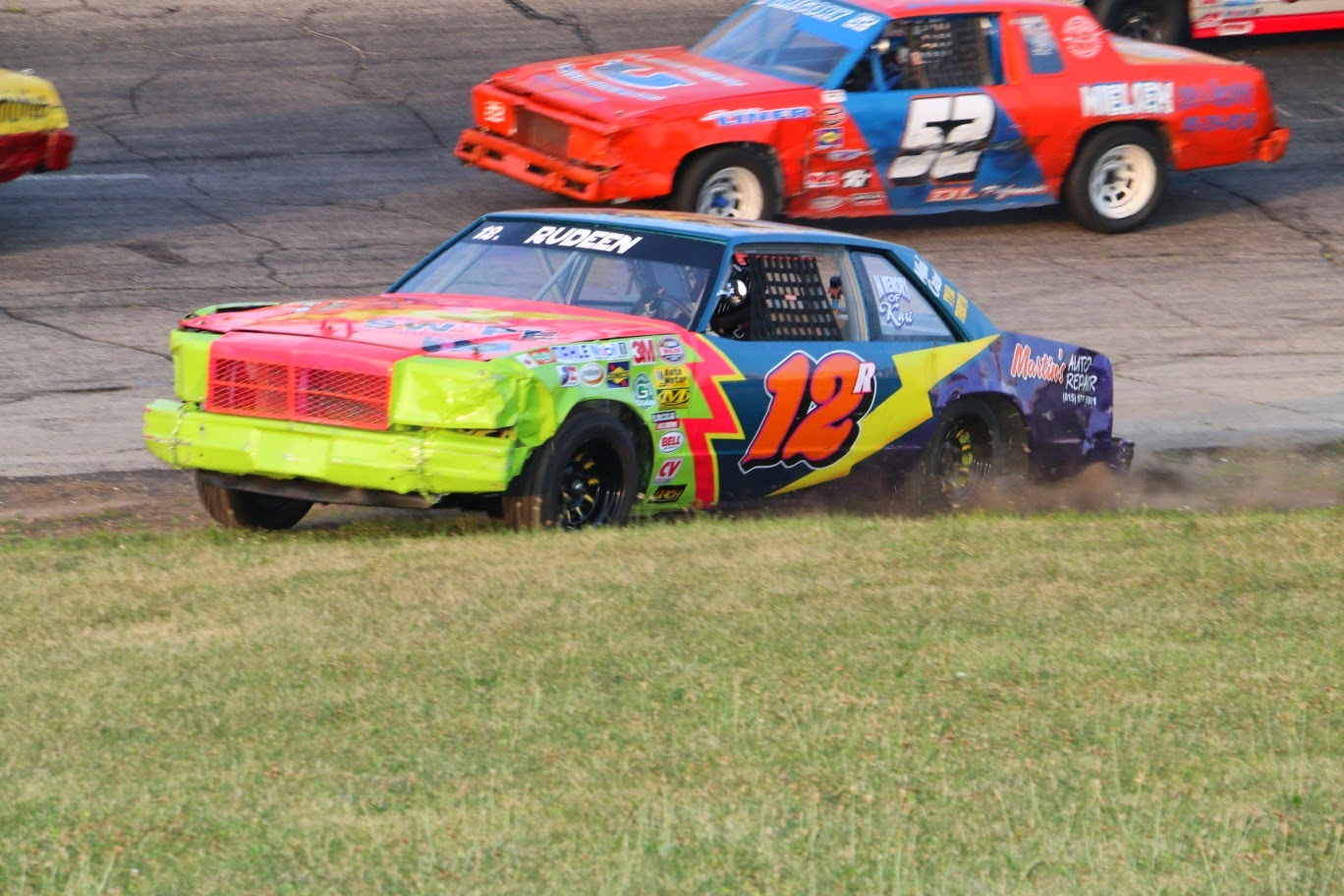 Autumn Rudeen #12R finds herself racing in the infield as she loses control of her race car. 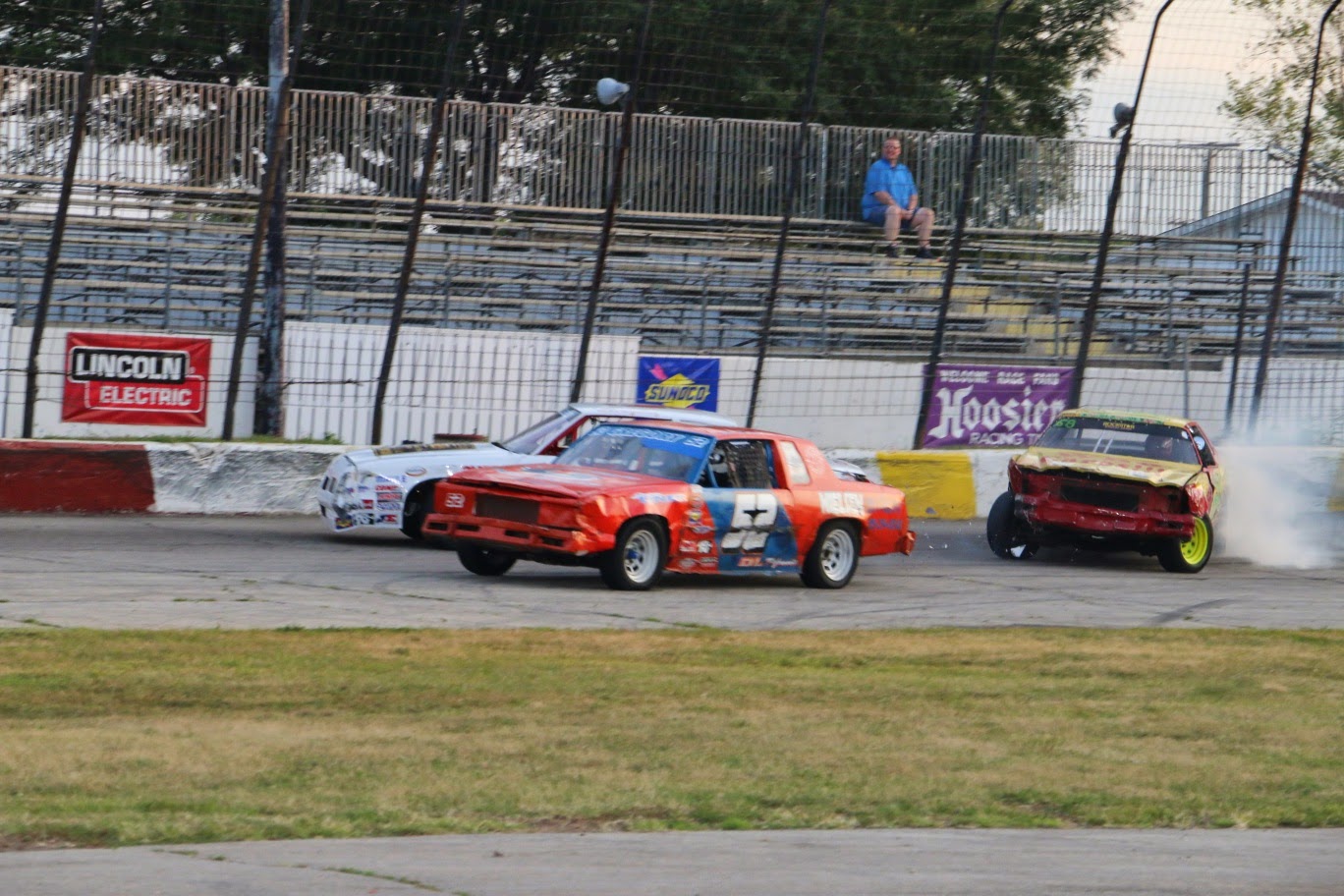 RoadRunner action down the backstretch saw these three drivers tangle causing one to sneak by on the inside while the other two crash into the wall and infield. 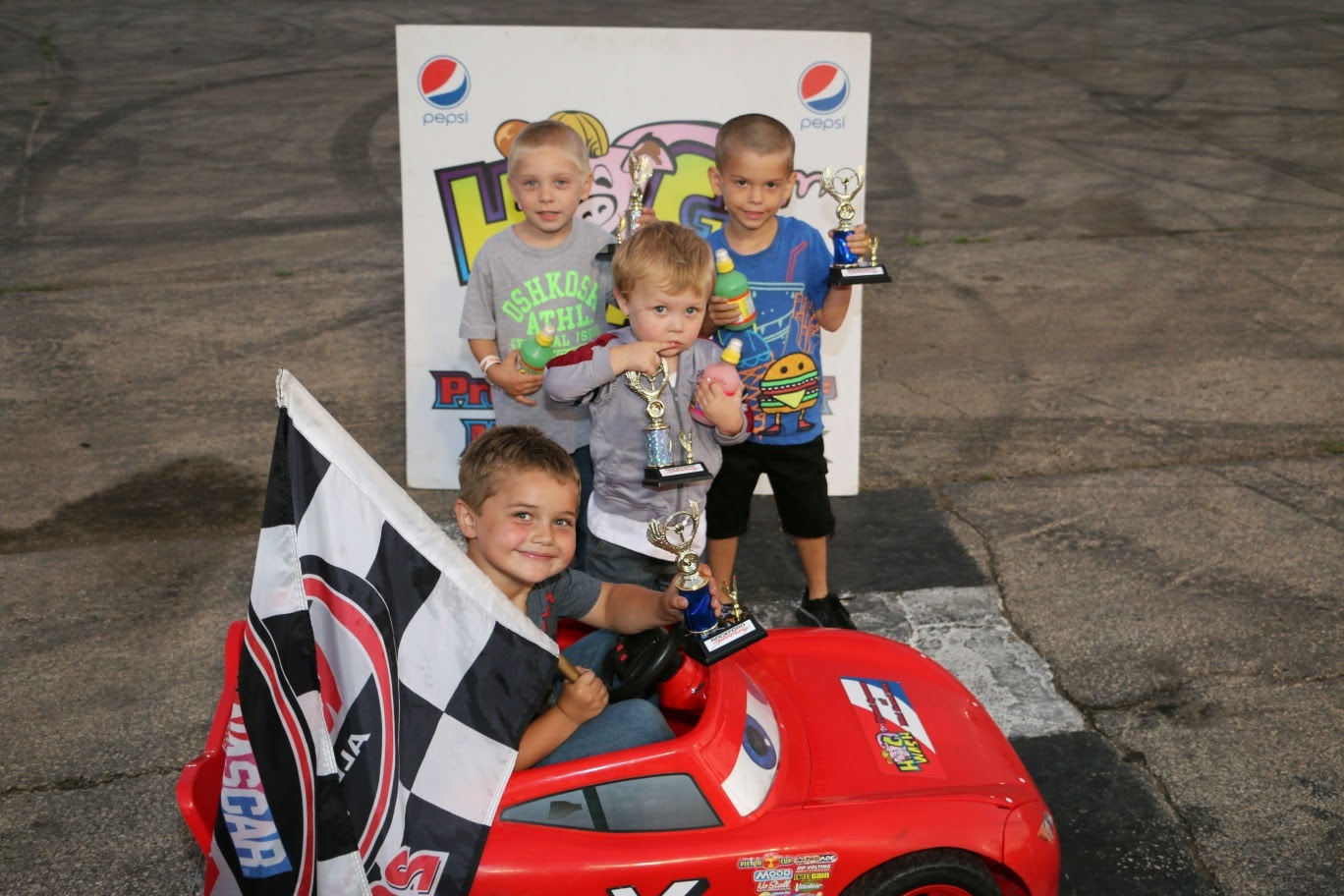 A popular event for the youngsters is the Hogwash Kids Mini Grand Prix race saw these four competitors in victory proudly holding their trophies. 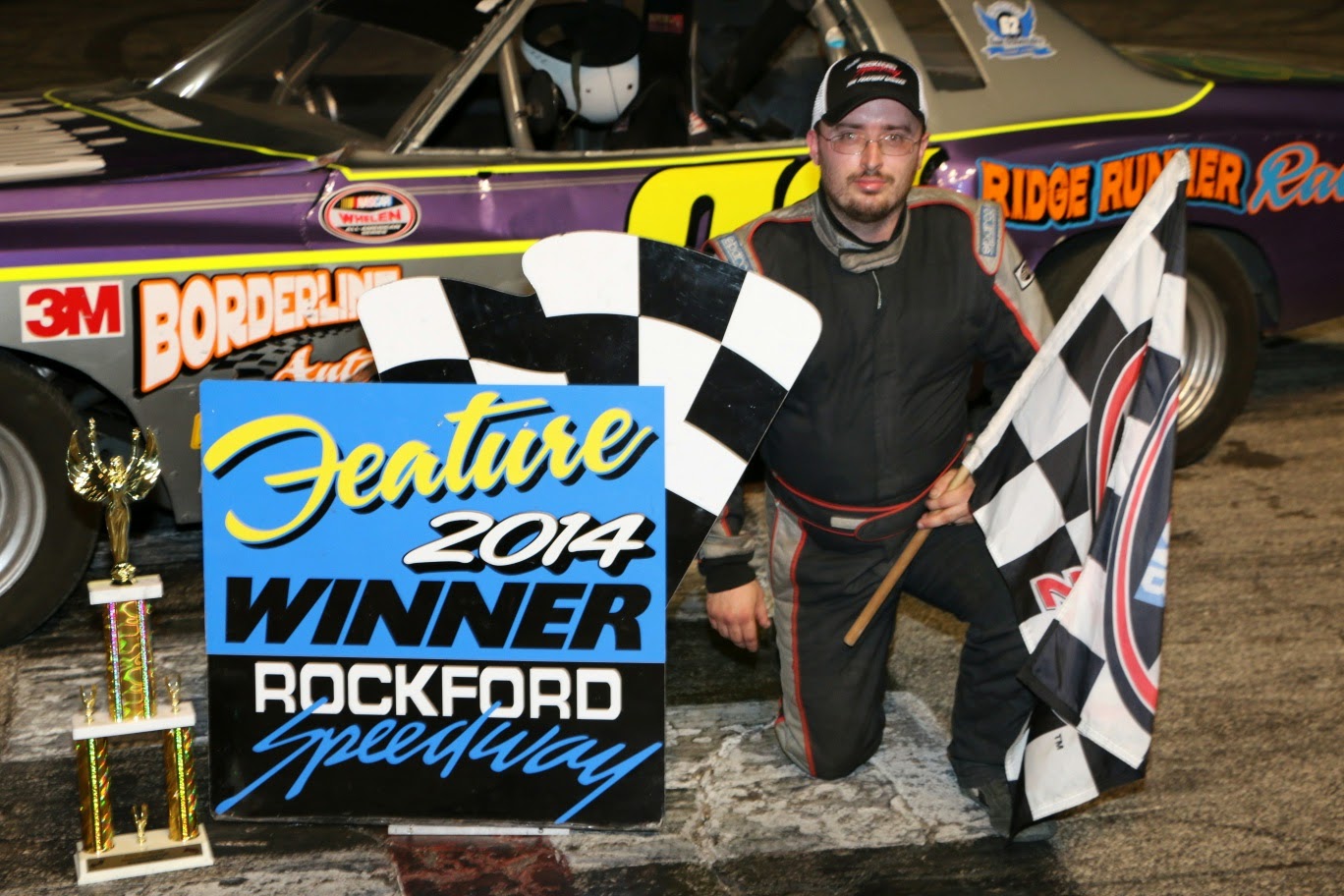 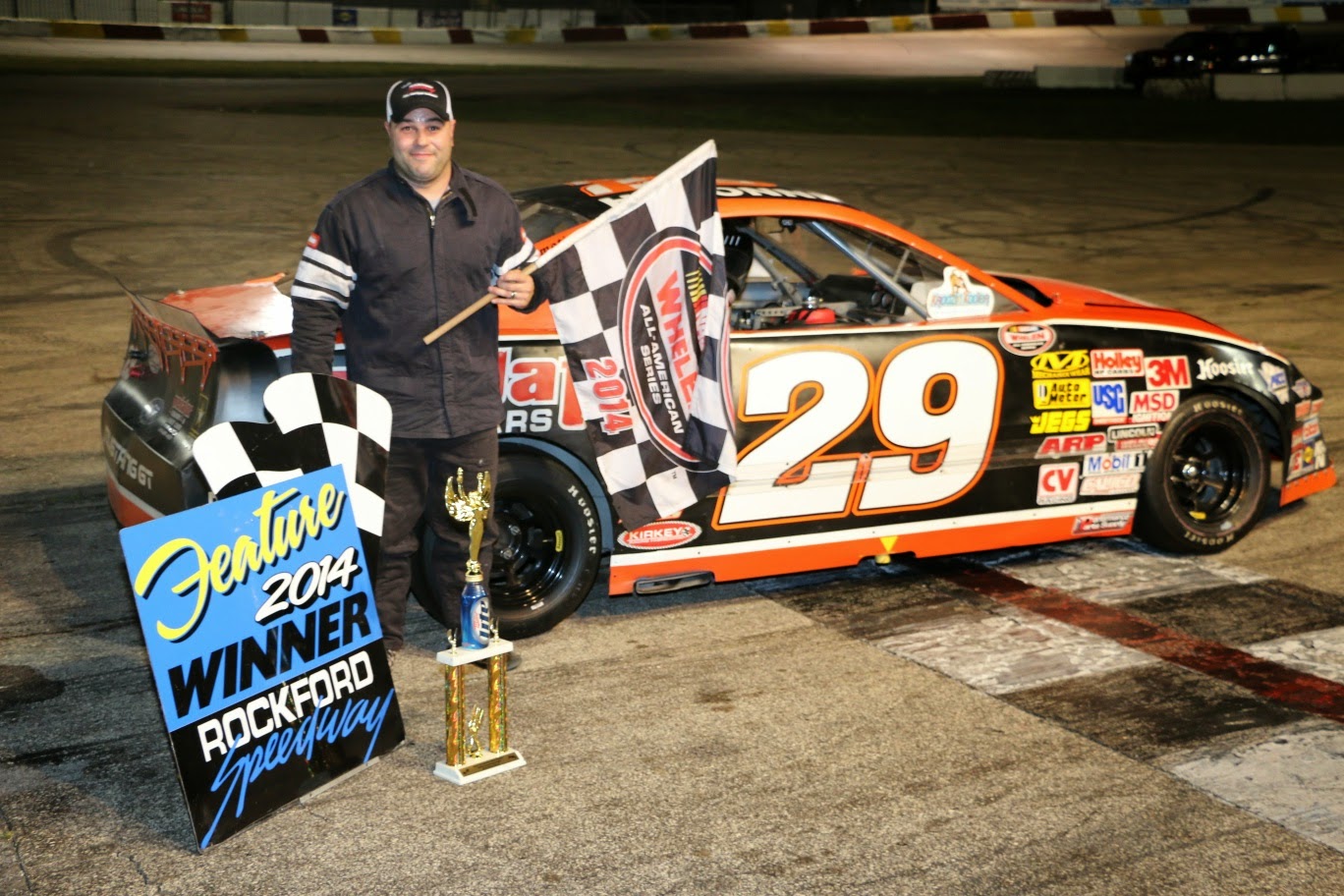 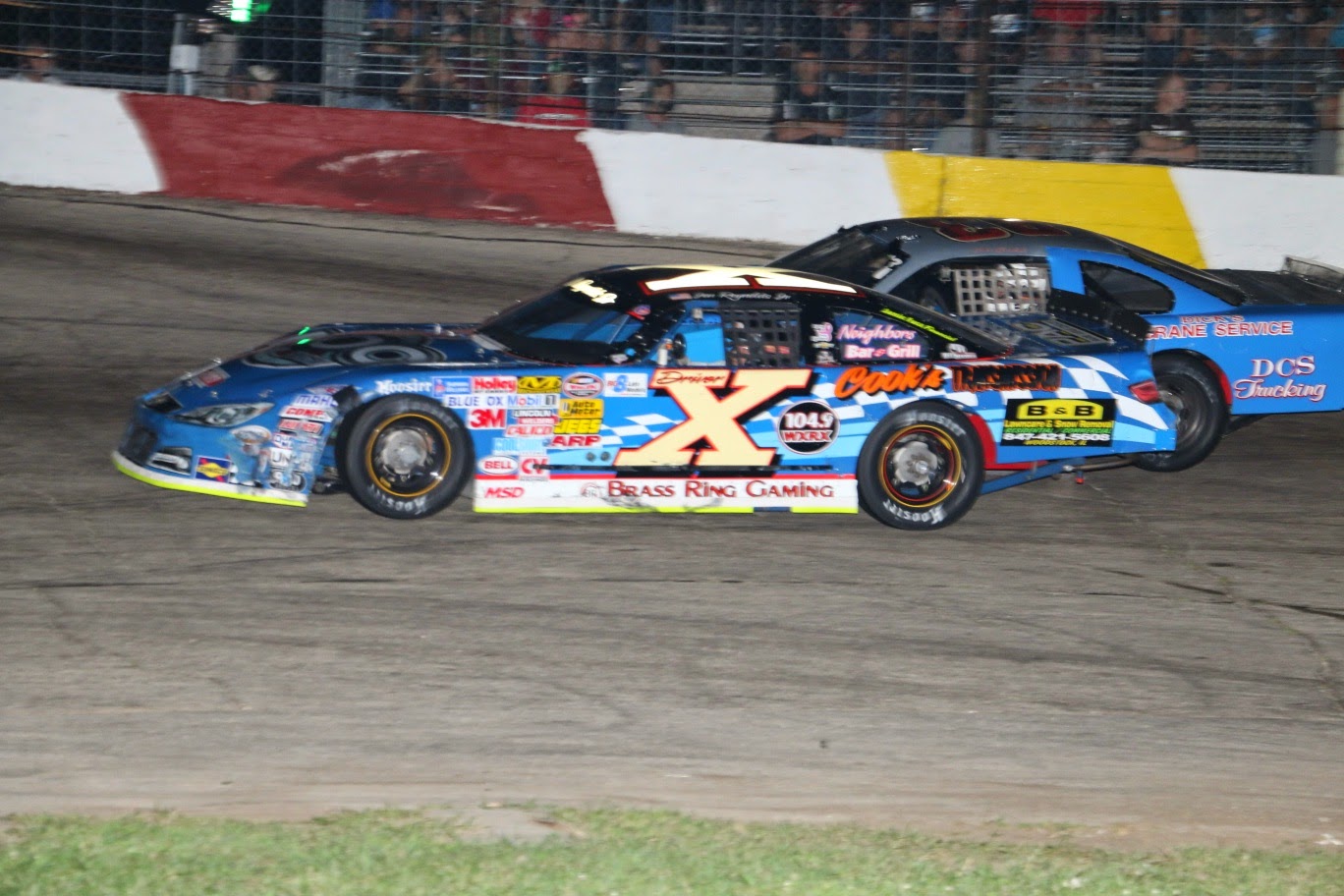 Jon Reynolds # Driver X. Rockford, IL  makes a pass on the inside to take the lead away from the # 92 in turn 3. 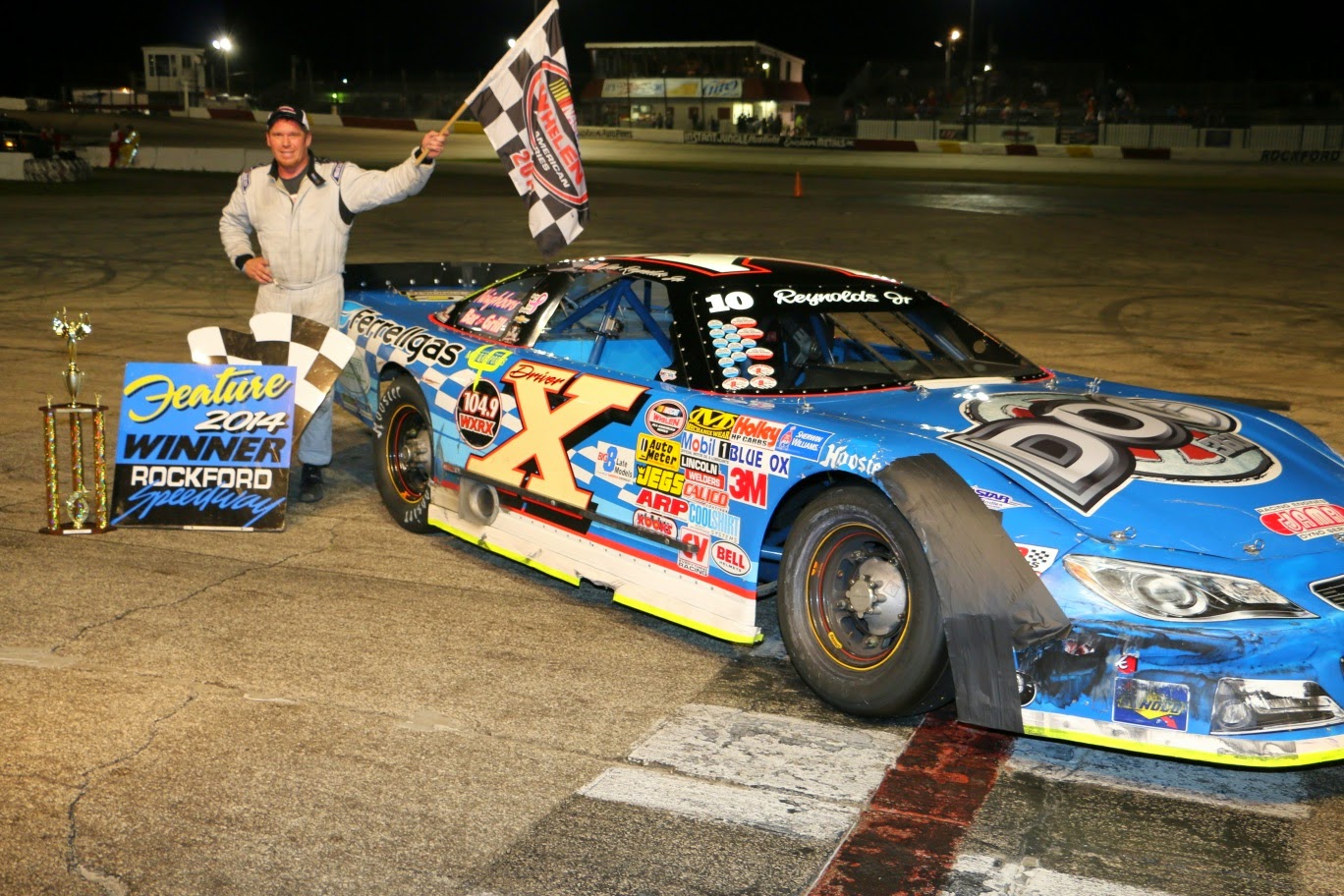 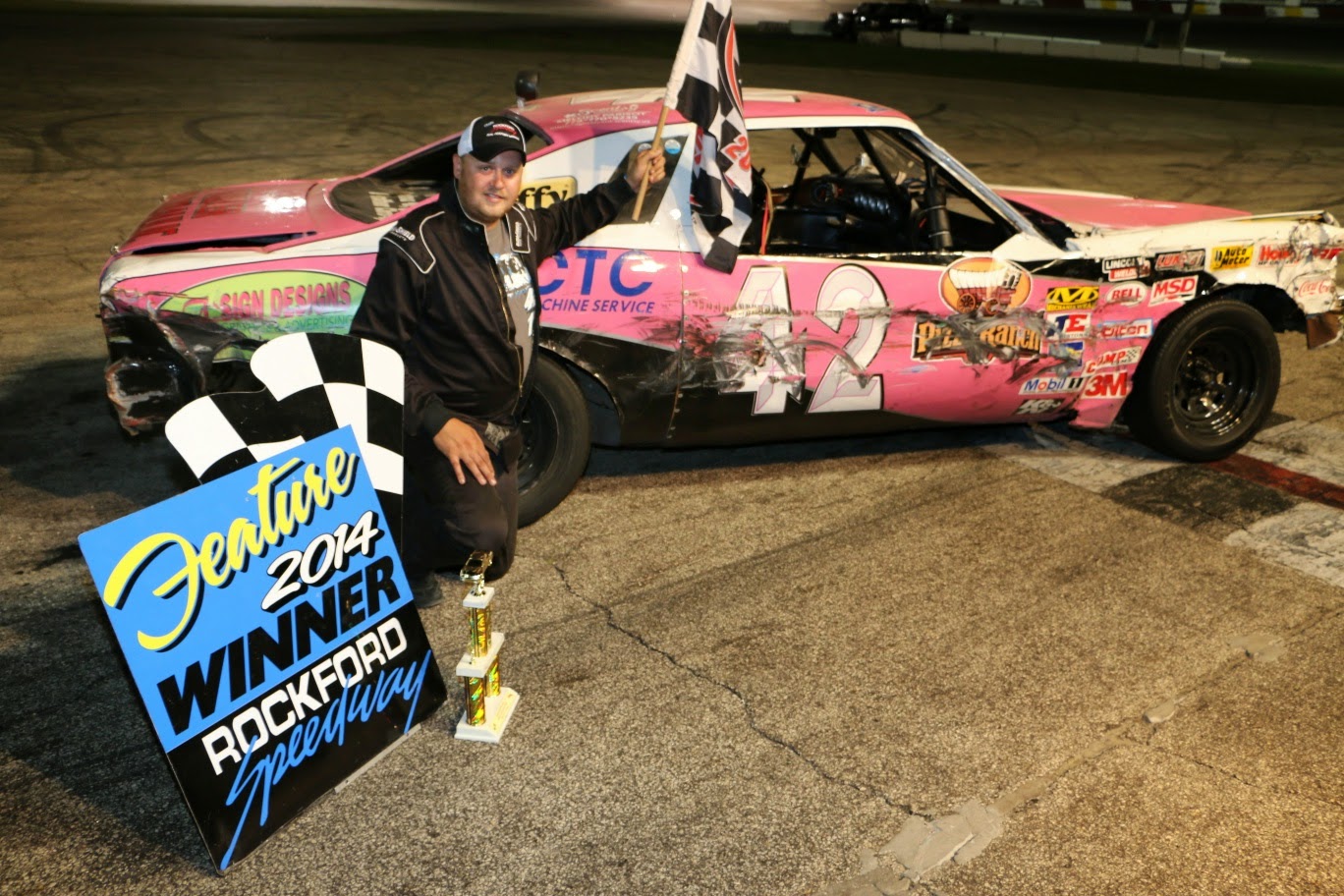