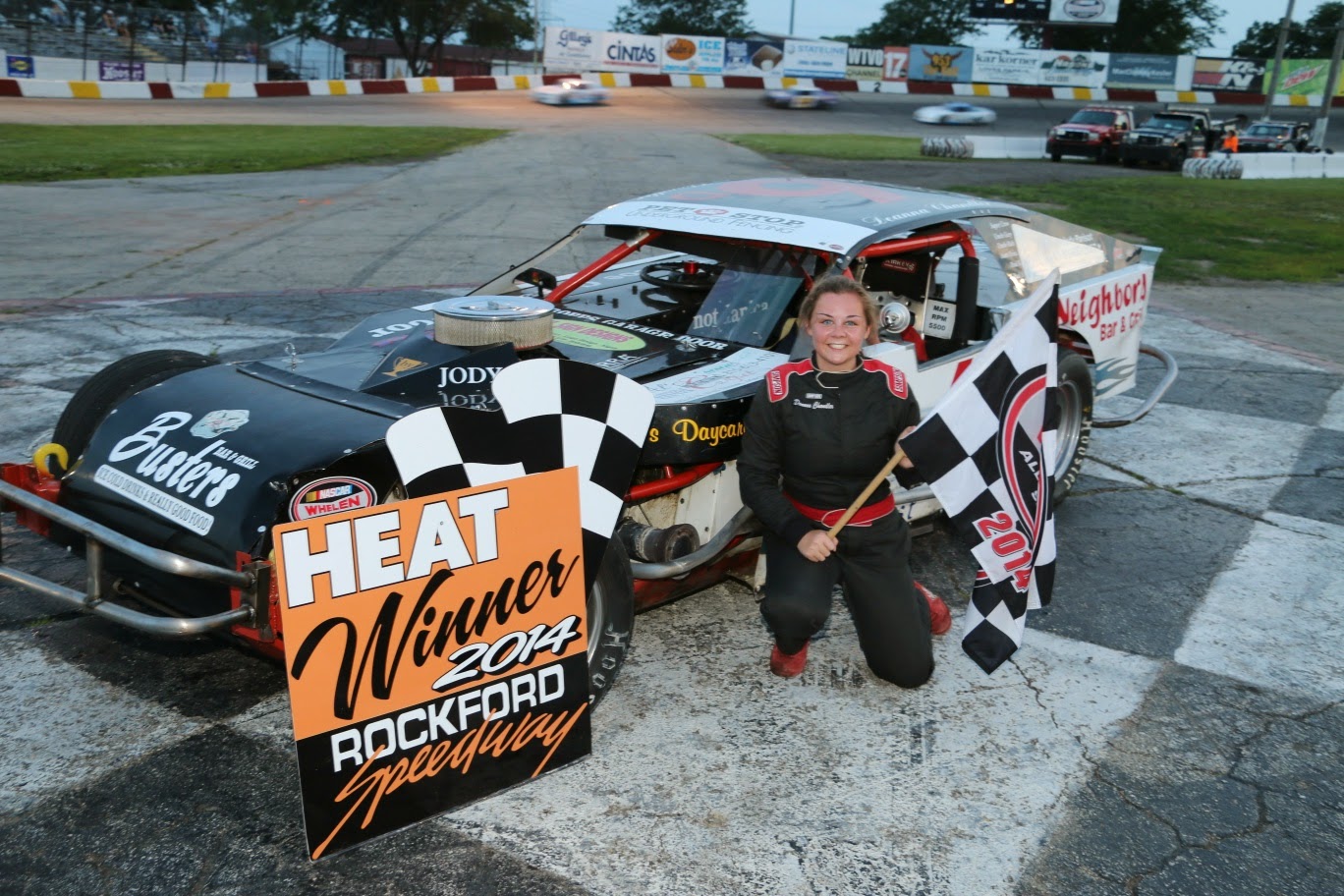 Deanna Chandler, # 6 Machesney Park, IL returned to victory lane and is all smiles. 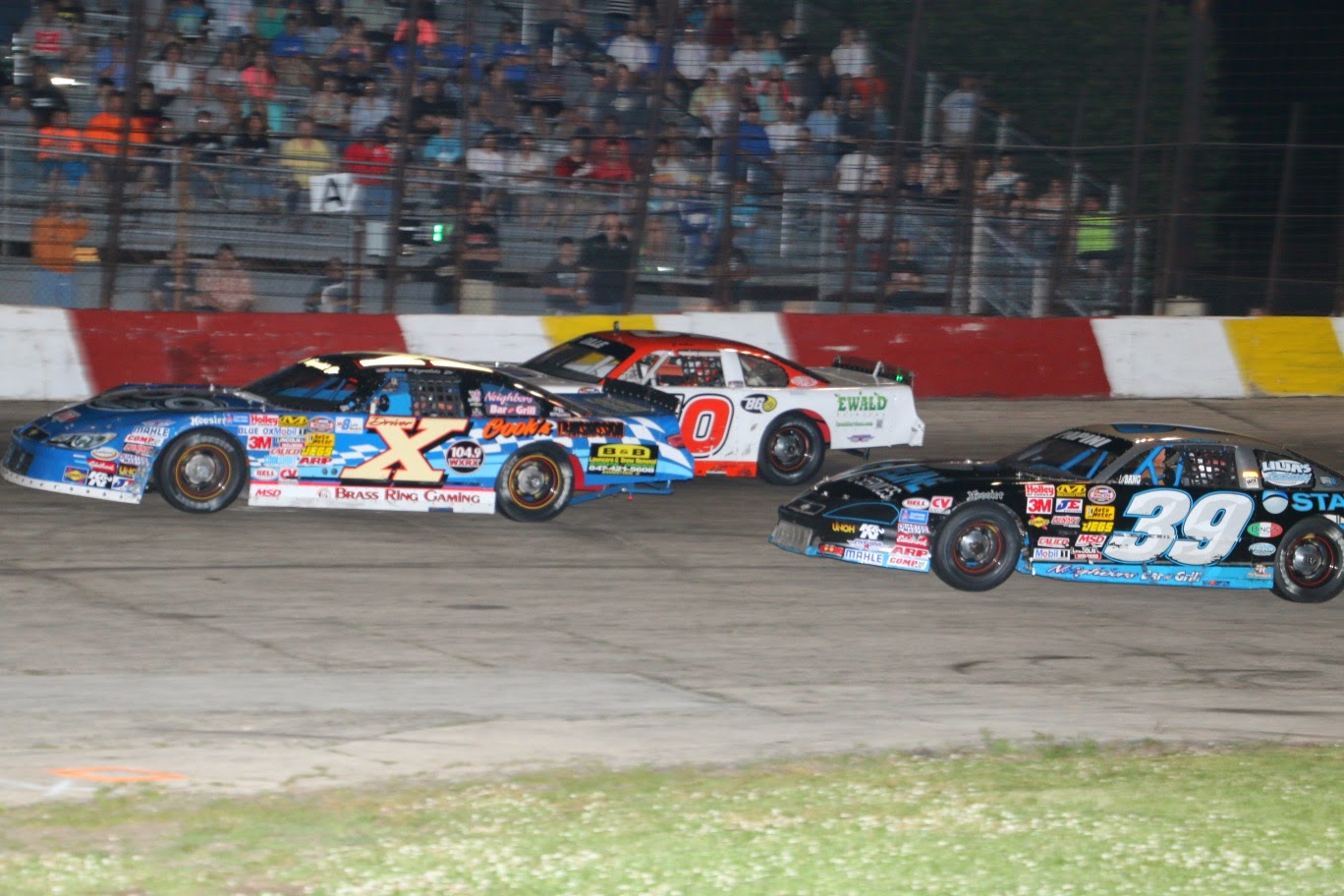 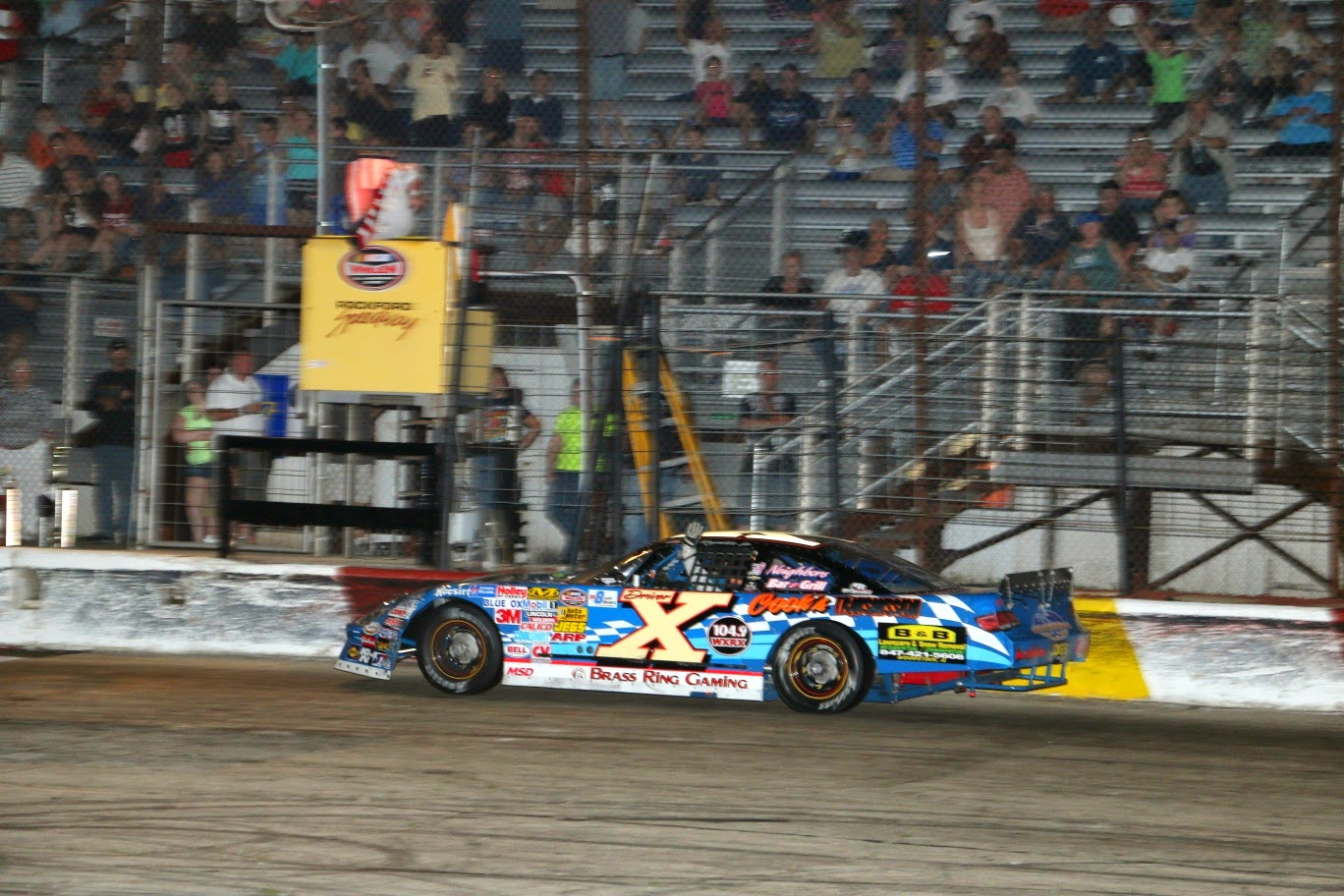 Coming from the last position in the starting field Jon Reynolds, # 'X' Rockford, IL crosses the finish line with his hand up in victory. 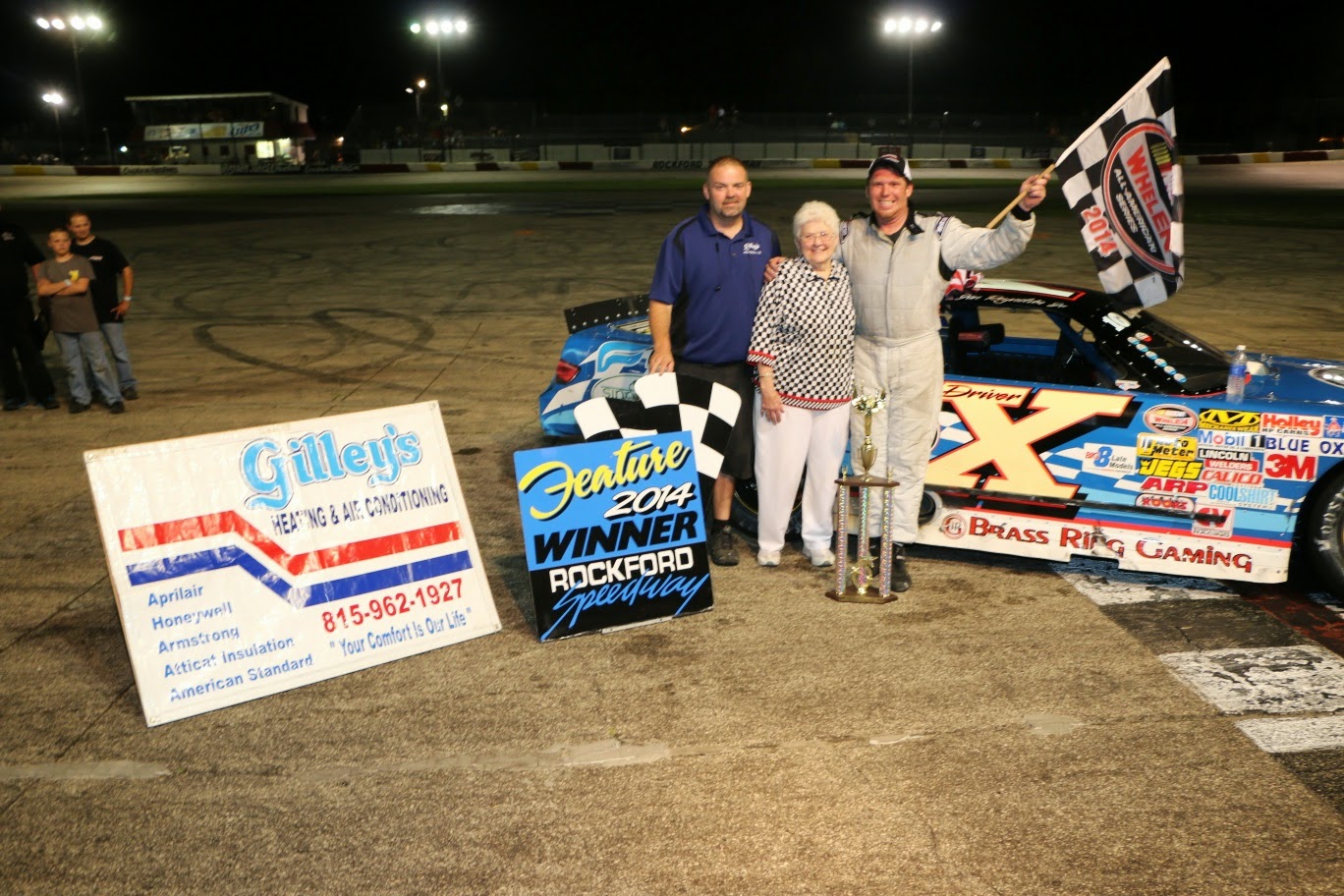 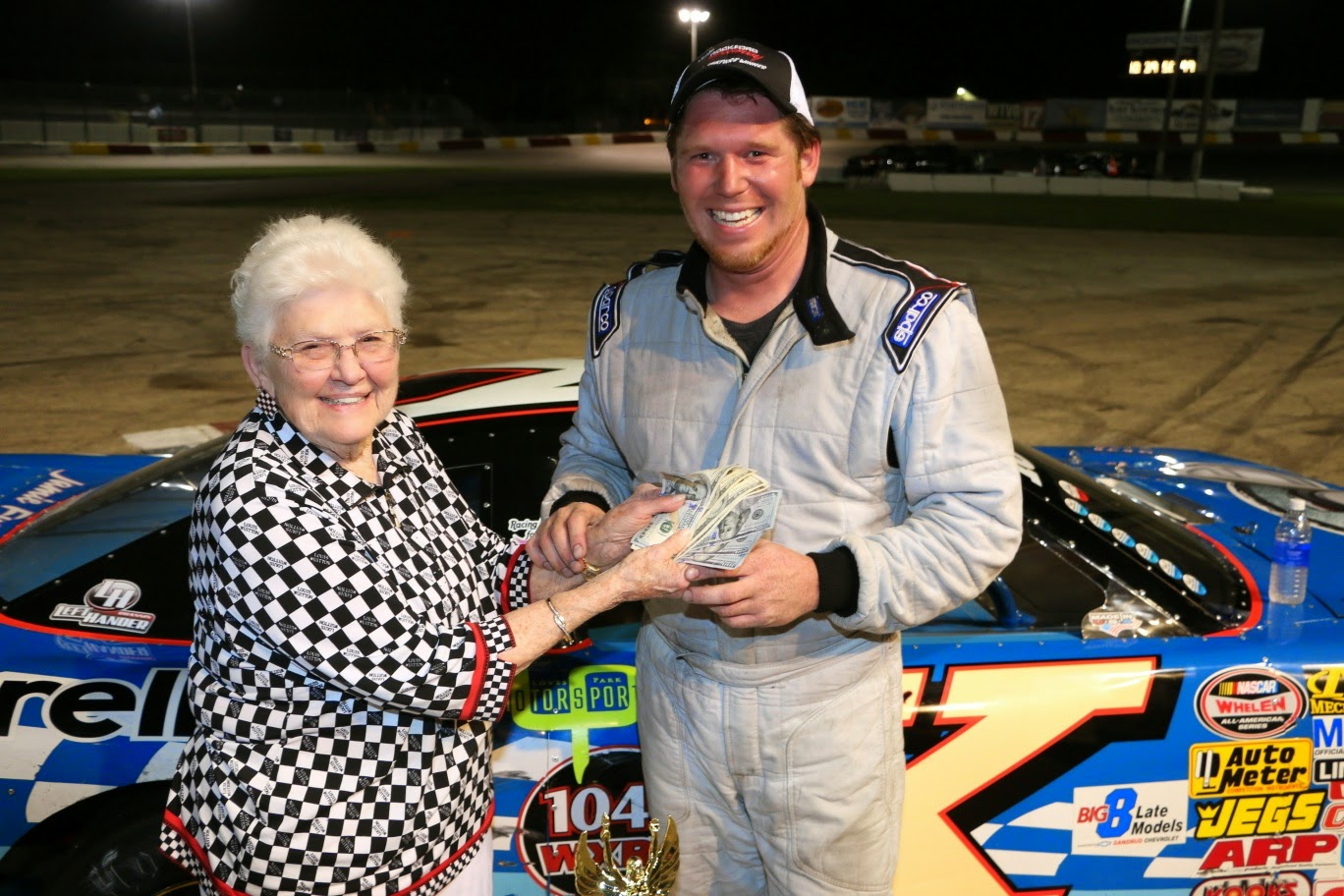 Jody Derry fans out $1,100 to Jon Reynolds for winning the Gerber Collision Challenge by coming from the last starting position in the 20-car field to win the race. 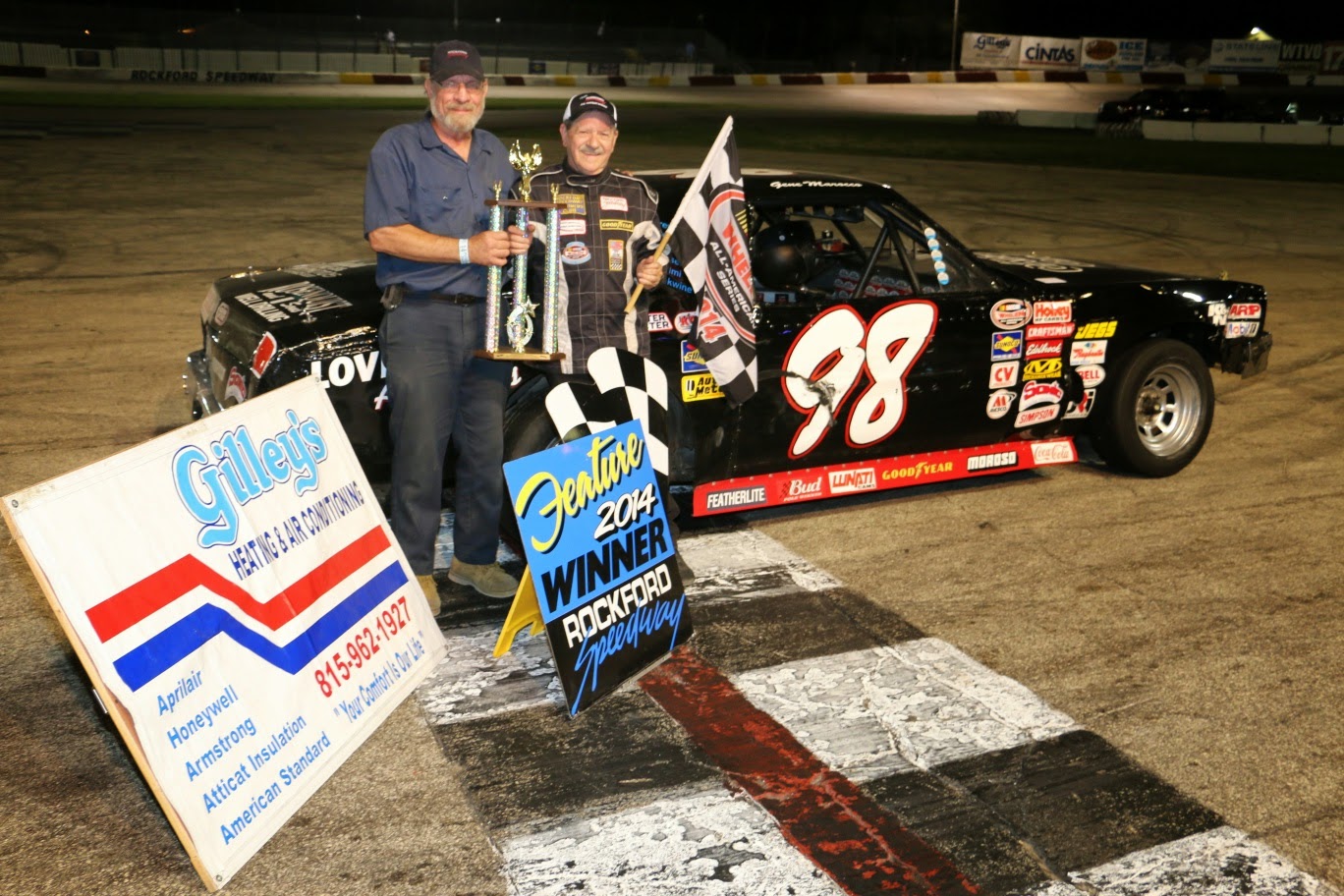 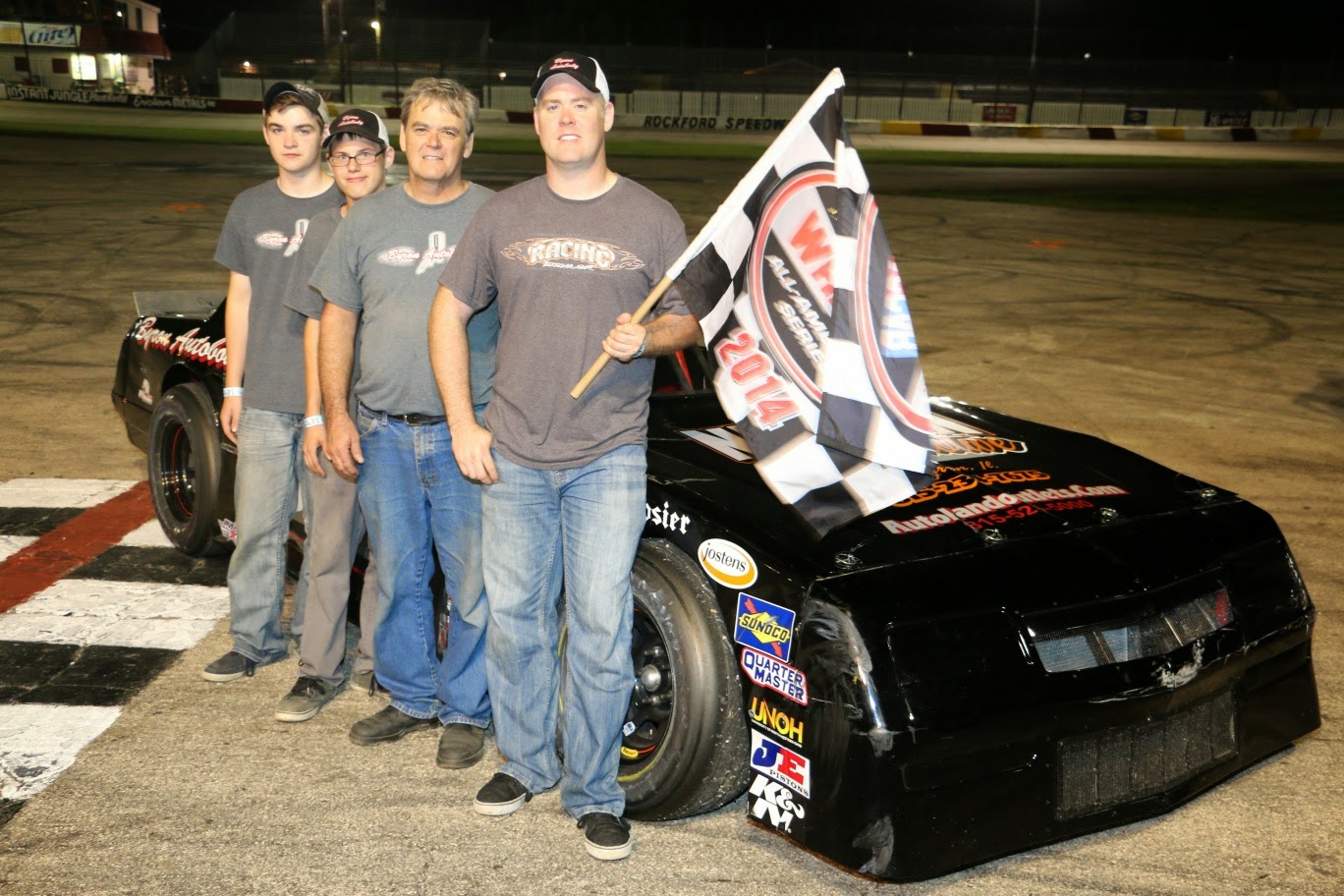 Being credited as Mid-Season Champion in the NASCAR Sportsman division is # 71 Pat Featherston, Byron, IL 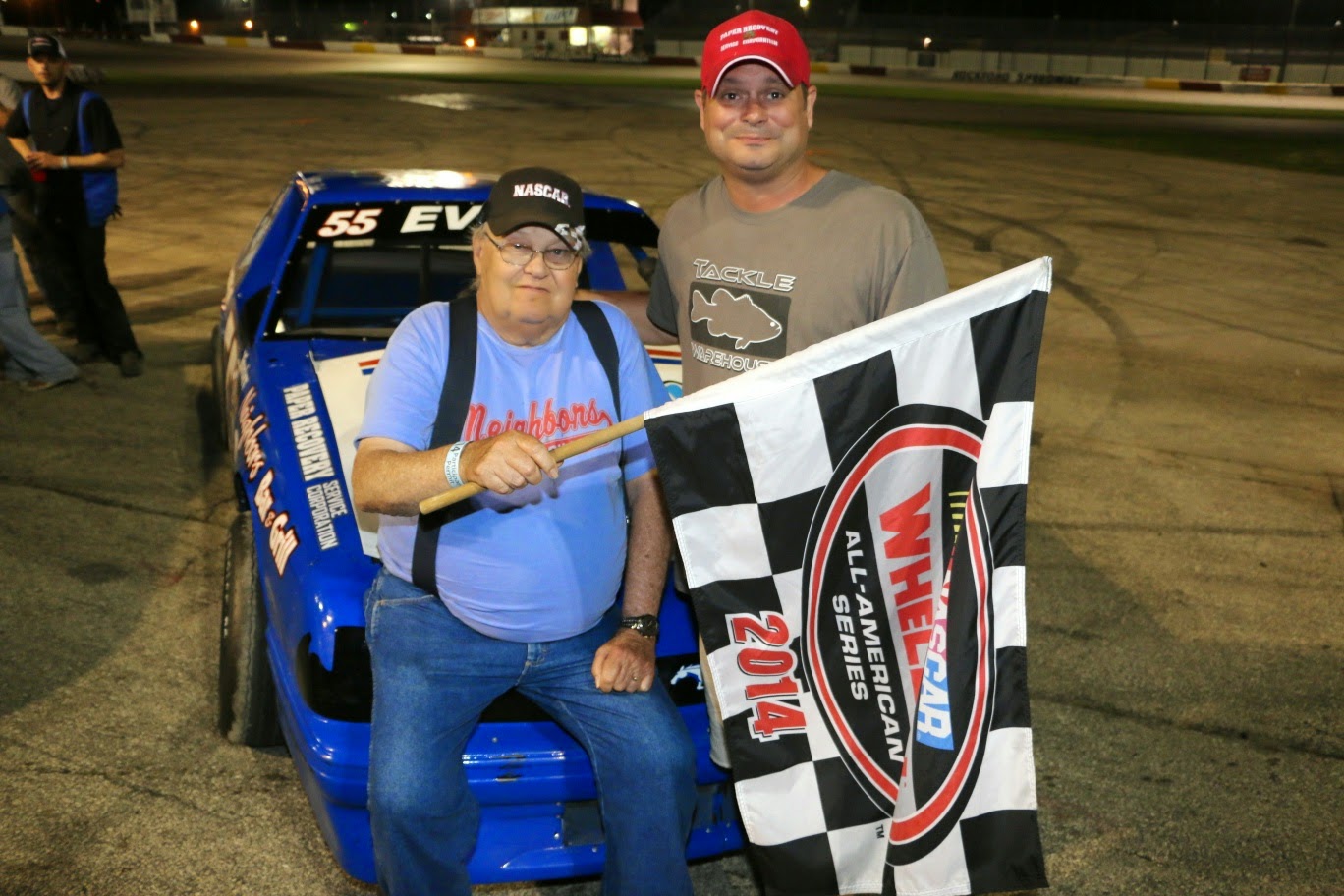 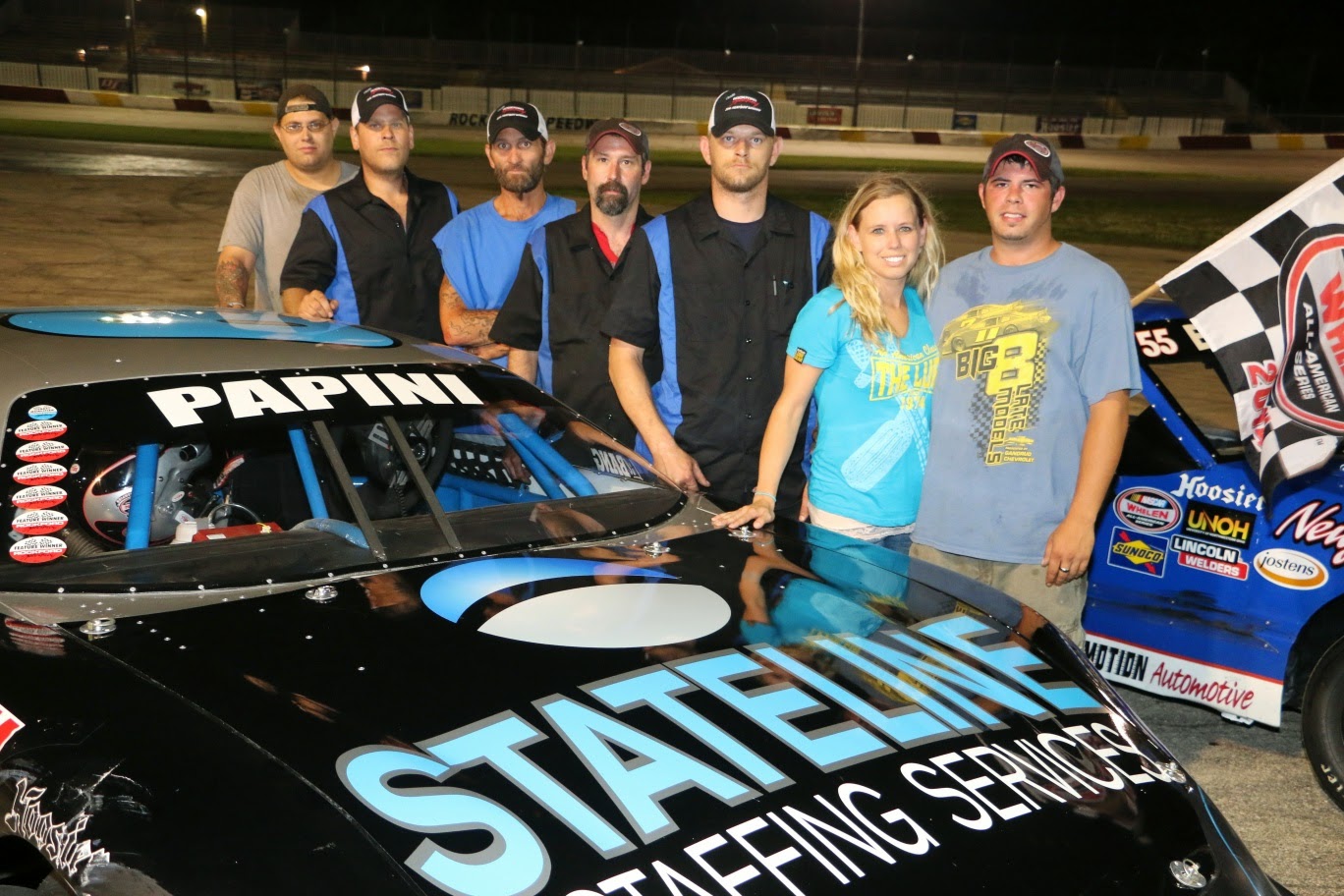 Alex Papini # 39 Machesney Park, IL poses with his crew as he makes his claim as Mid-Season NASCAR Late Model Champion. 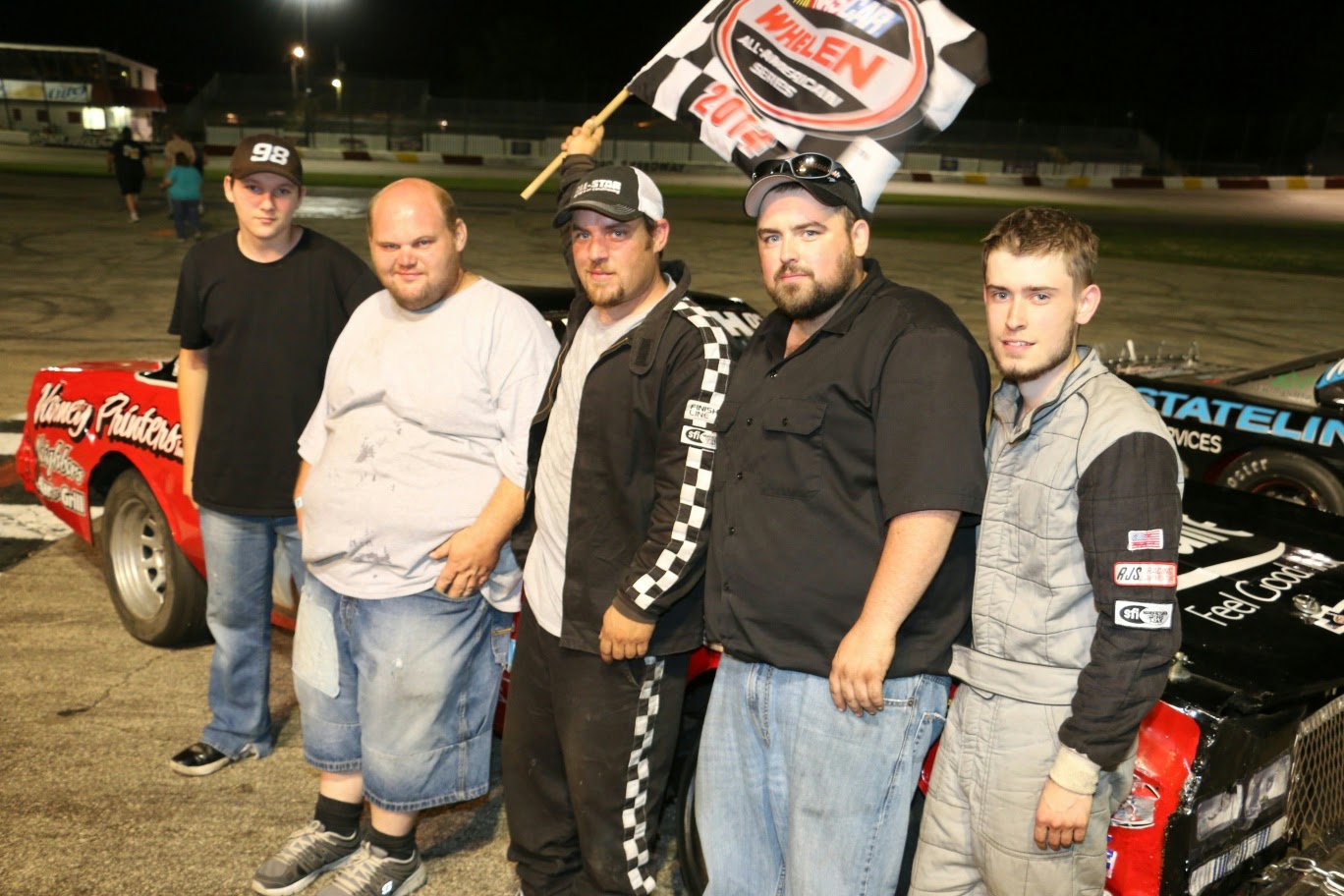