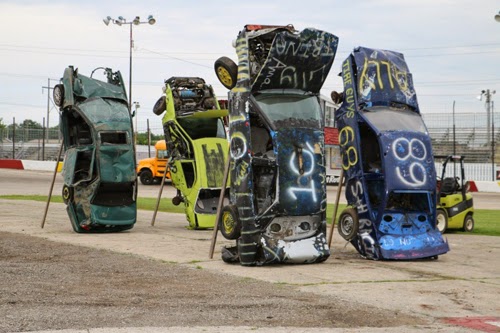 The Quad Steel Wall Crash standing tall awaits to be crashed into. 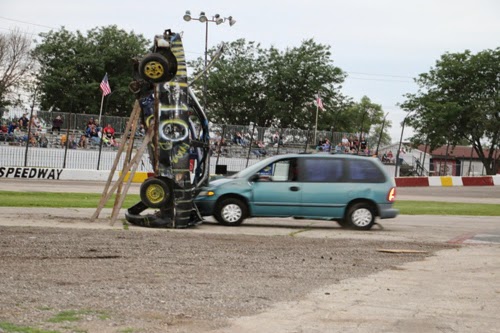 Impact about to take place as this van is about to bring down the Quad Steel Wall. 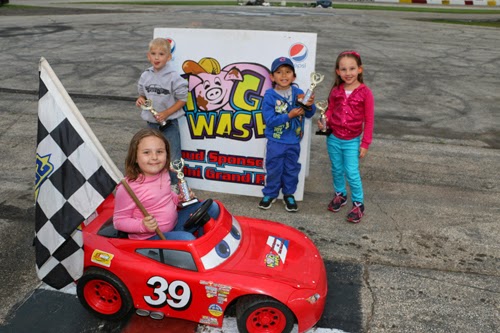 Kids who took part in the Hug Wash Mini Grand Prix sprint race to the finish line are all smiles in victory lane. 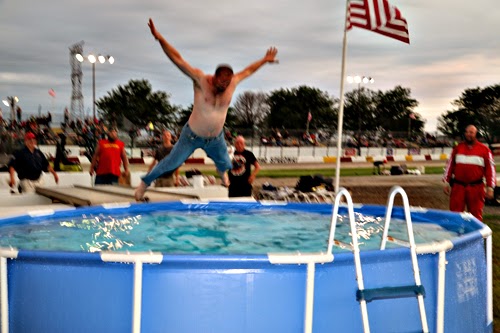 This contestant takes his turn in the Splashtastic Swimming Pool Jump and receives the crowds approval for his efforts. 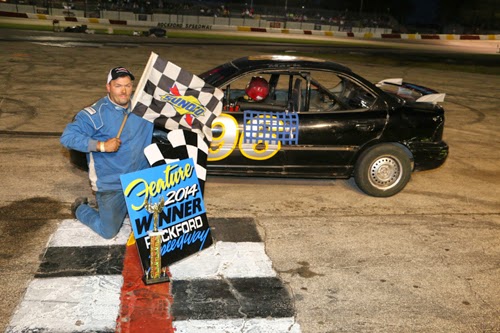 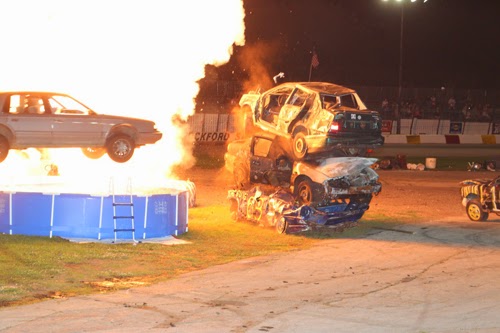 Swimming pool car jump explodes into a ball of flames as this driver attempts to clear the pool and crash into a triple stack of cars. 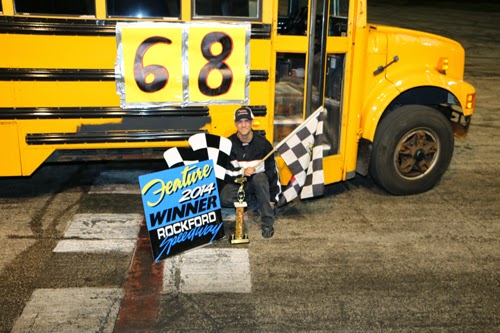 The Stop Sign Slammin School Bus Race was won by Rich Schindering Jr. as he brought the crowd to their feet with side by side racing with a fellow competitor. 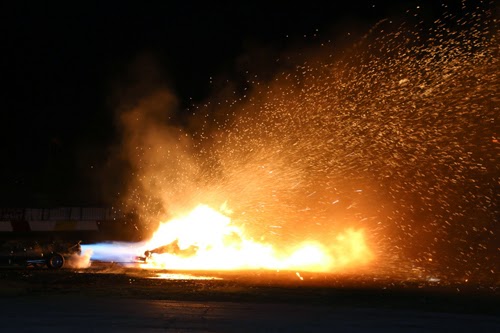 Doug Rose and the 'Green Mamba' at his best fills the night sky with a shower of sparks and flames.