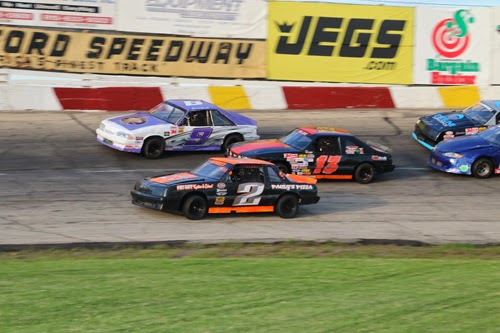 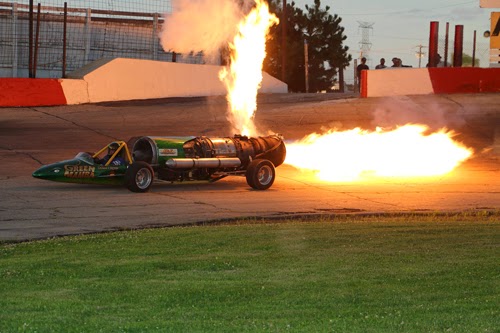 Doug Rose with 'the 'Green Mamba' once again impresses the crowd with his test burn fire show during the July 4th program. 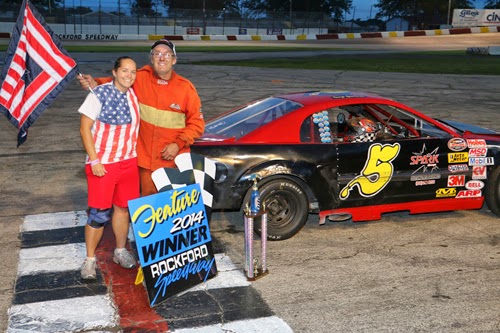 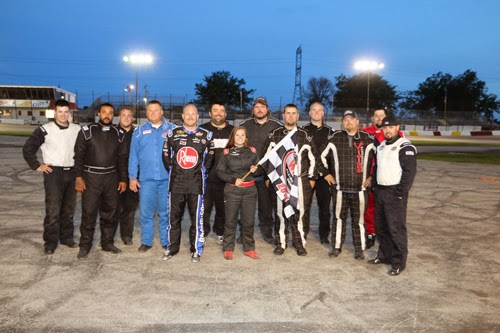 Prior to out of car introductions drivers from the NASCAR Sportsman pose for a starting field photo. 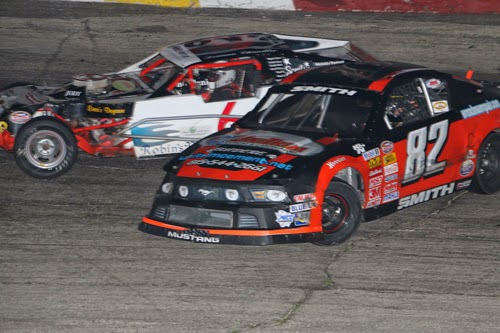 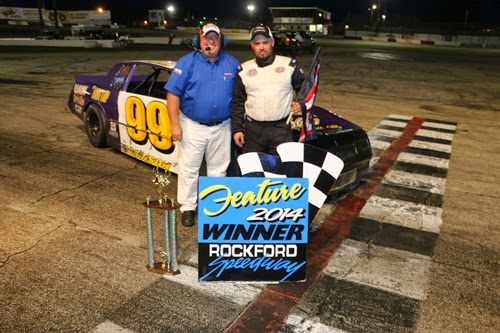 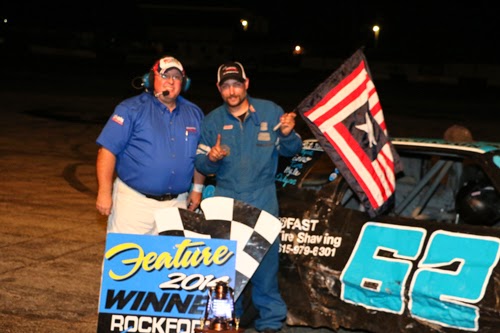 Dennis Smith # 62 continue his hot streak by winning another feature in the RoadRunner division.