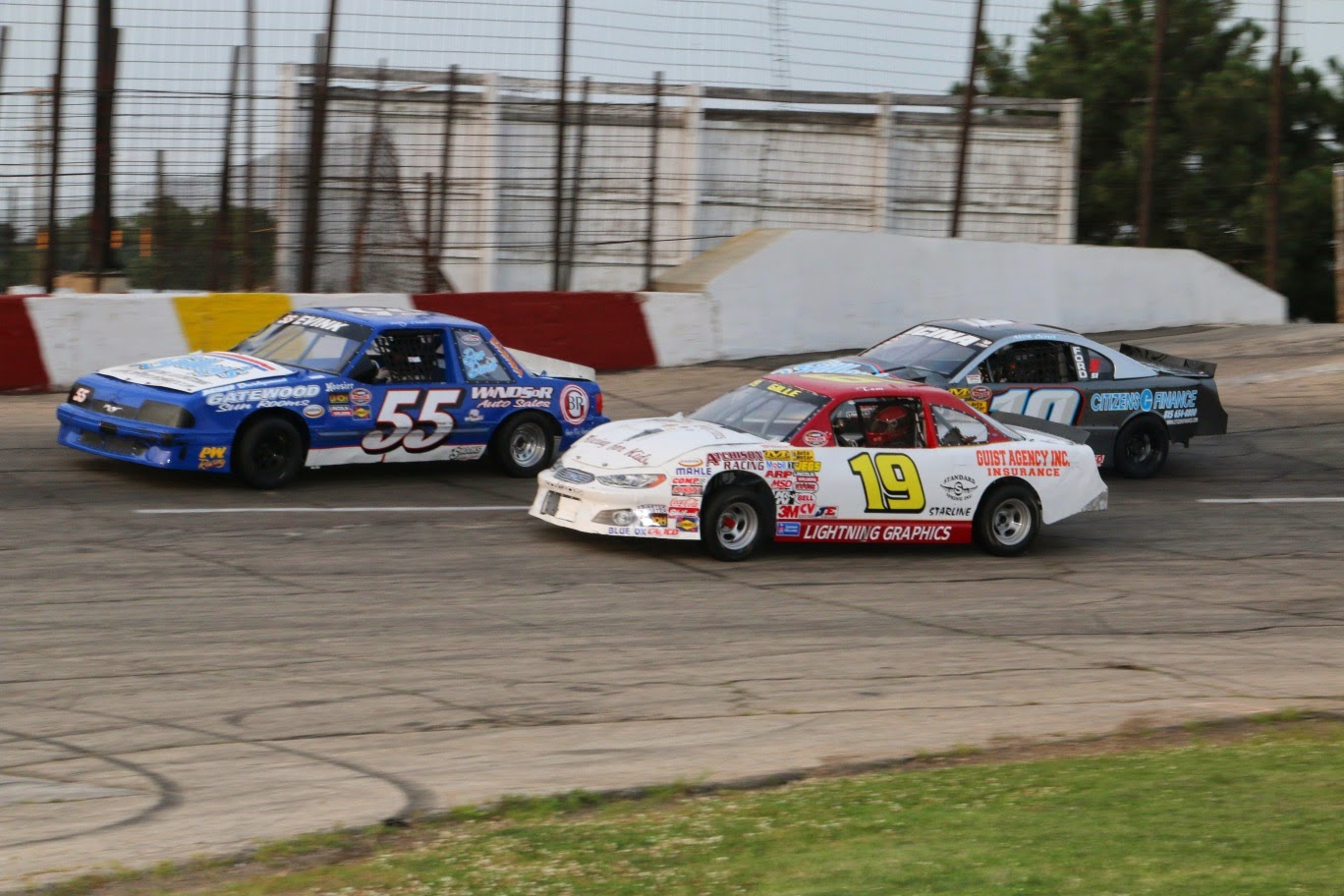 Racing action within the American Short Tracker division saw the #55 of  Kelly Evink, Machesney Park, IL passing on the high side of his fellow competitors. 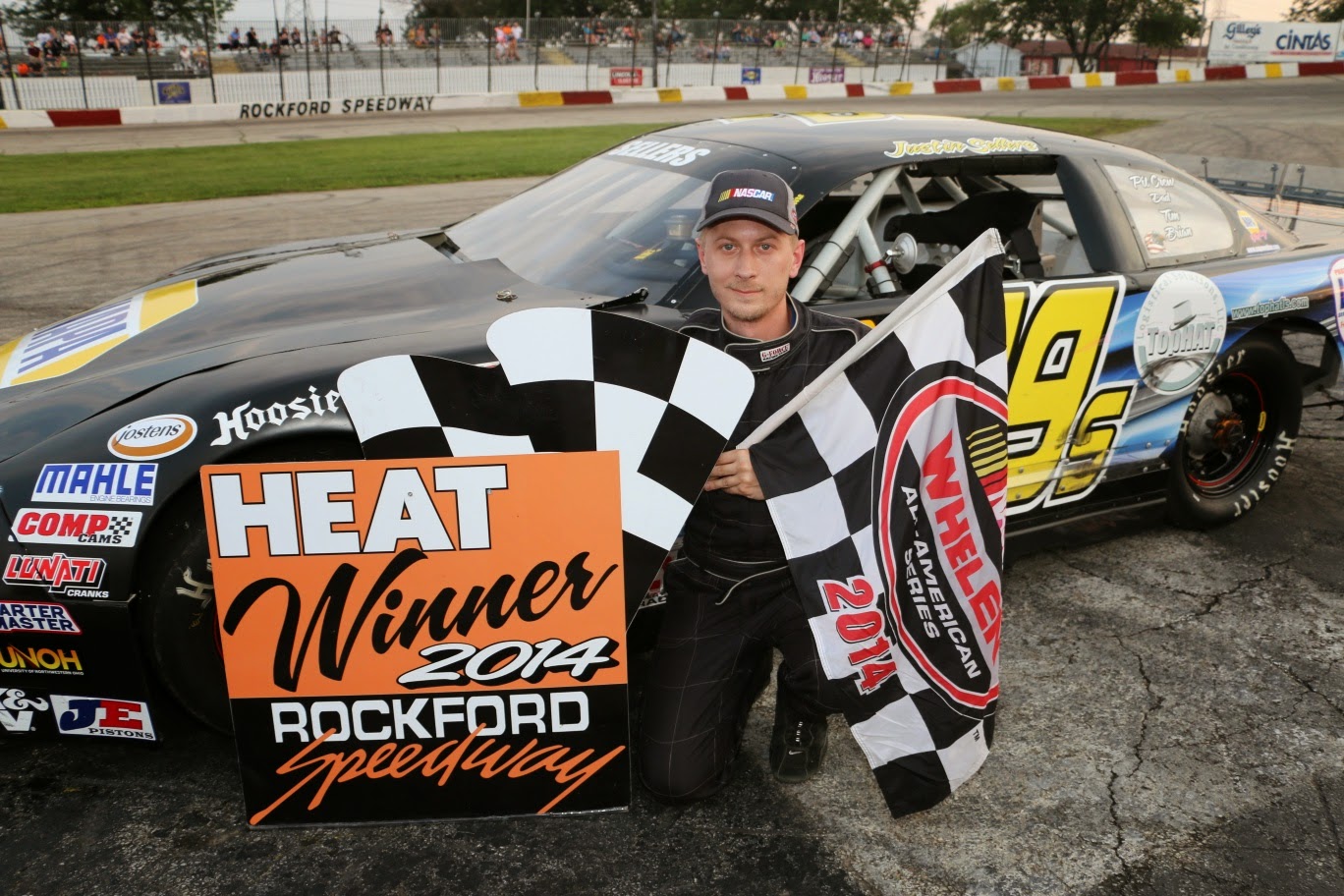 Picking up his first win in a NASCAR Late Model is Justin Sellers, Carol Stream, IL. 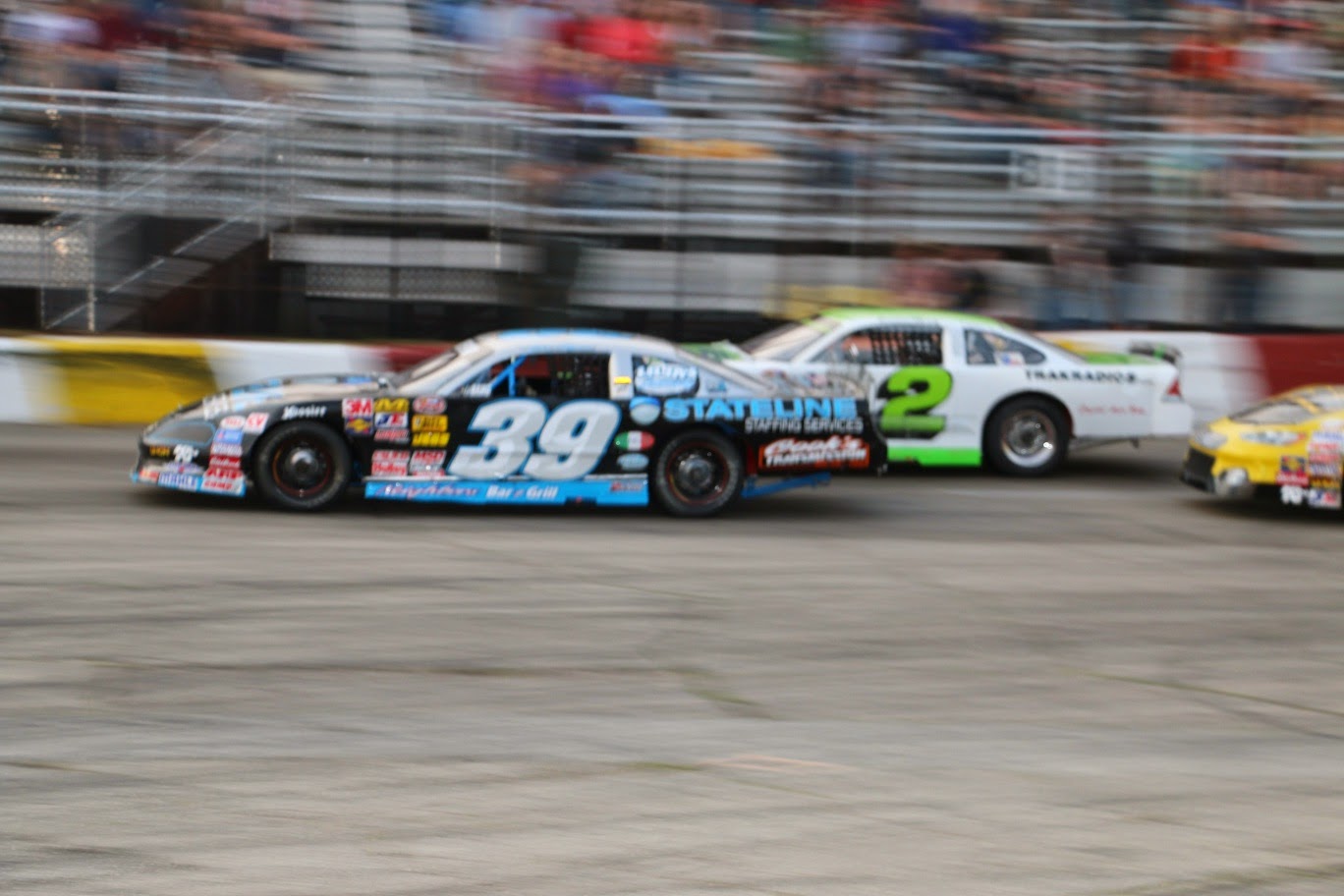 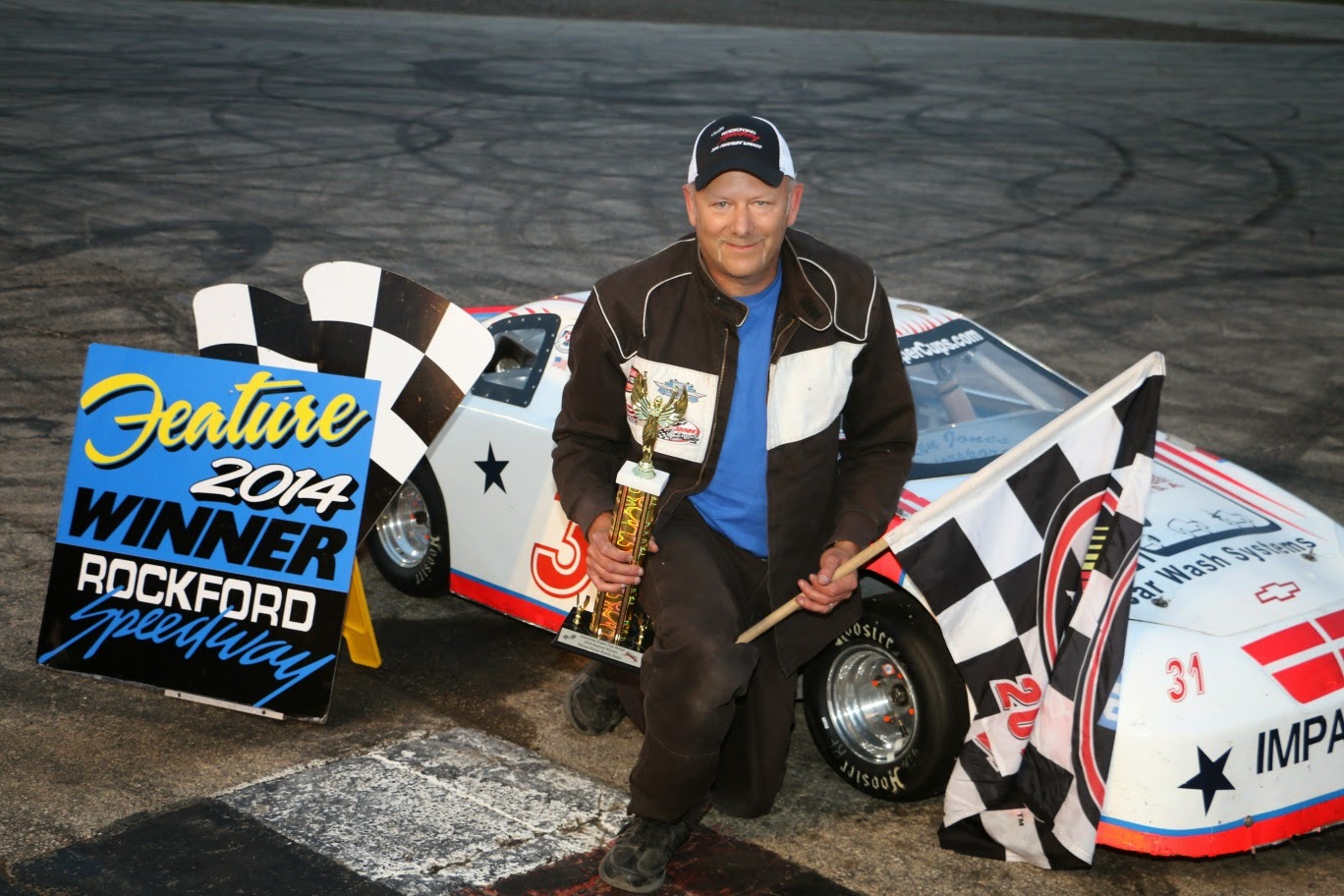 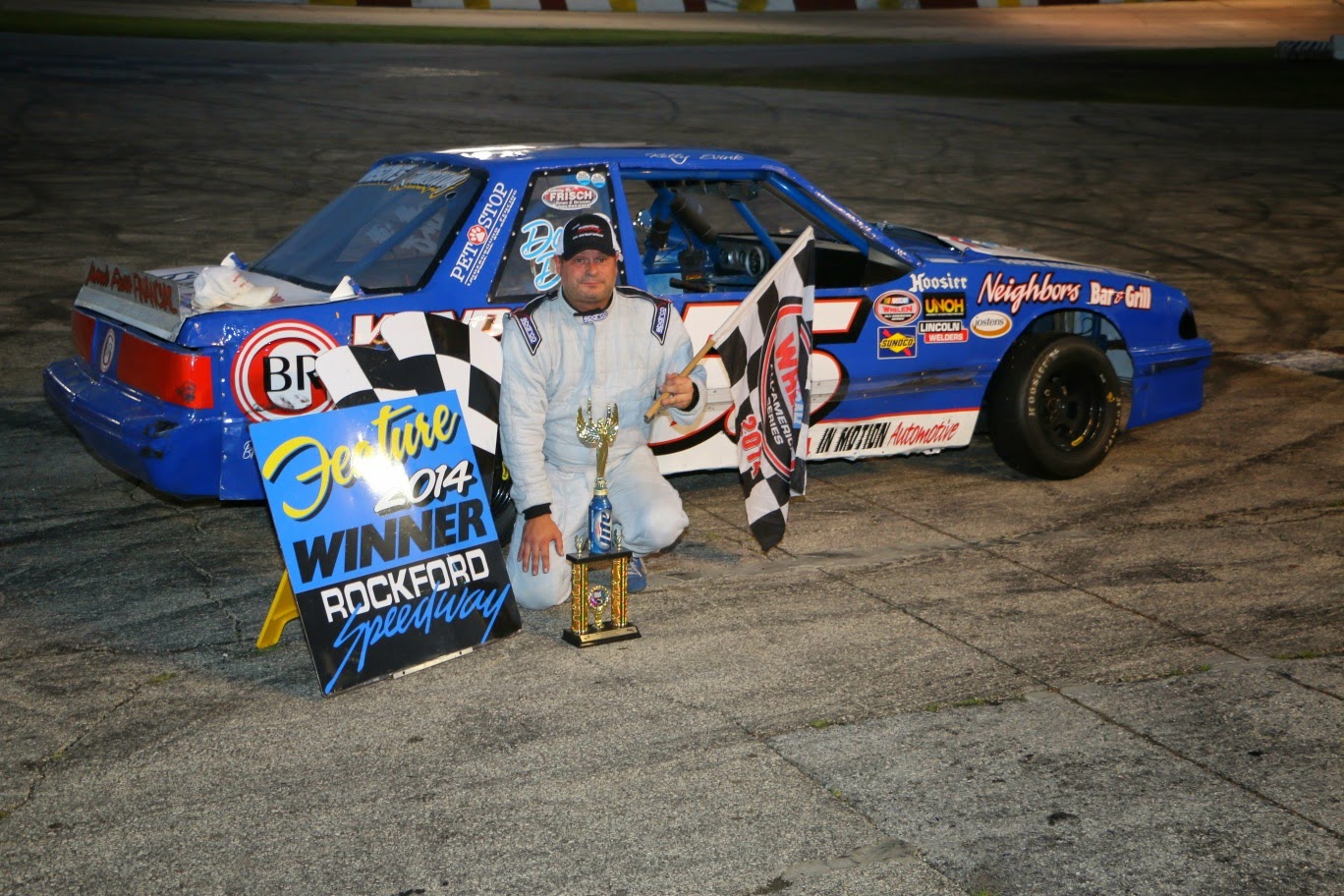 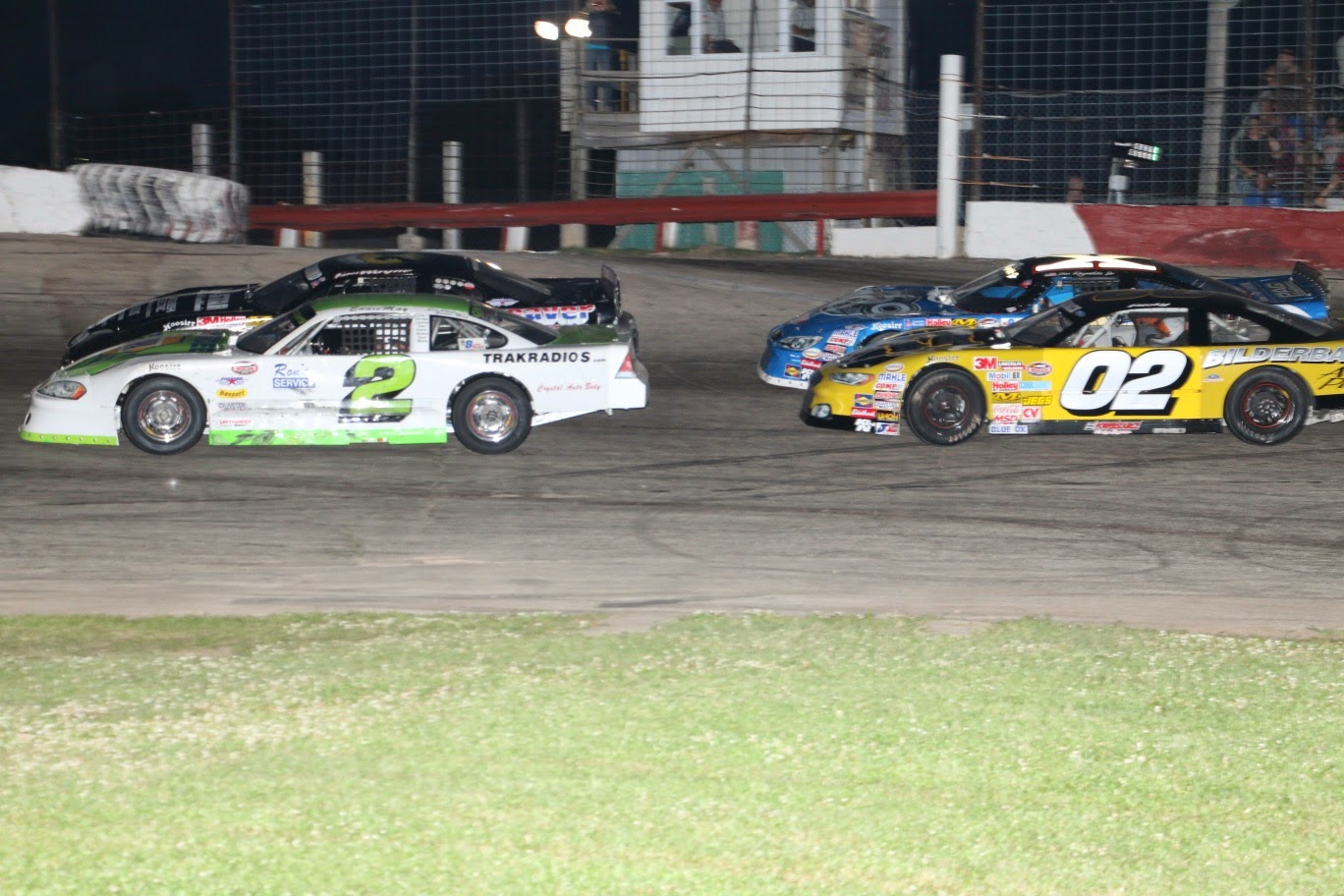 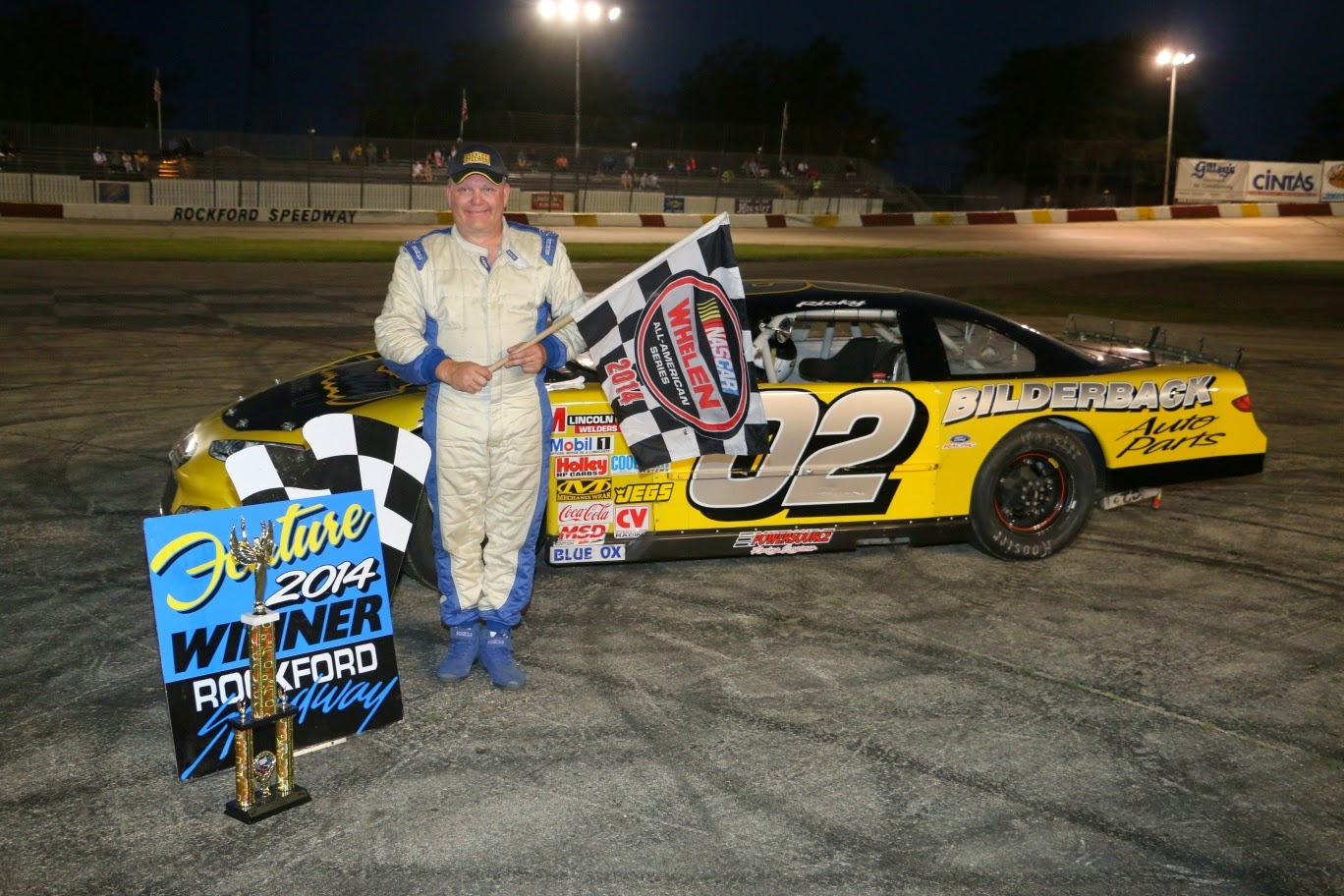 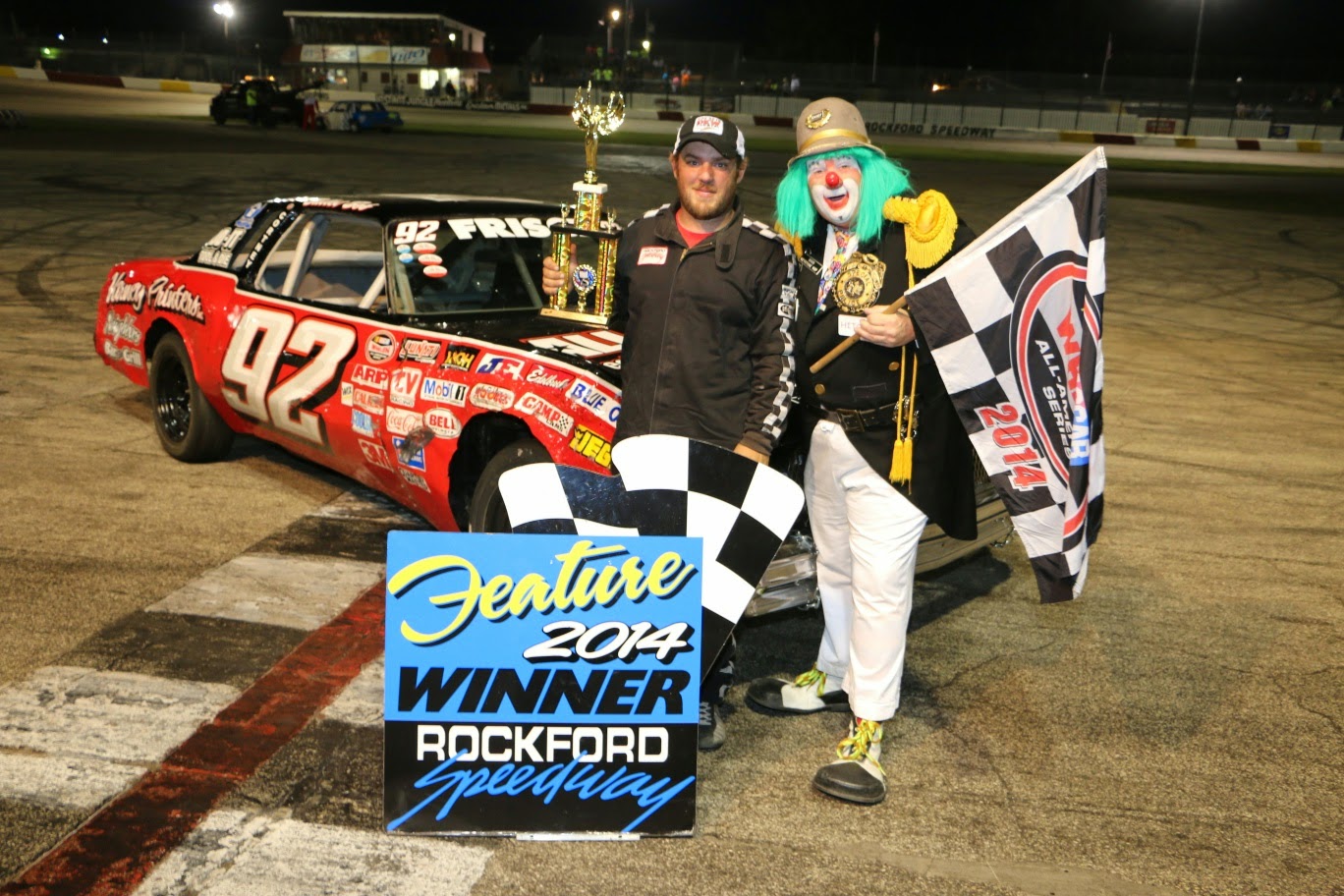 Winning the RoadRunner main event was Bobby Frisch, Beloit, Wis; #92 as he is all smiles and  to be back in victory lane.