Photos Courtesy of Jim Ambruoso
It was a rain shorten program for Rockford Speedway fans, but the racing action was fast and furious as always.... 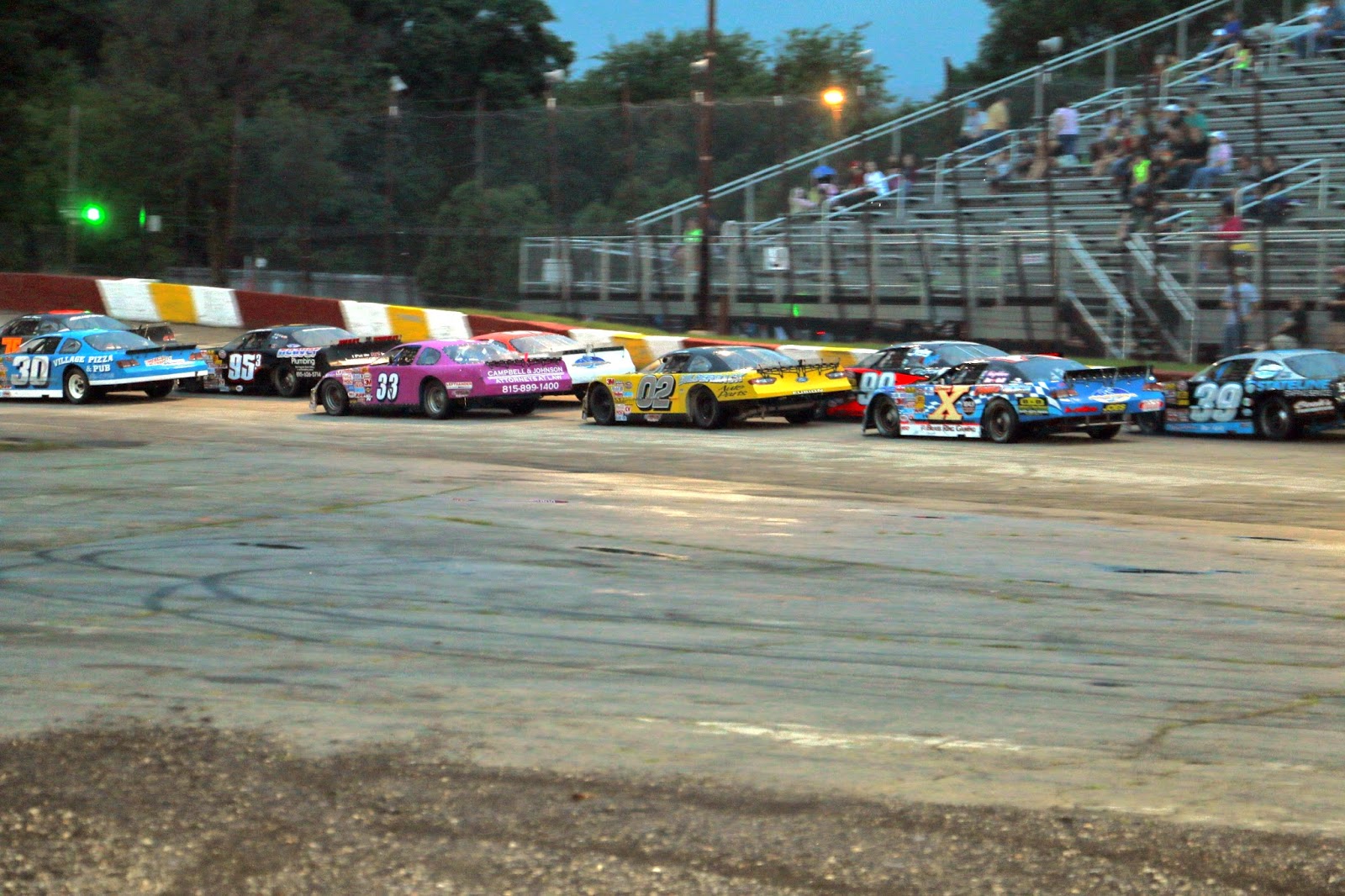 NASCAR Late Model field races off into turn one for their 30-lap feature.  The feature event was moved up in the program due to weather conditions in the area. 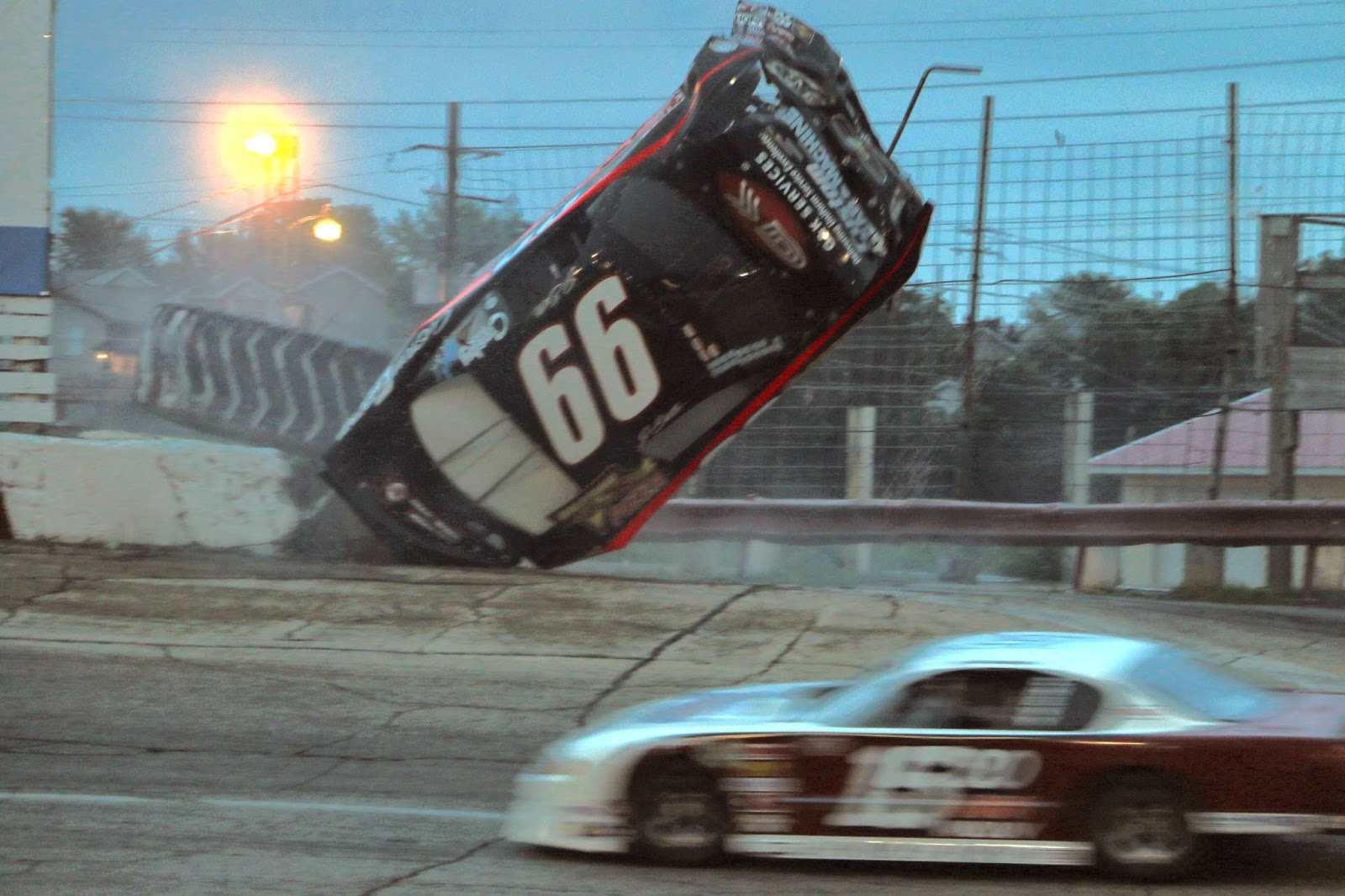 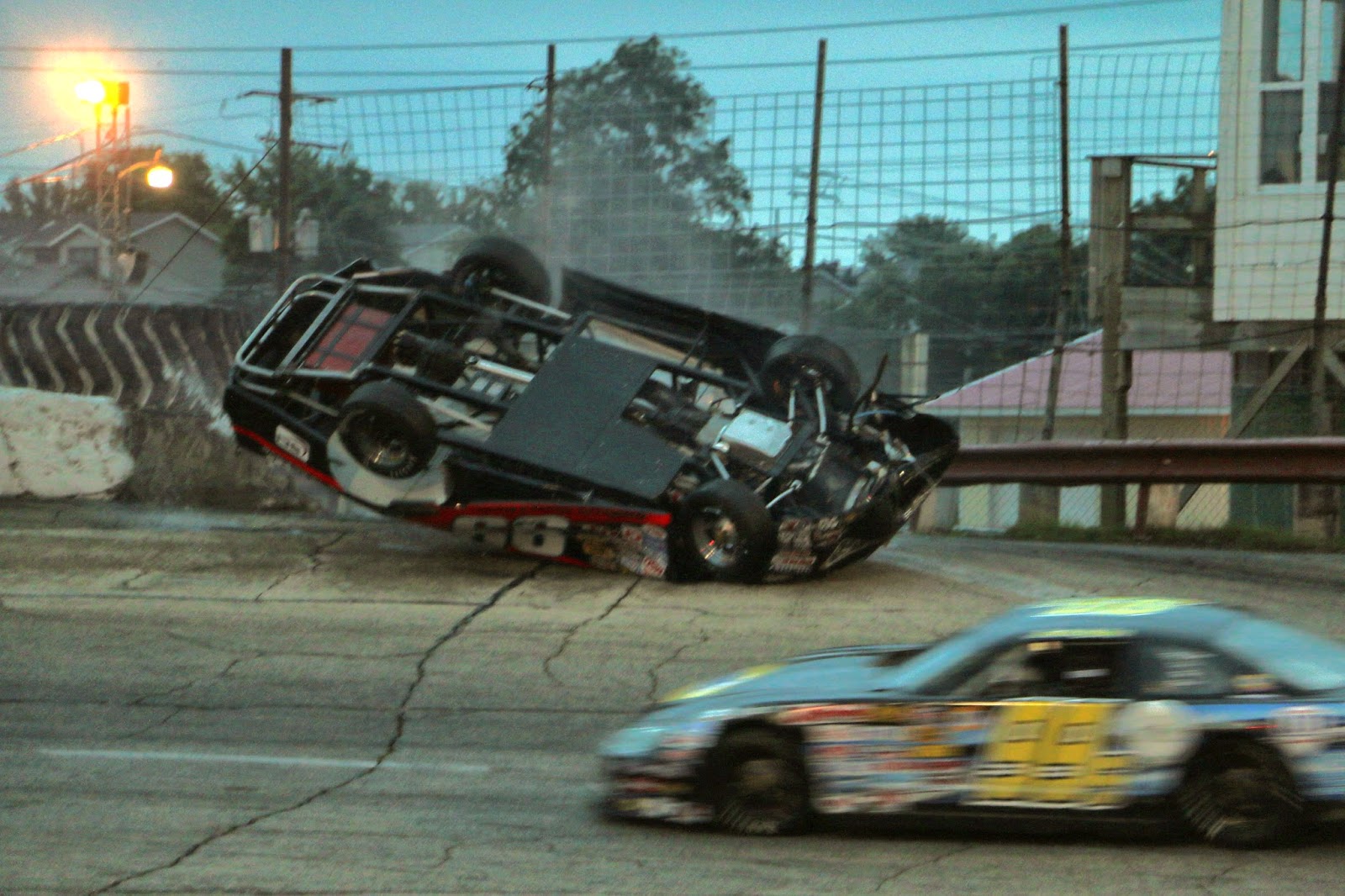 Jerry Gille, rolls back over onto his roof as fellow competitors race past on the inside. 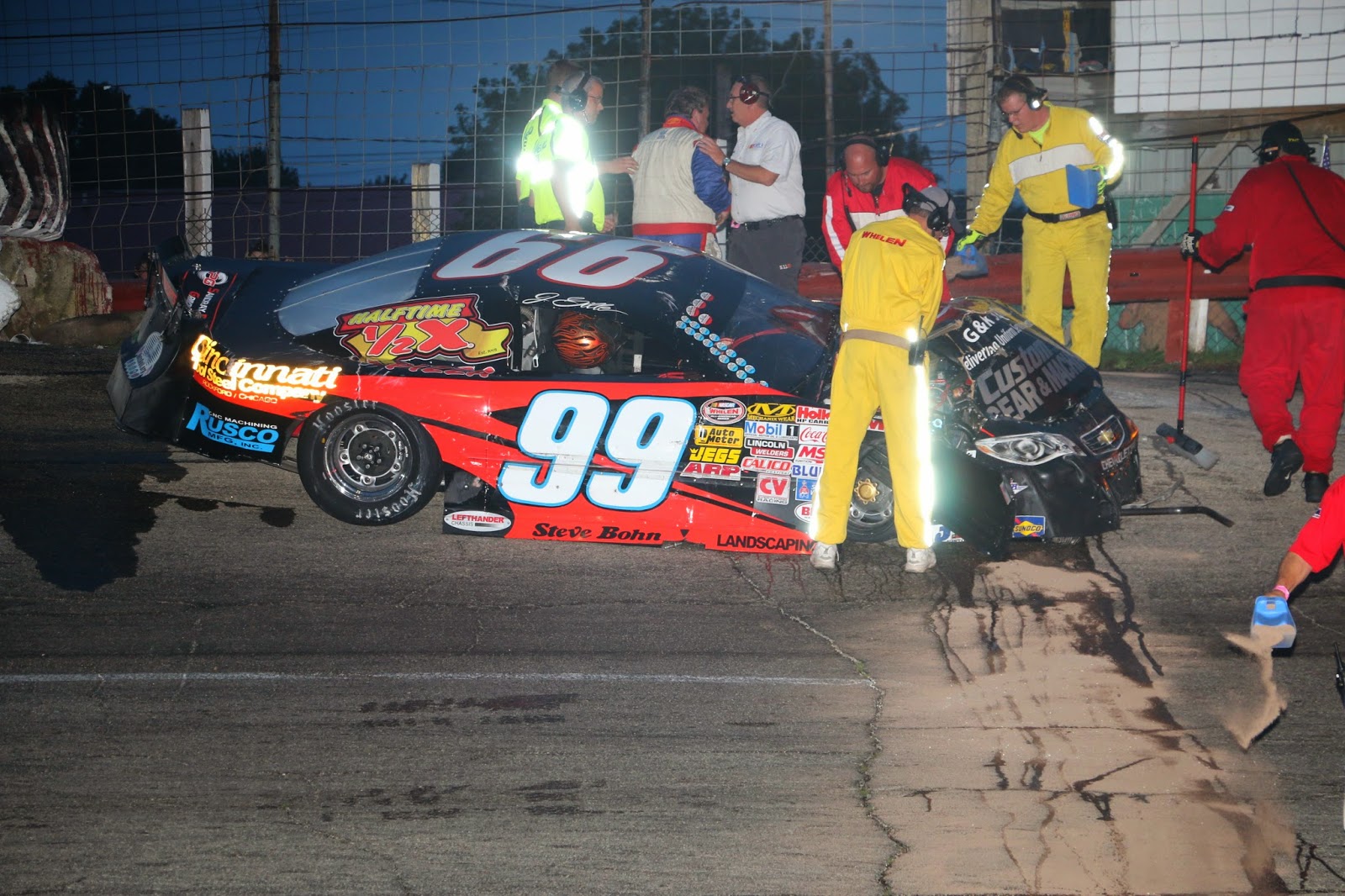 Gille (center) being helped from his race car by safety EMT members and speedway officials. 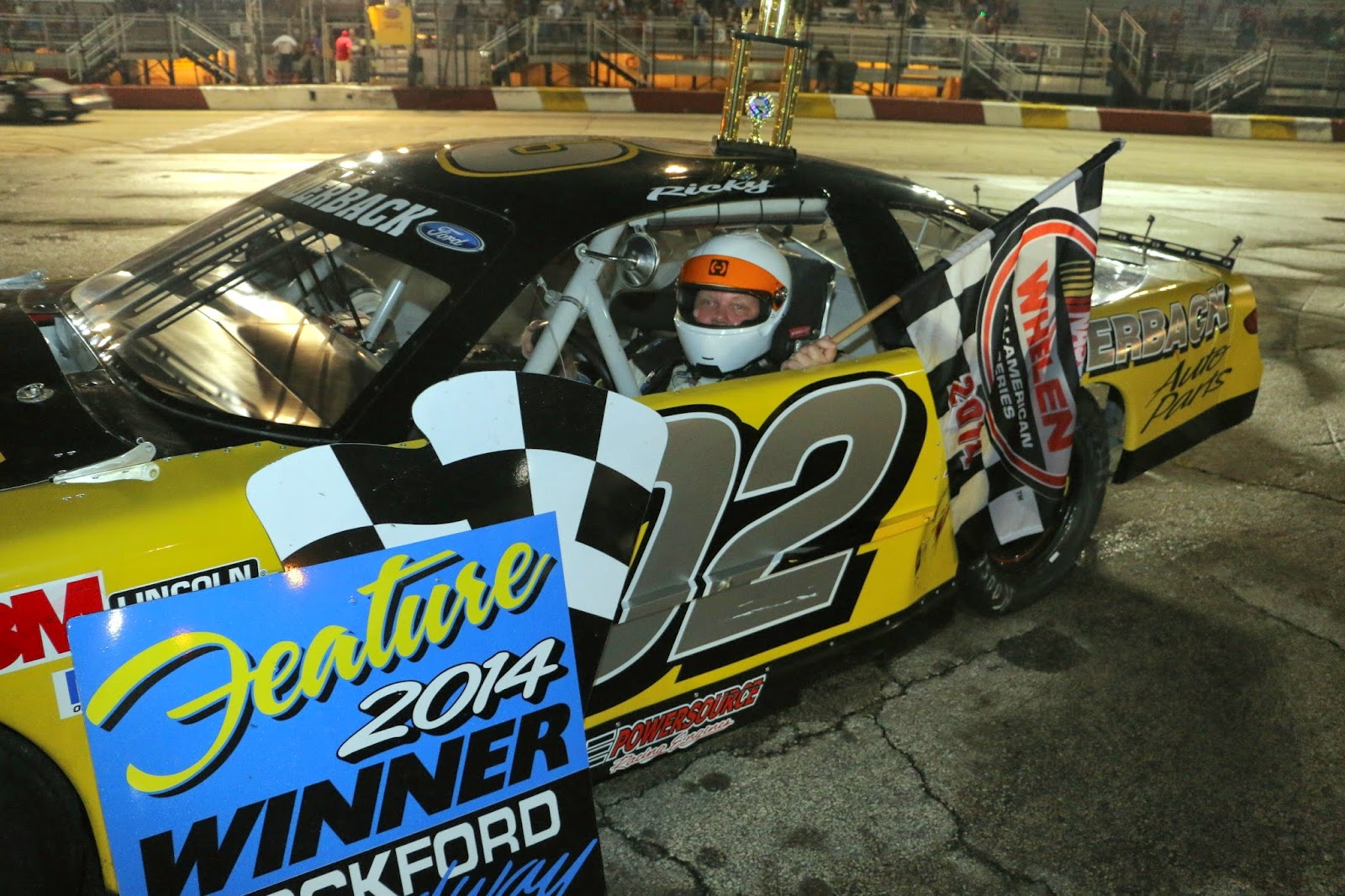 Ricky Bilderback #02 Rockton, IL claimed the feature win as he remains in car for his victory photo.
﻿