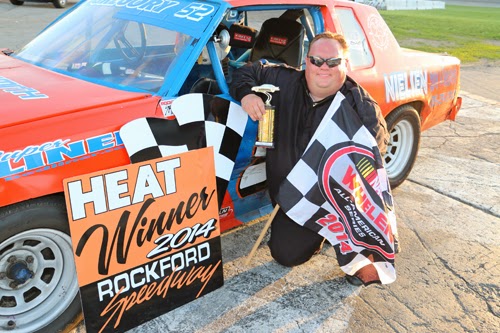 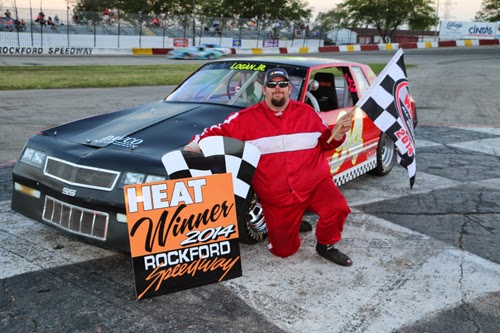 John Logan, Jr. # 94 racing in the NASCAR Sportsman division as a 'Rookie' raced into victory lane with a win to his credit. 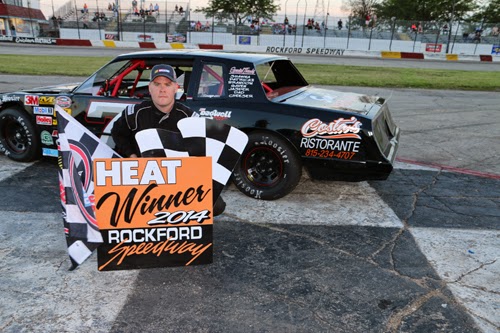 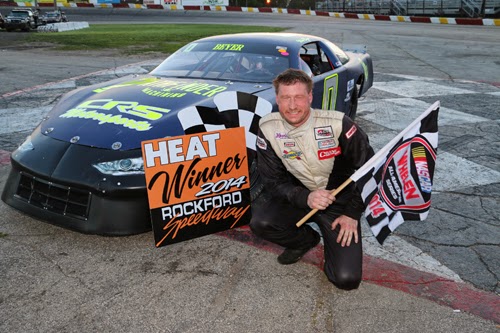 Mike Beyer, # 0 Machesney Park, IL returned to Rockford Speedway to compete in Round 1 of the Gilleys Cool 5 Series and comes up with the winning combination for his heat race. 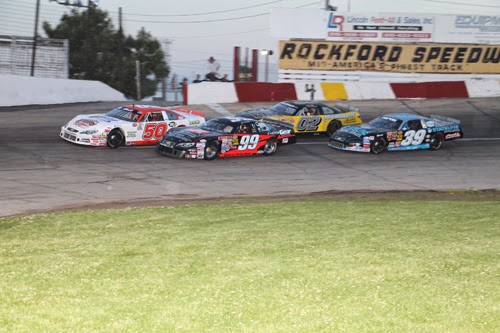 Race fans of all ages were treated to some intense racing action all night long in the NASCAR Late Model division. Pictured are the # 50 of Jake Gille, # 99 Jerry Gille, # 02 Ricky Bilderback and # 39 Alex Papini. 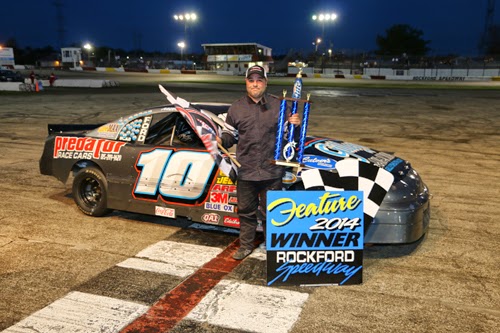 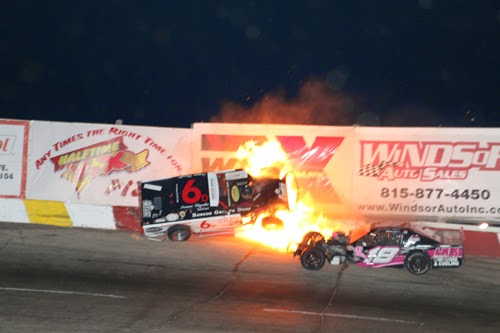 Race fans came to their feet as young 15-year-old NASCAR Sportsman driver Deanna Chandler, # 6  Machesney Park; IL blows an engine and goes up in a ball of flames during her 25 lap main event.  Deanna walked away unhurt only to say 'what a ride'. 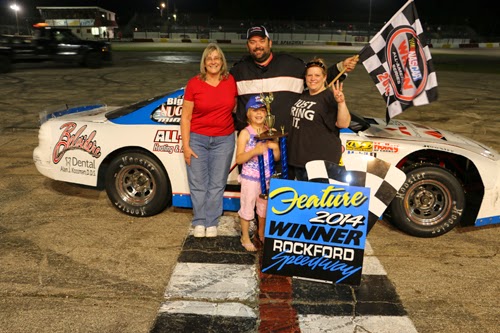 Brett McCoy, # 1 Belvidere, IL claimed the #1 spot in winning his second feature of the year for the NASCAR Sportsman Class.  Pictured with Brett is his family. 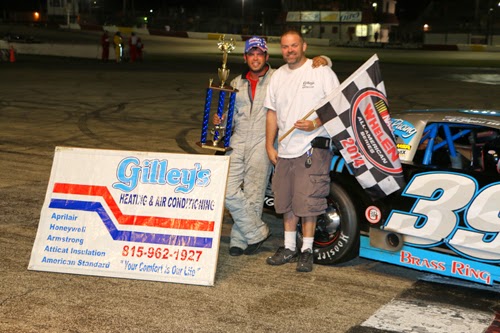 Alex Papini, # 39 Machesney Park, IL makes it five feature wins in a row to claim victory for Round 1 of the Gilleys Cool 5 Series.  Pictured with Alex is Ron Gilley. 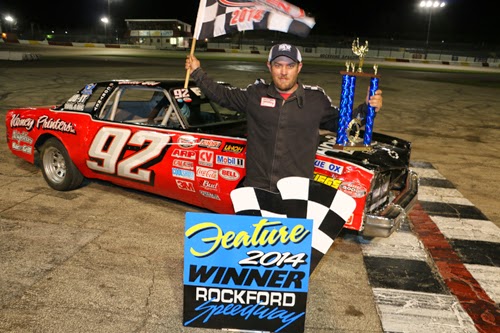