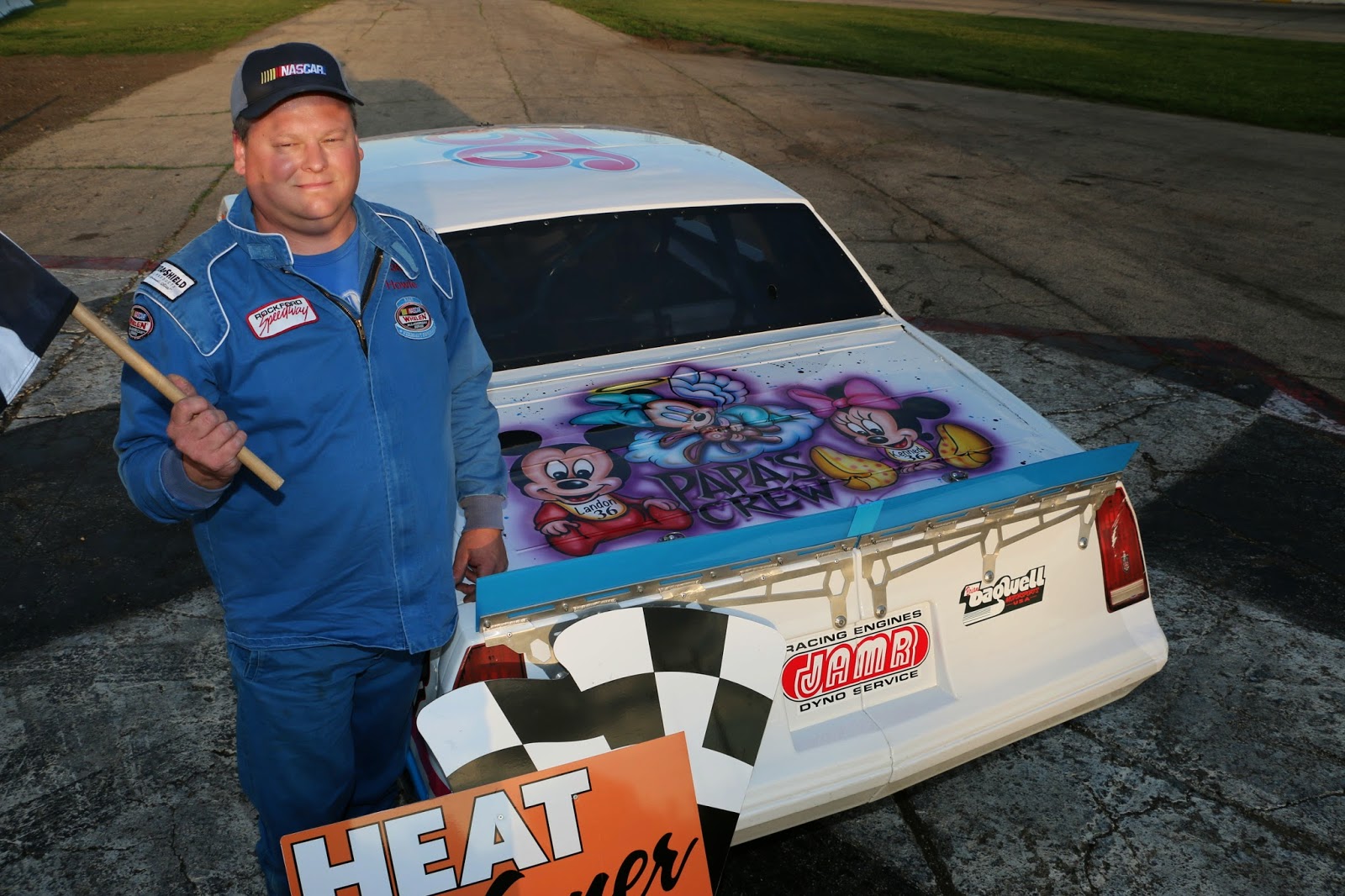 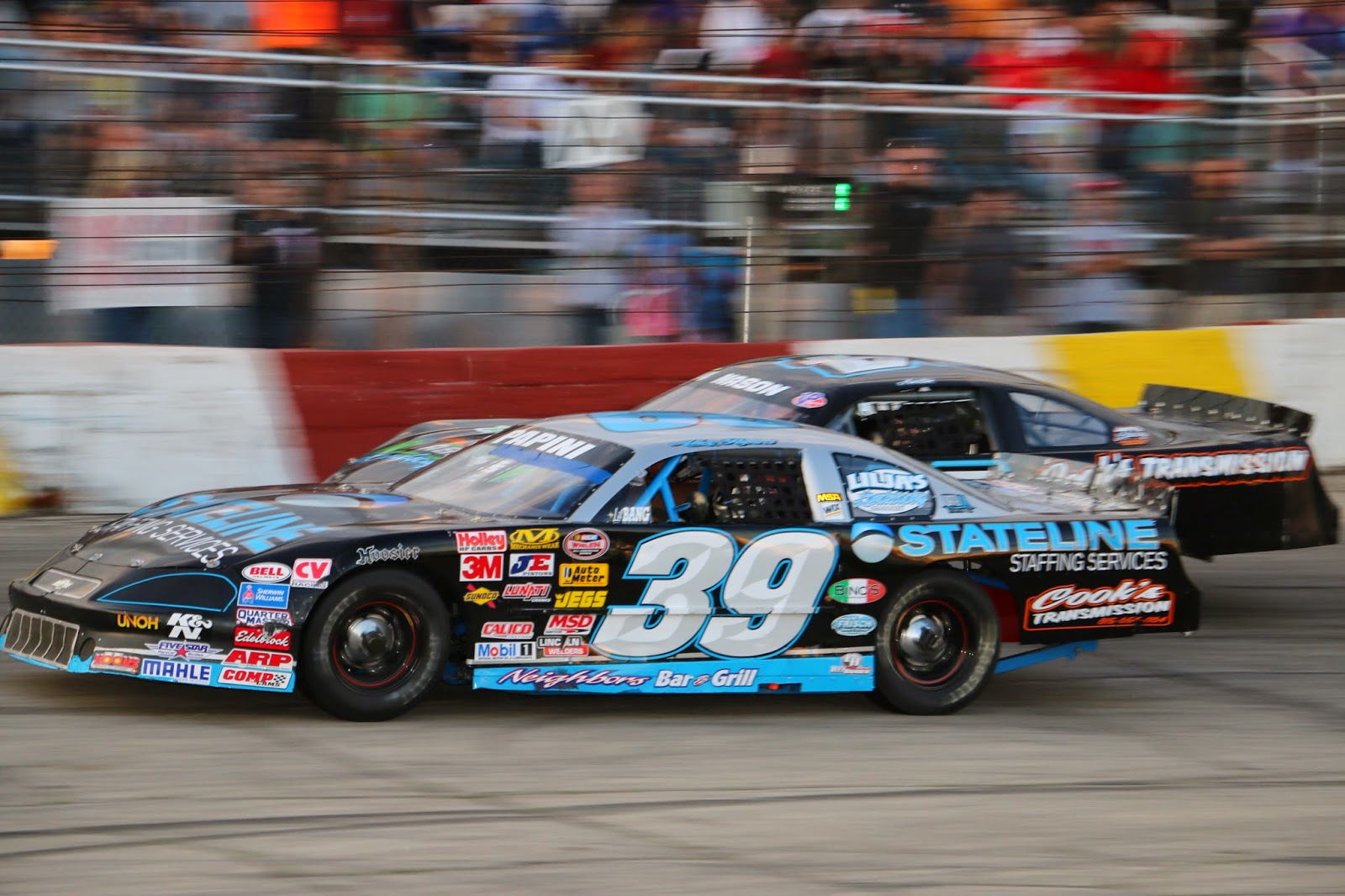 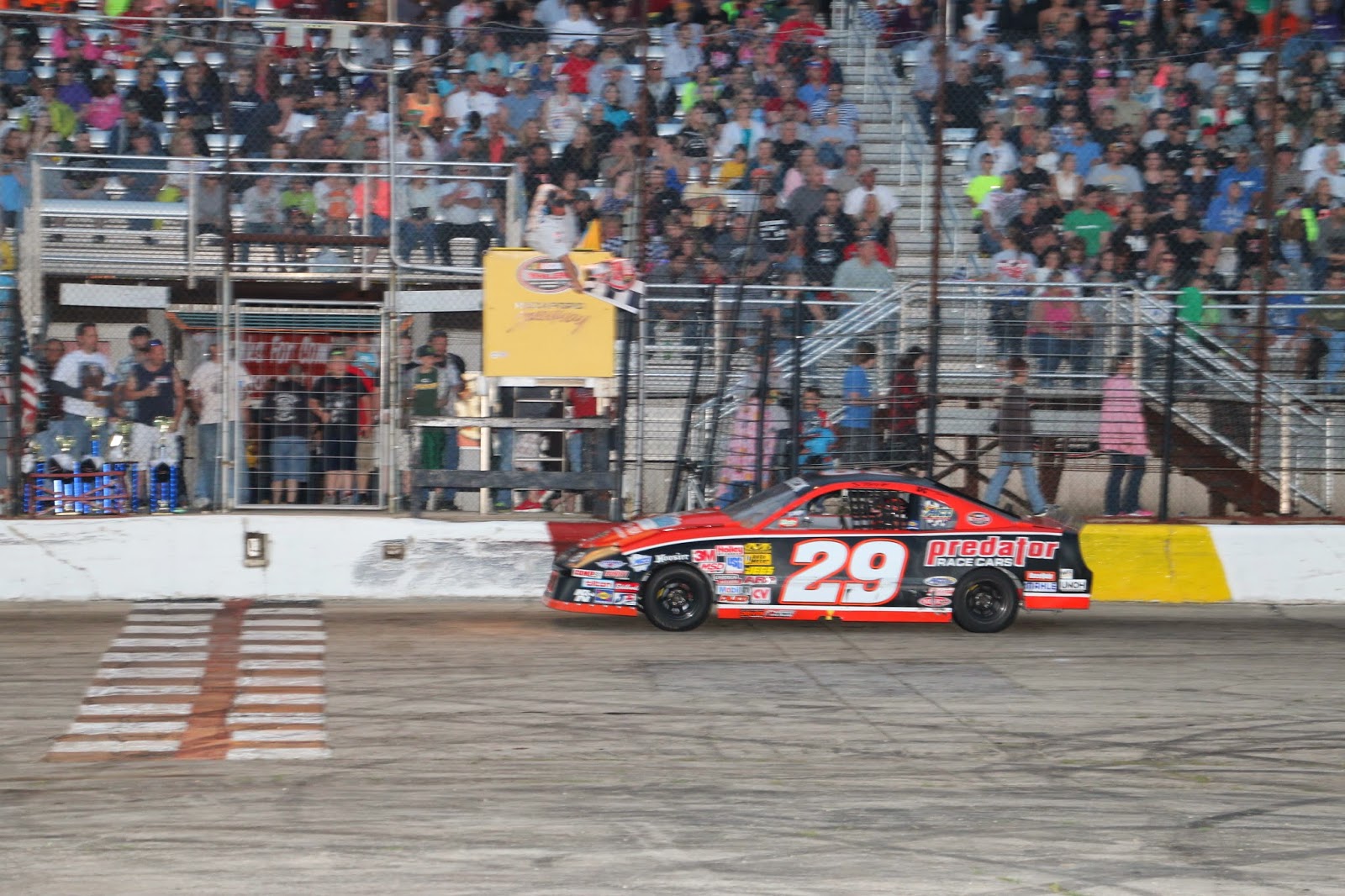 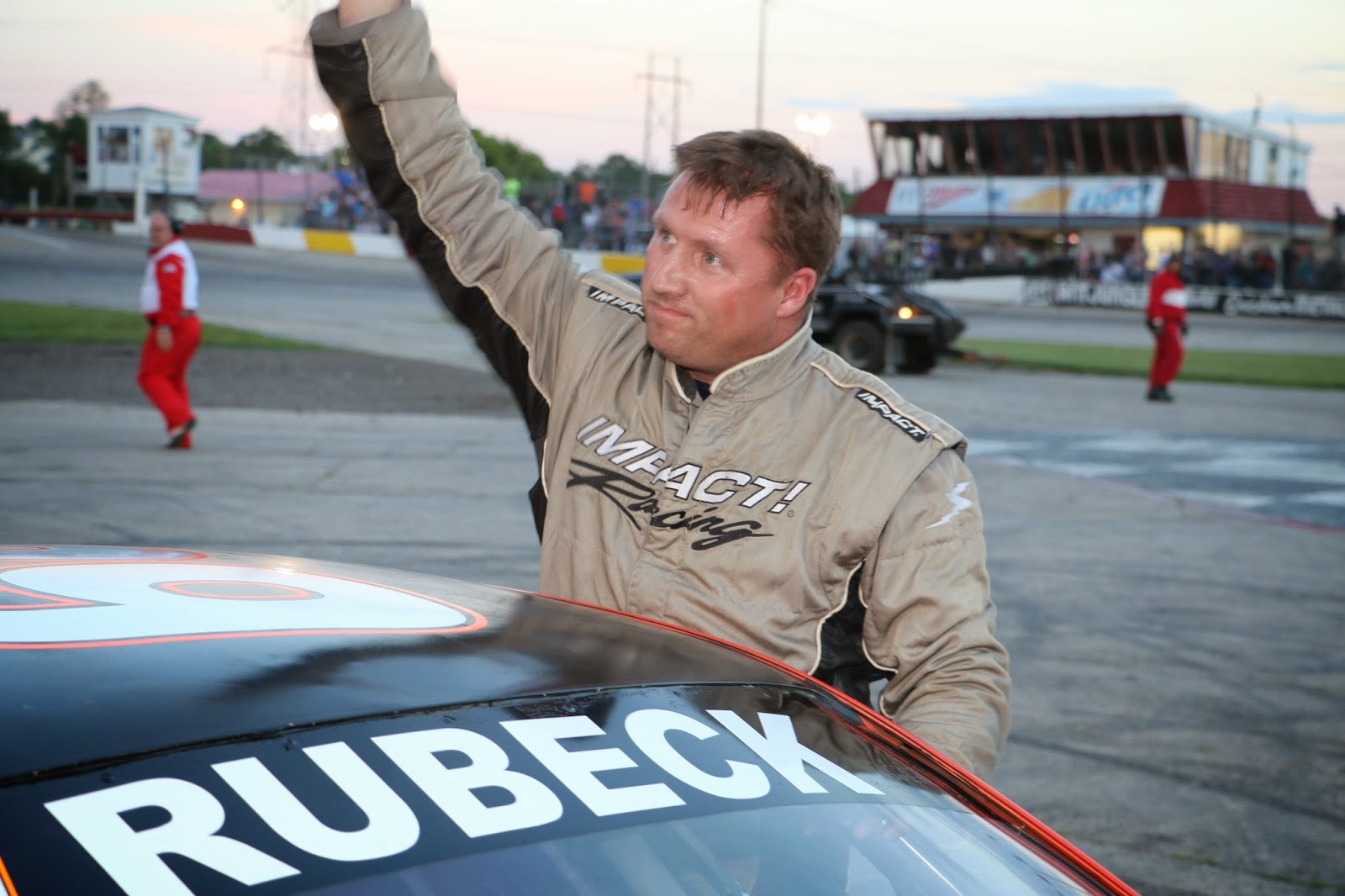 Steve Rubeck salutes the crowd in victory lane after winning his feature event. 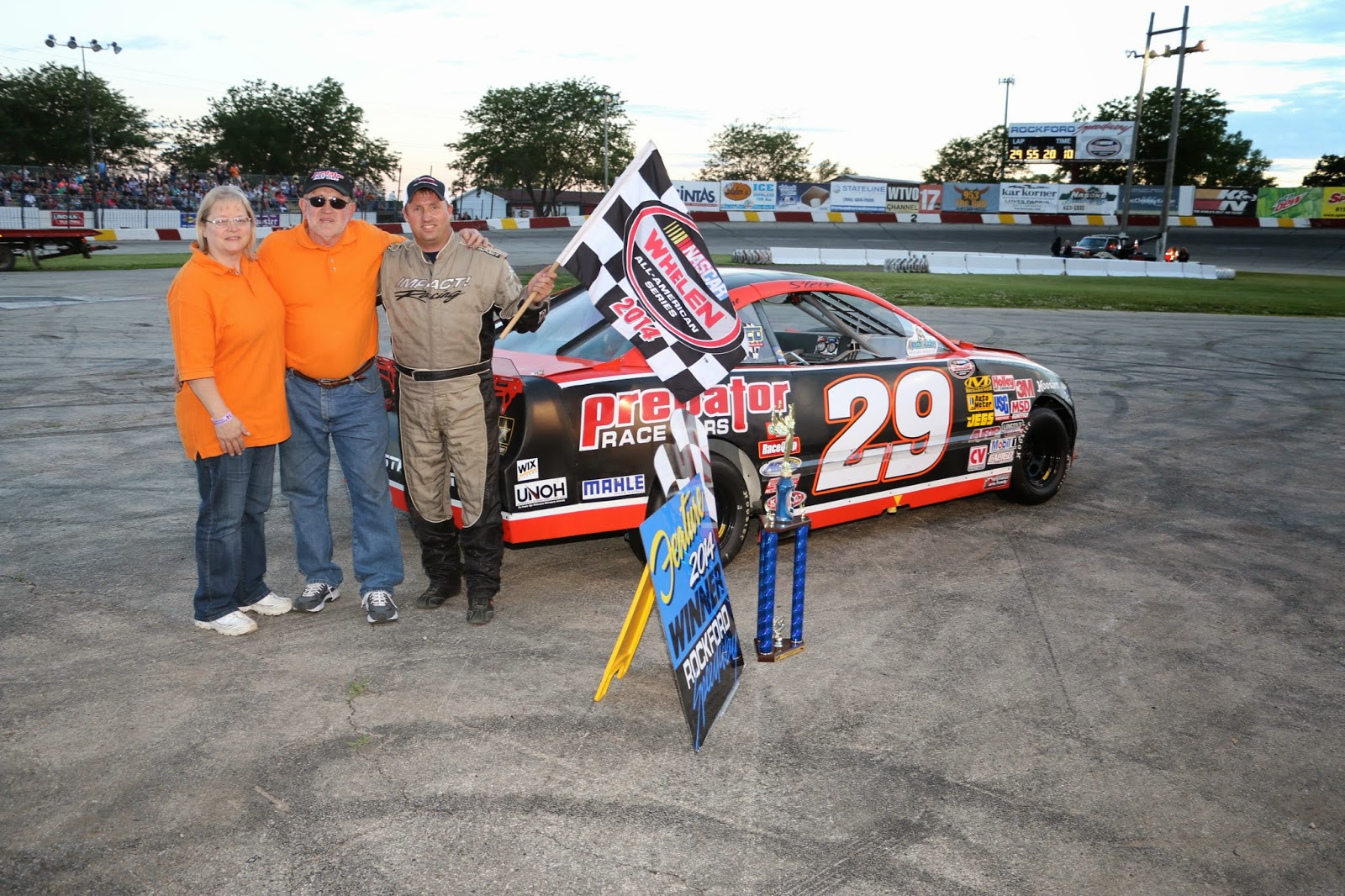 Steve Rubeck with his car owner Ron Bridges and his wife poses for a victory lane photo. 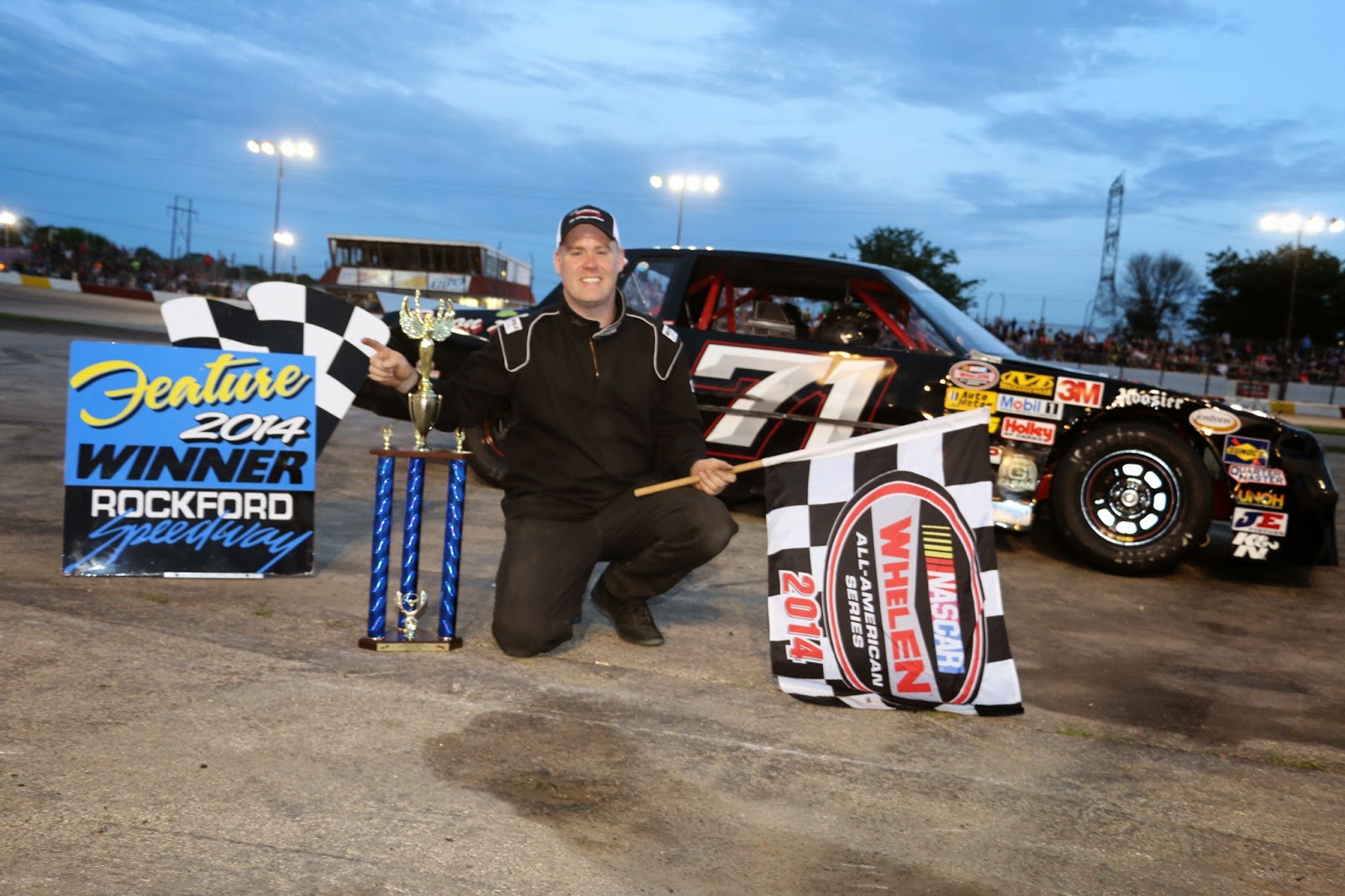 Patrick Featherston II, # 71 Byron, IL wins the 25-lap feature in the NASCAR Sportsman division as he raced tot he front of the field to claim his second feature of the 2014 season. 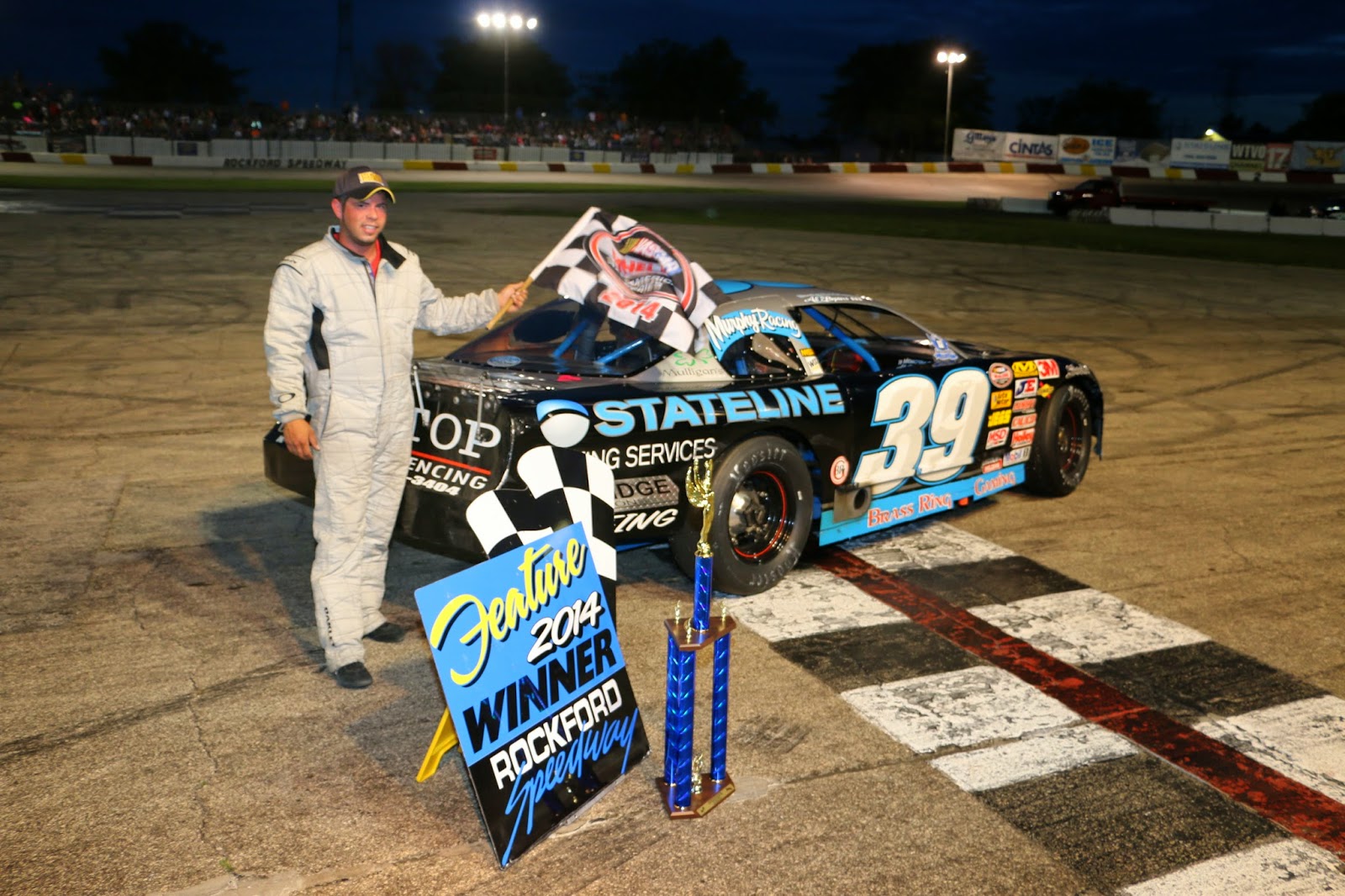 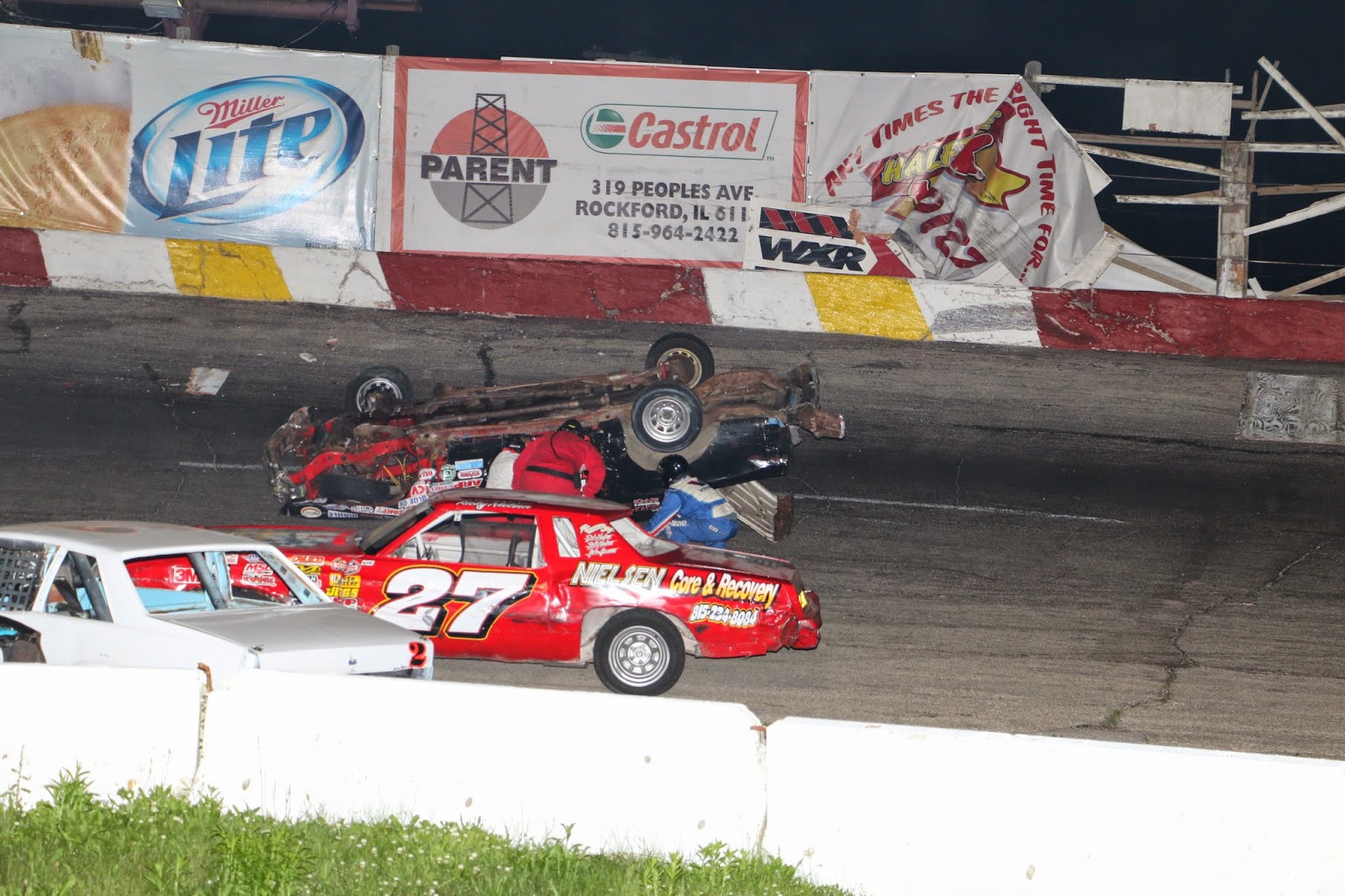 After crashing into the billboards  Dan Sander, # 117 South Beloit finds himself upside down as safety crew members rush to his aid.  Dan walked away from his wall crashing experience. 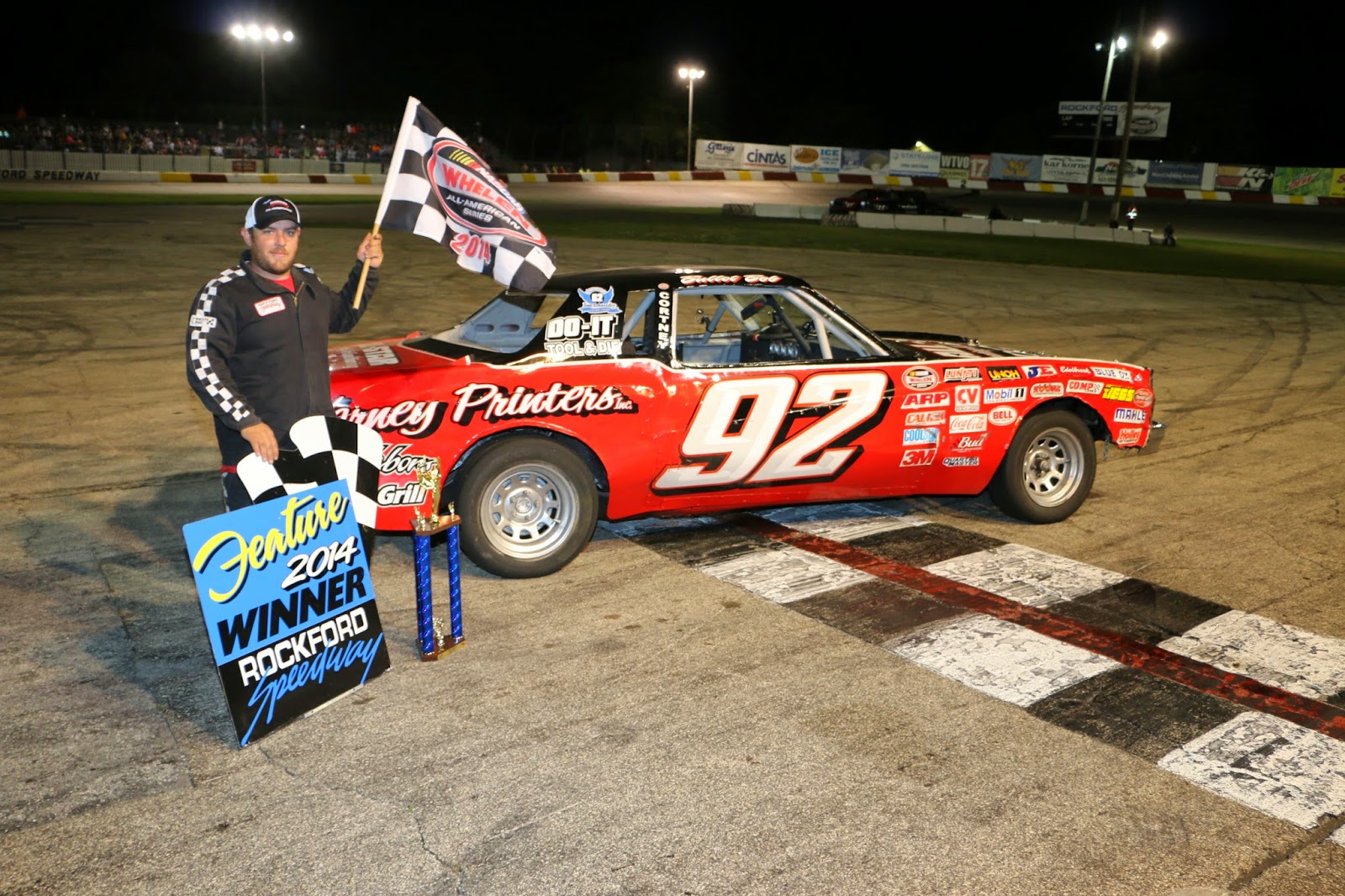 Bobby Frisch, # 92 Beloit, Wis; out raced the field to take the top spot in the NASCAR RoadRunner 20-lap feature. 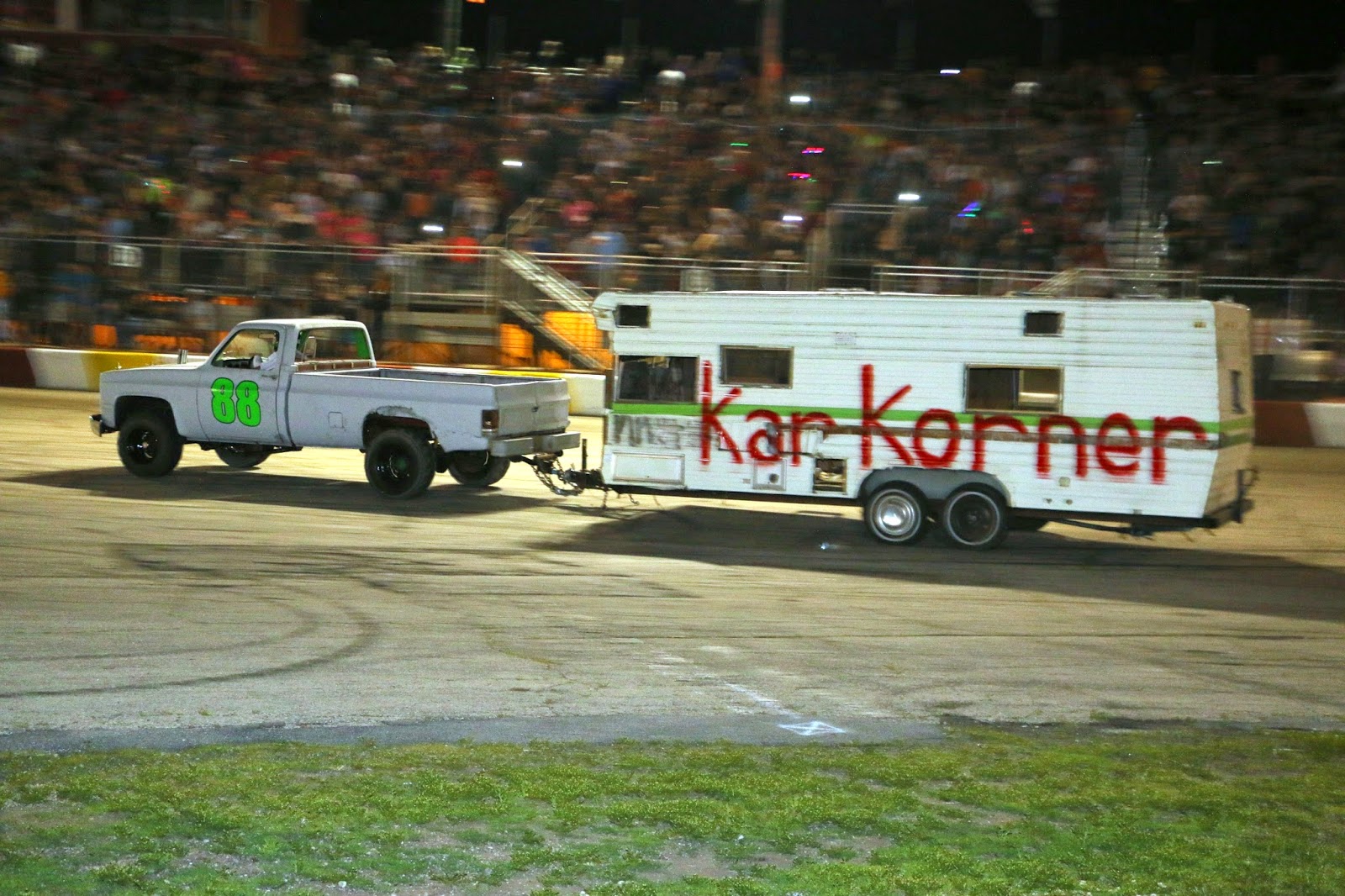 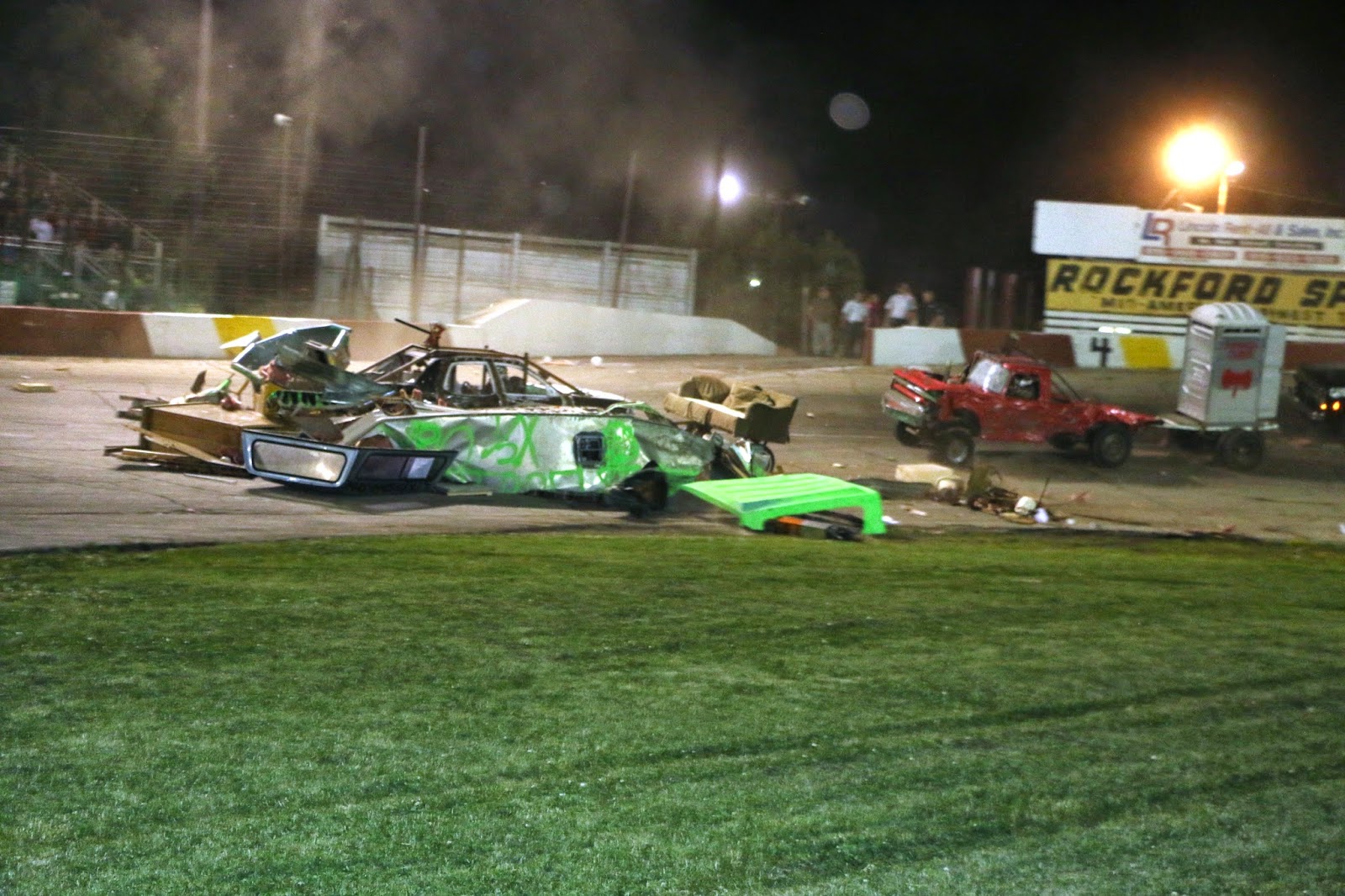 Just some of the destruction left behind during the trailer race. 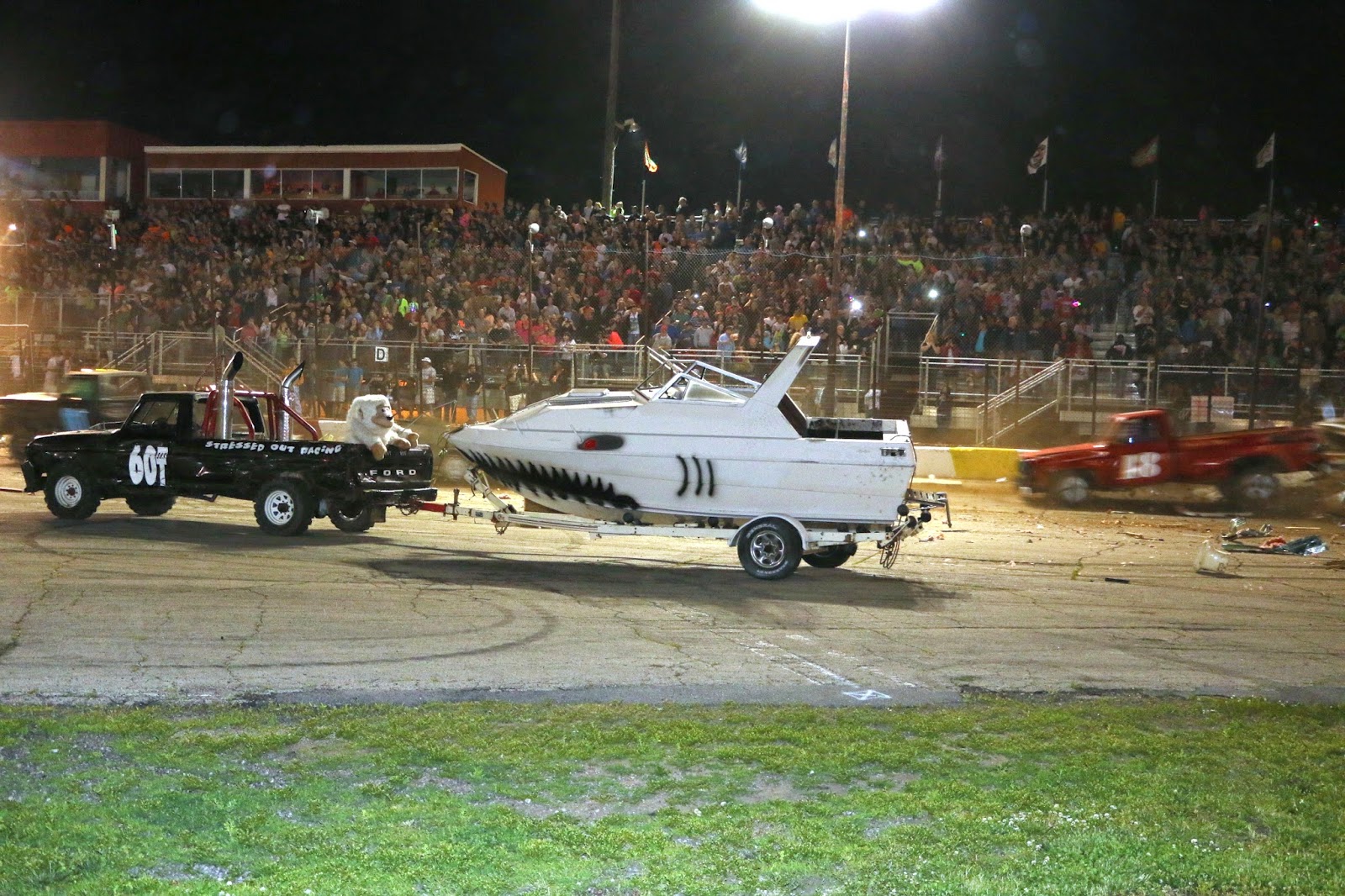 A great white shark found itself in the trailer race looking for his next victim. 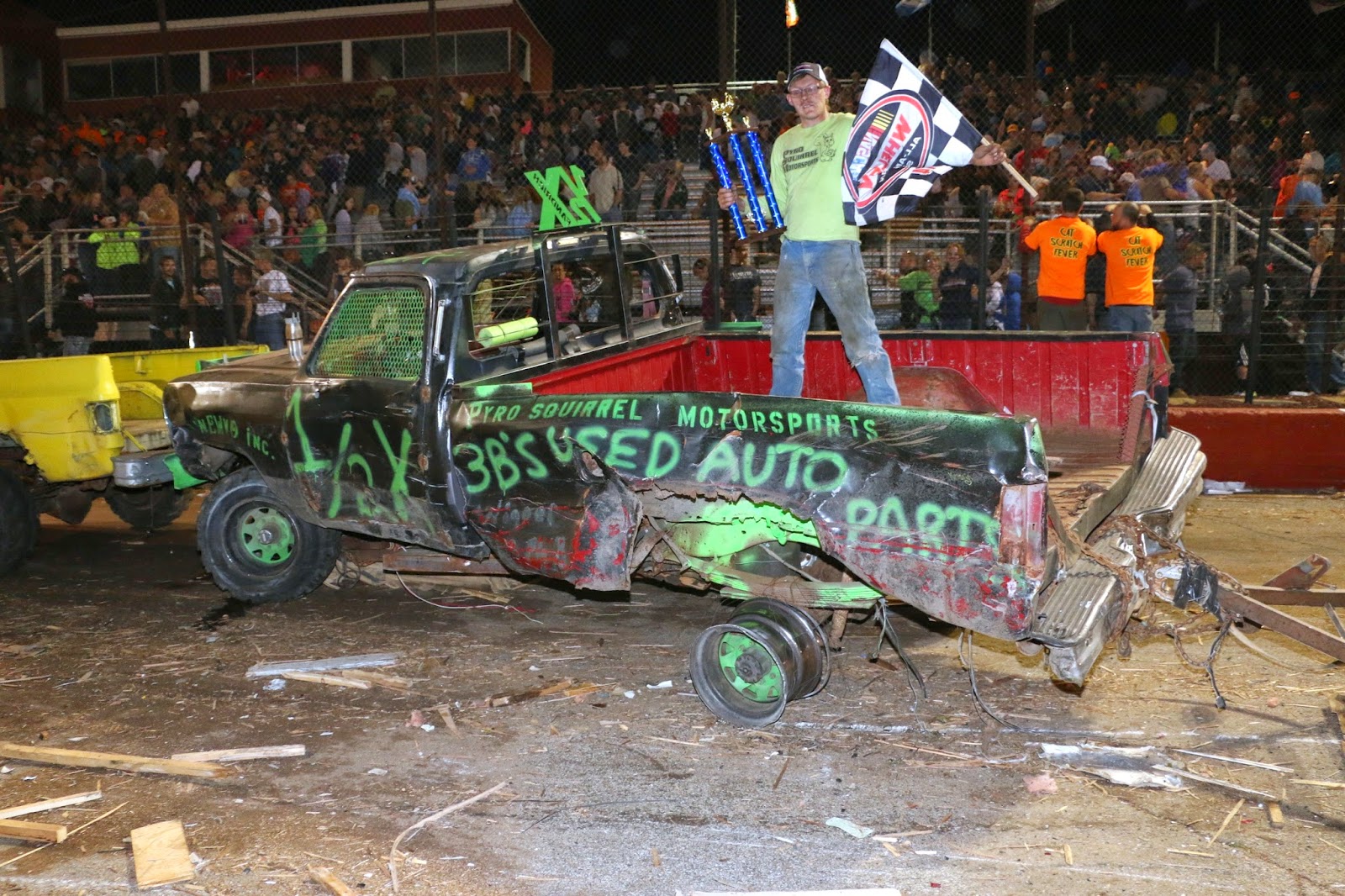 Jeff Fandrich was the ‘King of Carnage’ in the Original Trailer Race of Destruction.