Stars of the Future 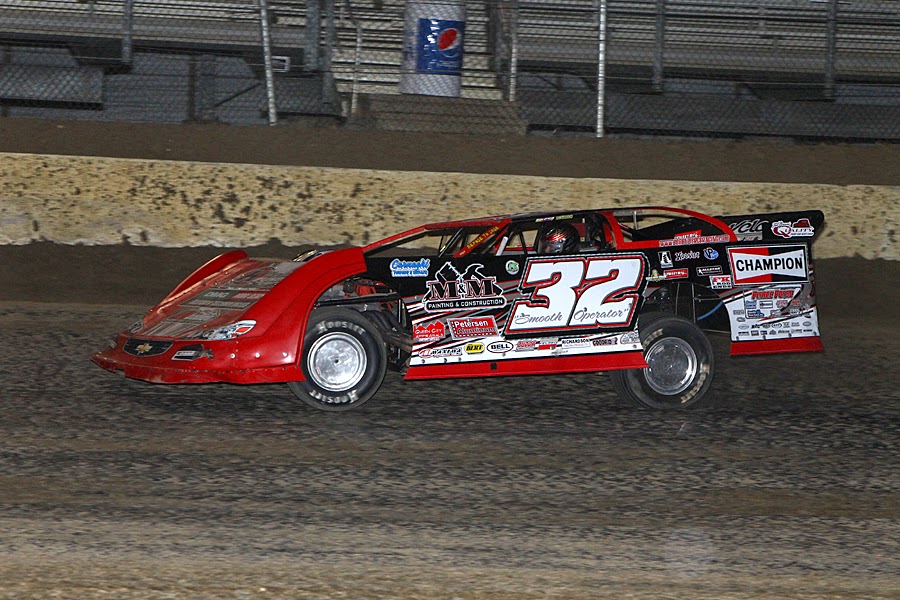 
Davenport, IA - I have this saying about adulthood, “We grow old and our kids grow up.” They too will grow old but for now and in our old eyes they will forever be young. I enjoy watching young people excelling at sport and for me primarily racing. While other sports, mostly the Stick and Ball types where youth pushes even the best older athletes to the rocking chair, Dirt Late Model racing is not like that.
In Dirt Late Model it’s the old proverb, “Old Age and Treachery will be beat youth and exuberance every time.” It’s a fact that the older guys rule the roost in the sport and deservingly so. They’ve invested the time, money and their life to achieve all they they’ve earned. In sports that rely on fast legs and strong knees when being 20 years old is the big thing. In dirt late model the young guys are 30 something and the super stars are in their 40’s and 50’s.
As an old guy myself I love to see the guys I grew up watching still winning races. It makes me feel good to see someone my age like Billy Moyer still kicking butt, running up front and winning. I’m still amazed to watch Scott Bloomquist skillfully throttle around the track. It was like old times this year at the Indiana Icebreaker with Don O’Neal still owning the historic Brownstown quarter mile. The guys that I think are young are really not anymore. Drivers like Shannon Babb, Brian Birkhofer, Brian Shirley, Jason Feger, Darrel Lanigan, Tim McCreadie, Rick Eckert, Dave, Denny and Andy Eckrich, Chad and Chris Simpson are all older and chiseled veterans.
So the question is; who are the stars of the future?
If part of the equation is the stepping stone from weekly racing to regional racing and then onto the national crown jewel stage, I think there are three drivers who are well on their way.
First off is Bobby Pierce, second is Brandon Sheppard and third is Justin Kay. I see these young drivers winning now and long into the future. How far they go, what races they win and laurels they achieve is the crystal ball we cannot see. I’m not a betting man but if I where, I’d bet on 32, b5 and 15k.
I try very hard not to be a doom and gloom guy. I also want to think that the best years and races for dirt late model racing are ahead of us. For whenever the old stars retire there will be a new group of drivers ready to fill the seats, excite the fans and fuel the sport into the next decades. It seems like only yesterday when checker flags waved for Ed Sanger, Darrel Dake, Ron Weedon, Jack Boggs, Roger Long, Jeff Purvis, Larry Moore, Freddy Smith, Buck Simmons, Jim Curry and Gary Webb. Some will say this era was the golden age. As they stepped out of the cockpit new golden boys emerged and the cycle replicates itself to keep racing alive. For every time a driver retires a new driver can emerge having learned from the treachery of old age.
If drivers are not to toil and trouble in the dirt late model bull rings to learn and earn star status, then where do they come from? What comes first, the chicken or the egg? Or better said do future star drivers come from driving dirt late models or from other cars like dirt modifieds? I think the best drivers who could be the next generation of dirt late model superstars have or are currently driving in the (USMTS) United States Modified Touring Series. The rigorous open motor, open wheel travelling dirt series is fast producing some of the best training and experience that money can buy. 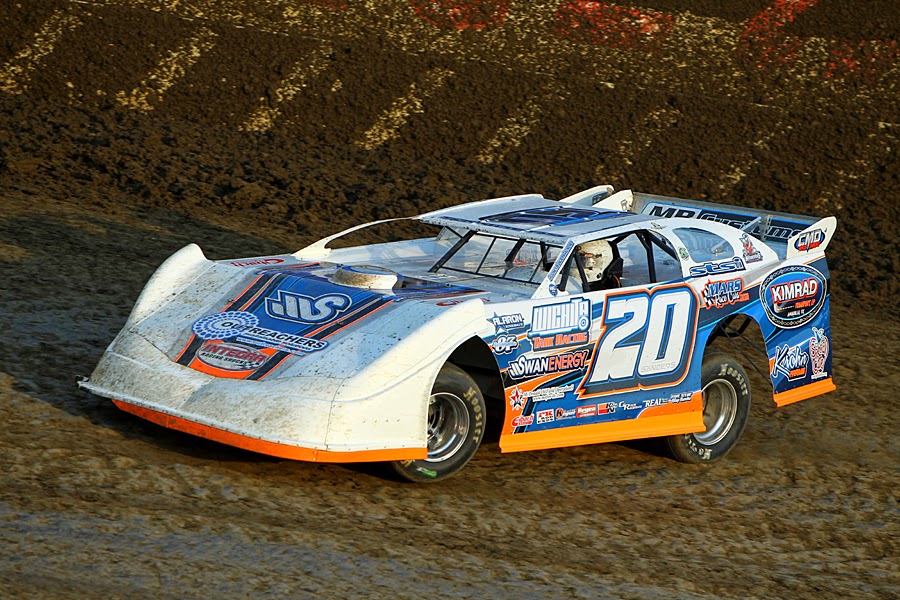 A few weeks back the USMTS came to Cedar County Raceway in Tipton, Iowa. It’s the closest the series gets to me so I went. I was not disappointed. Stormy Scott beat his brother Johnny Scott and I thought, “These guys should drive Late Models”. Let’s look at Rodney Sanders.  He’s a winning USMTS driver and winning a few dirt late model shows proving he’s a threat in any car. I think Zack VanderBeek could easily make the transition and then there is Kelly Shryock. He’s still a heck of a driver and had he stayed with late model he would have won many races like his dad Bob.

Former USMTS drivers making a new name for them in dirt late model are Jason Hughes, Jeremy Payne and Ryan Gustin. Jason Hughes calls the Lucas Oil Late Model Dirt Series home while Jeremy Payne and Ryan Gustin hone their skill in the regional MARS and MLRA series events. Before long these guys will be dirt late model stars.
During the races and years to come it’s eventual that old star drivers will leave our sport and new drivers will emerge. The stars of the future will be young, self-confident and probably full of themselves. It’s funny how this works. They will be just like those who came before them and the sport will humble them and they will learn empathy while cherishing every victory. Only a rare few will dominate the sport and become super stars.
I can’t wait to see who it will be.