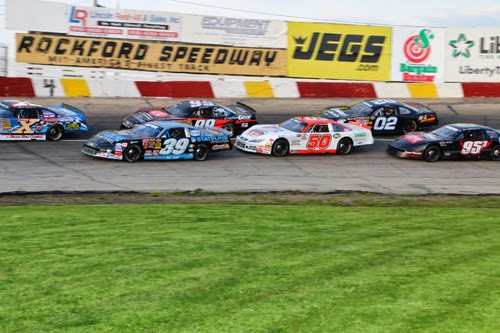 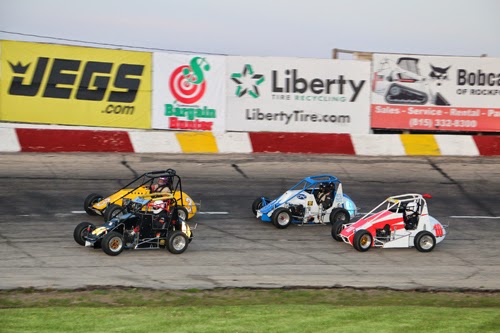 Illini Racing Series action in turn three and four with some side-by-side wheel to wheel action. 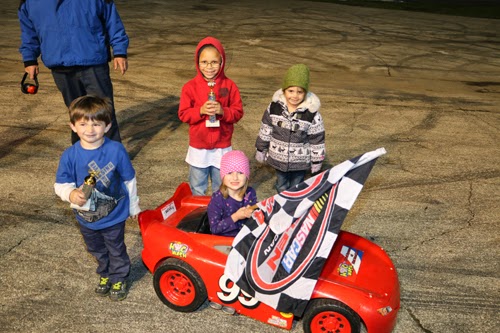 The Hog Wash Mini Grand Prix made its first appearance of the season as these racers proudly display their trophies in victory lane. 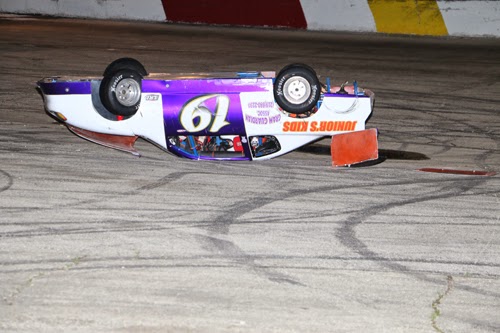 After a triple roll over this driver lands on top of his roof wondering which way was up.  Drivers was able to walk away from this flip on his own power. 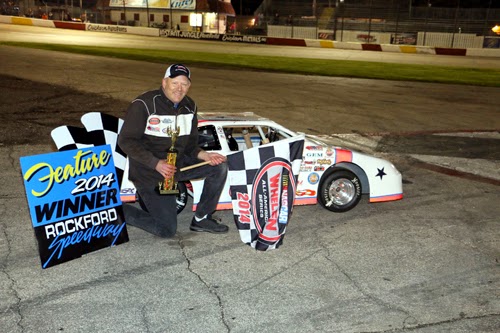 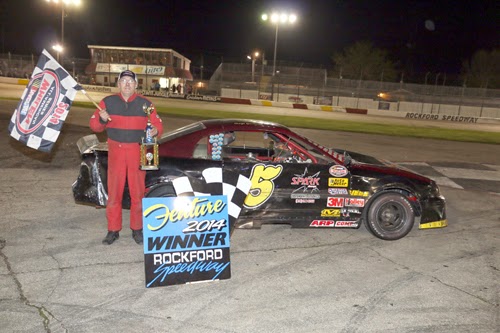 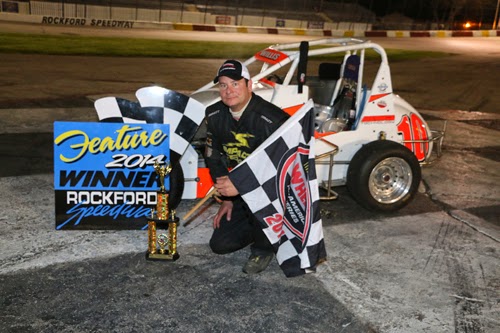 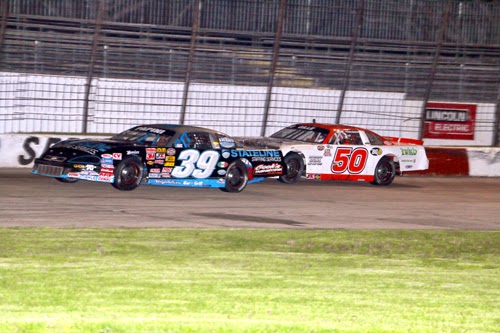 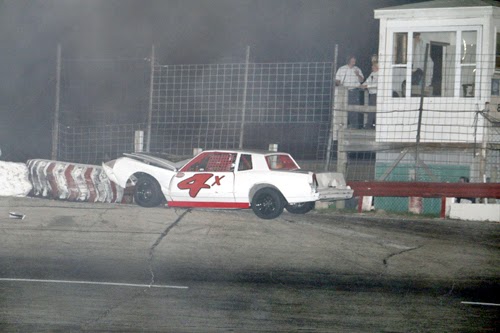 It was a hard hit on the point by the # 4X of Chris McQuality, Rockford, IL who's night came to an abrupt stop in turn 3.  Driver was walked away uninjured. 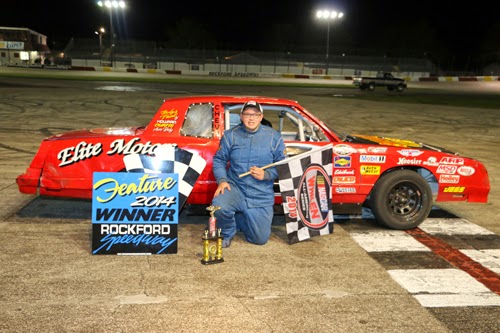 Kyle McQuality #4, Stillman Valley, IL raced to the front of the field to claim the action packed 20-lap Roadrunner feature.