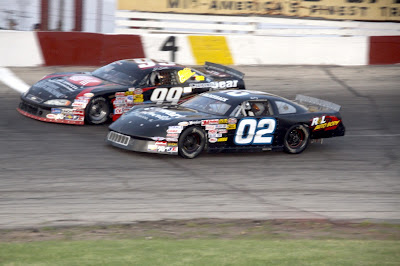 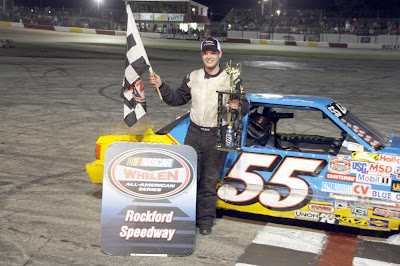 Kyle LaPier shows off his winning trophy in victory lane after posting the win in the American Short Tracker 25-lap feature. 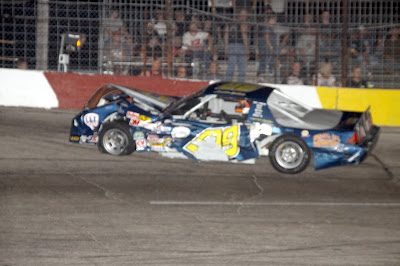 Looking out of focus was #99 Justin Sellers, Carol Stream, Illinois as he limps back to the pit area after being involve in a multi car crash during his feature event. 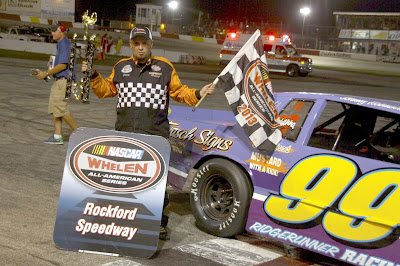 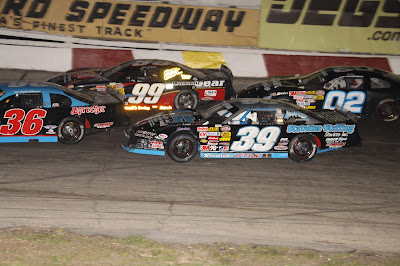 Current point leader # 39 Alex Papini, Machesney, Park, Illinois finds himself boxed in with other competitors as he attempts to overtake # 36 Kyle Shear. 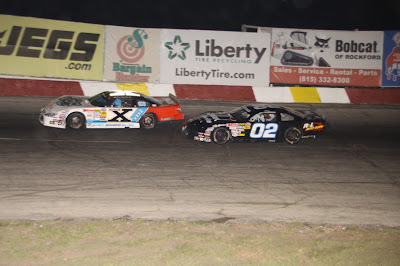 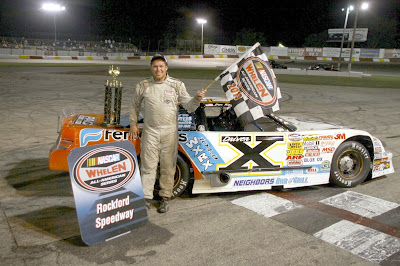 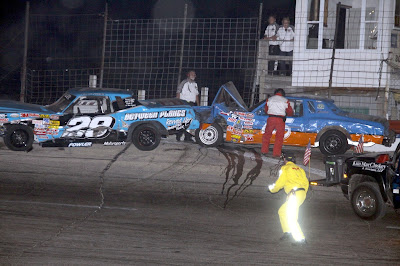 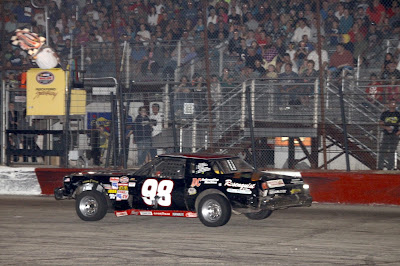 The checker flag waves over head to the 'Ole Man' # 98 Gene Marocco as he crosses the finish line first winning the RockStar RoadRunner 20-lap feature.