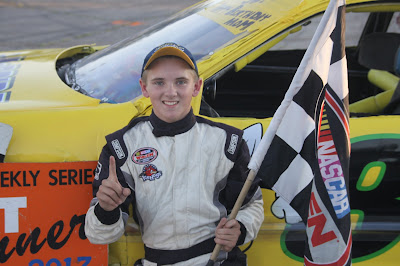 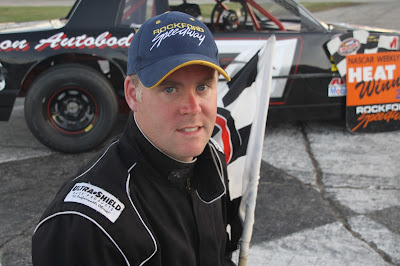 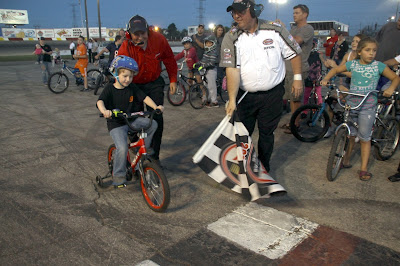 Its not whether you placed first or last; its knowing you took part as this young bike racer gets assistance from Rockford Speedway's GM Gregg McKarns to the finish line. 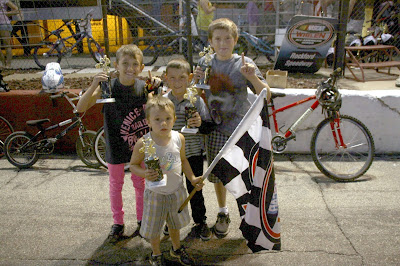 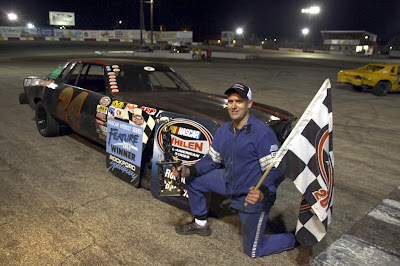 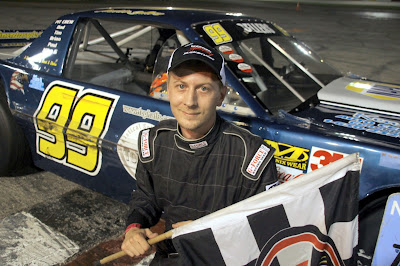 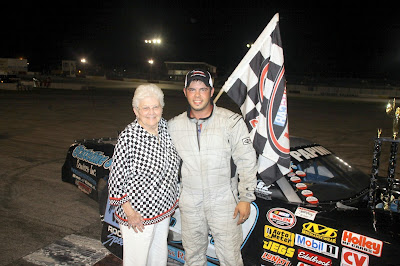 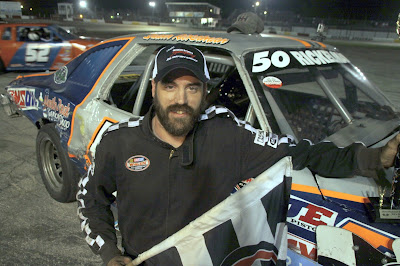 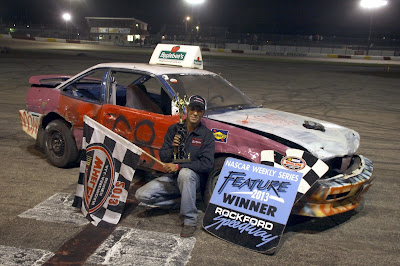