All photos courtesy of Jim Ambruoso 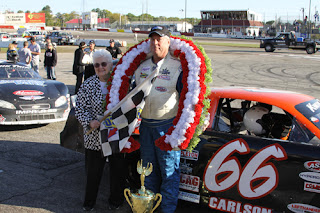 It was a historical day for Steve Carlson, put his name in the record books by tying the late great Joe Shear with his eighth National Short Track Championship.  Pictured with Steve is Rockford Speedway's CEO Jody Deery 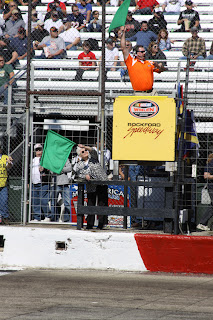 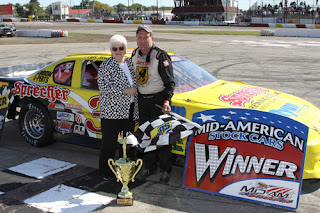 Lyle Nowak has visited victory lane at Rockford Speedway many times but he never did it during the National Short Track Championships, until today.  The seasoned veteran took home the Mid-American Series Mountain Dew 75 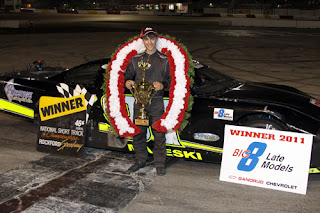 The famous wreath was about two feet off the ground, but Ty Majeski,Seymour, Wis; felt like a bigger man as he held off some of the best Big 8 Series competitors to win Parent Petroleum 108 on Saturday night at Rockford Speedway. 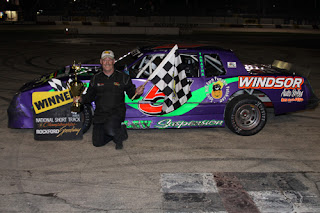 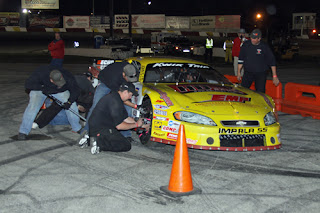 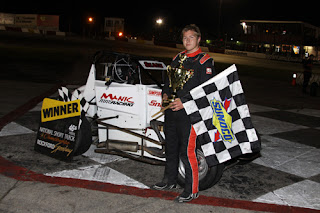 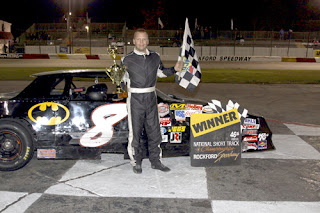 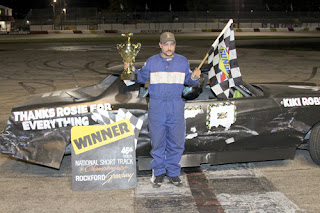 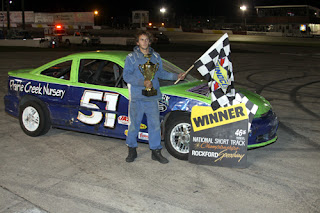